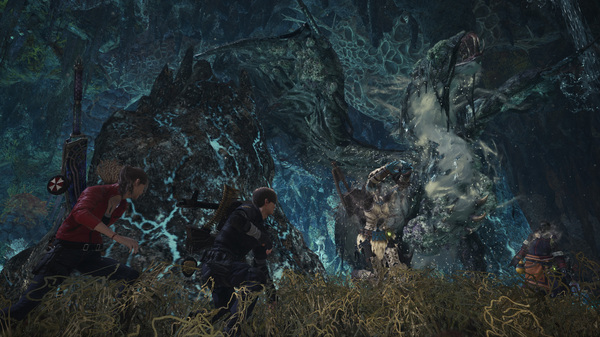 As the headliner for this update, the Raccoon City collaboration features a new take on hunting a Vaal Hazak. Not only is it a Blackveil Vaal Hazak (already a bit different… more of a pain, if you ask me), but the effects of its spores are also out of the ordinary.

To counter the effects of whatever this not-Effluvia is, you’ll need to keep an eye out for Green Herbs (and even Red Herbs for a more powerful combo) on the field. And when you do conquer this peculiar fiend, you’ll get materials to craft Full Armor Sets based on famous Raccoon City survivors Leon S. Kennedy and Claire Redfield. Other rewards include some fanciful Raccoon City themed pendants for your weapons.