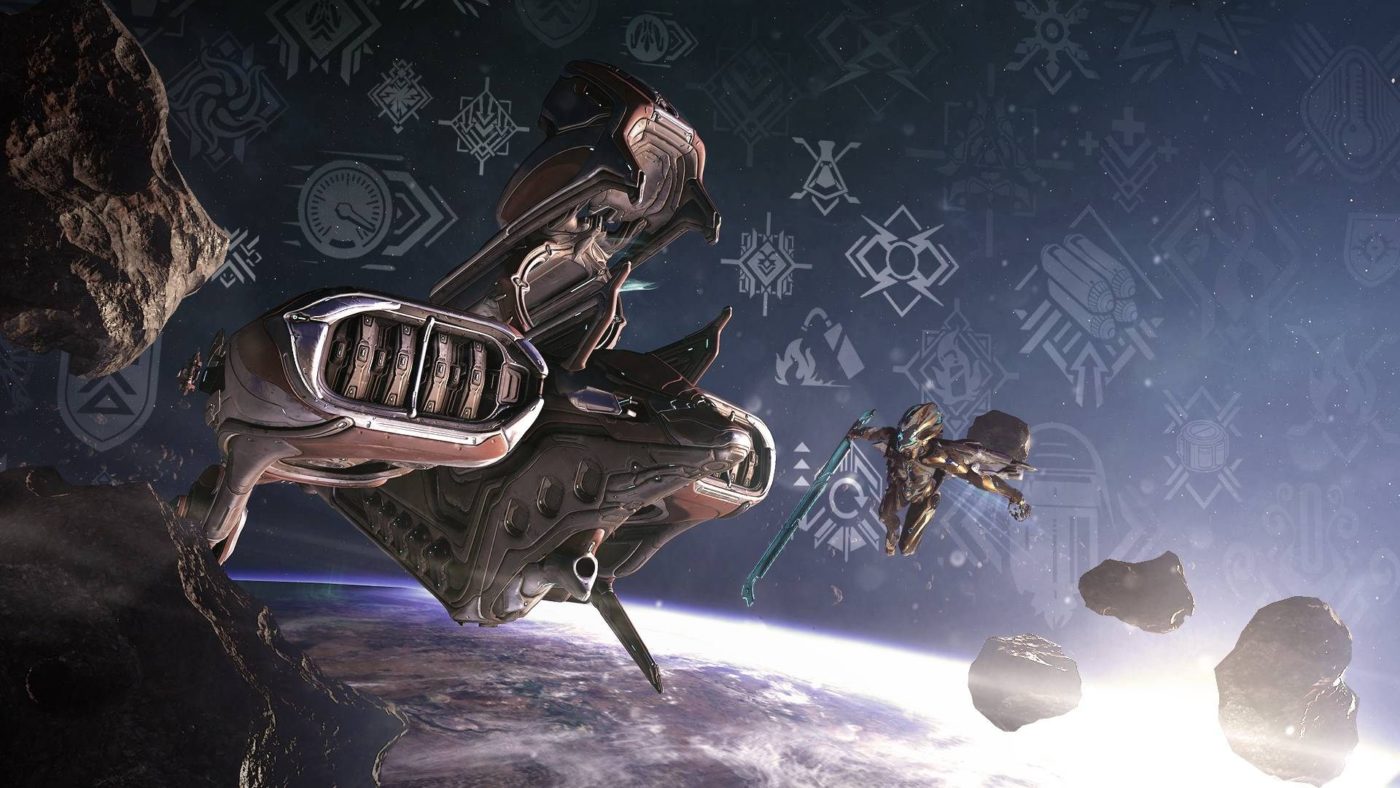 PC Warframe players, Digital Extremes has released Warframe update 27.4 which brings Railjack changes and lots more! Console gamers should see this soon-ish and once we know more, we’ll let our readers know. Check out the huge patch notes list below.

NEW AVIONICS!
Find these new Avionics from Earth, Saturn, or Veil Proximia Grineer Fighters to enhance your Railjack (these values are with Max Rank Avionic and Max Grid Rank):

Cruising Speed (Zetki)
Increase Speed by 80% when no enemies within 3000m.

Ordnance Cheap Shot (Lavan)
Ordnance weapons have a 50% chance to not consume Munitions.

Our Healing AoE / Damage Reduction changes posted back on April 3rd have arrived! If you’re unfamiliar, ultimately what we want is more ‘Healing’ Abilities to work to allow for more strategies to emerge in various mission types. Healing these objectives can serve well as an alternative or a complement to the commonly used defensive Abilities, such as Frost’s Snow Globe, Gara’s Mass Vitrify, Limbo’s Cataclysm. 100% heals is not what we want to do, so we are instead allowing the effects with some objective-specific adjustments as to not trivialize the game modes.

All the initial information can be found in the Dev Workshop:
https://forums.warframe.com/topic/1181914-dev-workshop-healing-defendable-targets/

The following Conclave Mods have been converted/balanced to PvE Mods! If you already own these Mods they will automatically be available in your Arsenal. You can still obtain these Mods via Conclave, but will also be added to Nightwave Series 3: Glassmaker Cred Offerings.

There are megathreads for some of the changes discussed that if you want a better and more detailed explanation, I suggest checking out the Warframe forums.

Destiny 2 Trials of Osiris Rewards This Week – May 1