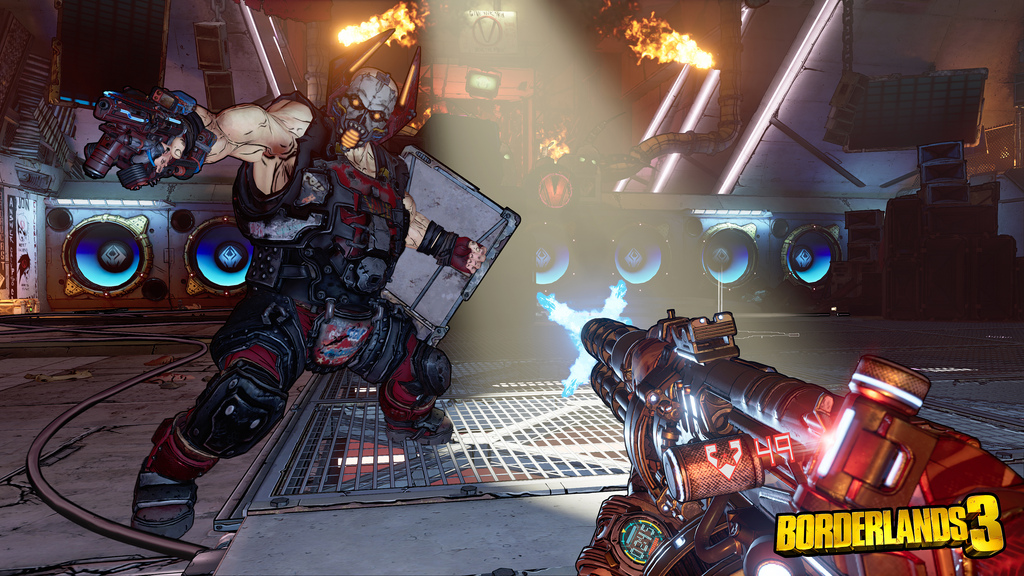 While Gearbox Software has already announced that we’ll be getting hands-on footage of Borderlands 3 on May 1, it seems a few seconds worth of Borderlands 3 leaked gameplay has already found itself on line! Mind you, there’s not a lot in it, but we do get to see the in-game graphics and a familiar face.

The original footage was found on the Echocast Twitch Extension video (via Reddit). While the Borderlands 3 leaked gameplay is nothing special. we do get to see a familiar face in ClapTrap! We also see how the UI (user interface) looks in-game, and oh, what the chests housing all them loot looks like too. Check out the video below. Note that there’s two version of it in case we’re asked by 2K to take them down.

If that wasn’t enough, here’s more leaked footage which we posted a few weeks ago. If you’re not interested in that, go check out the game’s different editions that will be available for gamers. PS4 owners, you’ll get this dynamic theme for pre-ordering the game.

Borderlands 3 will loot its way out this September 13 on the PS4, Xbox One, and PC.