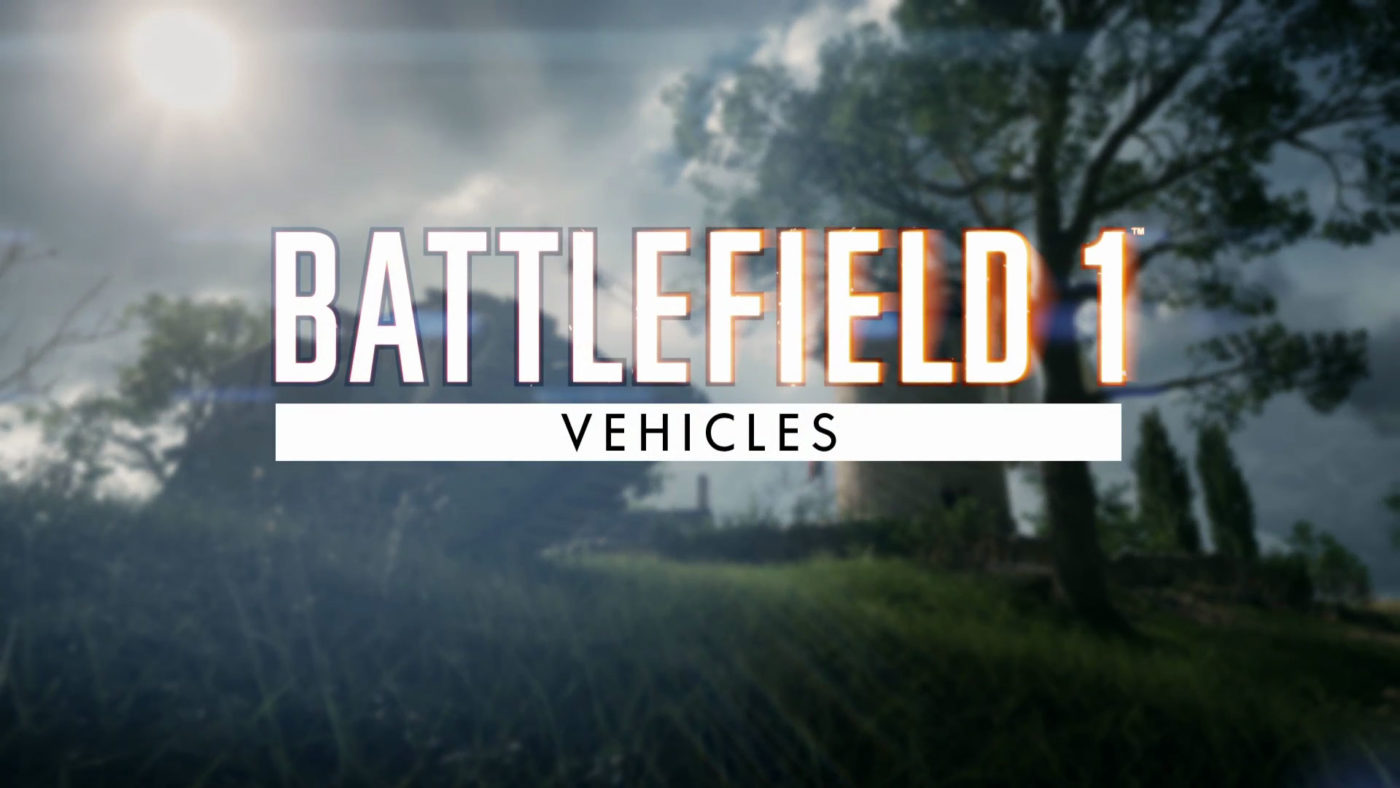 DICE and Electronic Arts has released a new Battlefield 1 trailer today showcasing the vehicles featured in the game.

You can catch the trailer above. Squads gameplay is set to be showcased at Gamescom 2016 in Cologne, Germany. Tune into the stream on August 16th at 12PM PST.