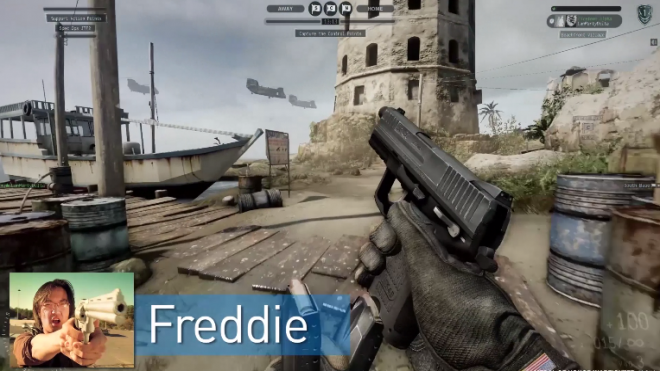 The boys over at Node, Corridor Digital as well as YouTubers Brandon and Freddie Wong get together for a friendly game of Medal of Honor: Warfighter during a recent, post-E3 LAN party.

I say friendly, but who knows what sort of lethal, close quarters gunfights should ensue if things were to get out of hand, knowing these guys.

Check out what went down below, including some amazing gameplay footage of an early build of Danger Close’s upcoming Medal of Honor: Warfighter on the PC. (Gameplay starts at 1:57.)

Earlier, we found out that Freddie Wong was, in fact, behind the recent Battlefield 4 leak! Be sure to read up on the latest leaked Medal of Honor: Warfighter multiplayer details.