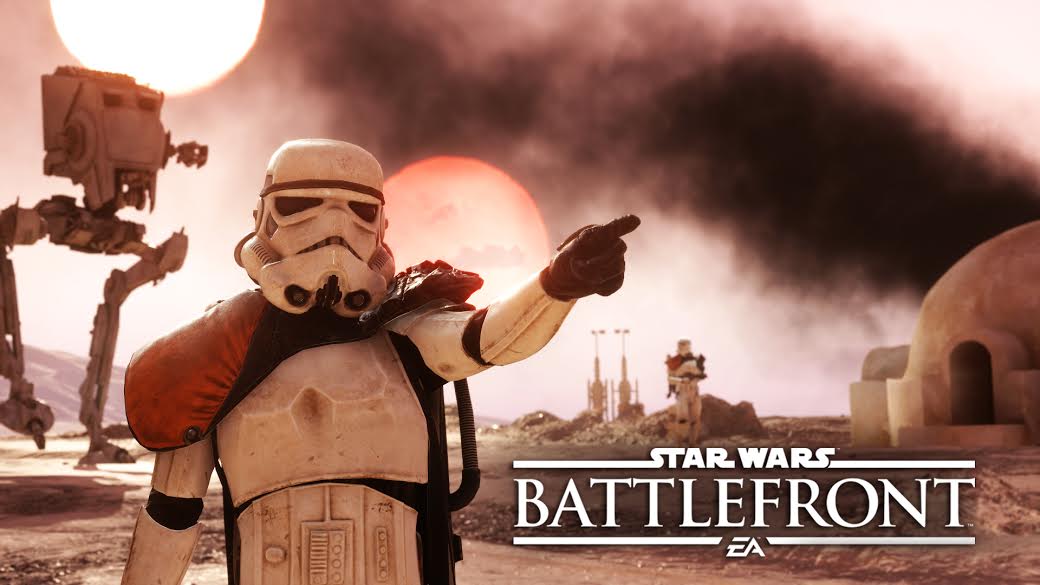 Star Wars Battefront‘s official gameplay launch trailer is here and it looks about as good as any Star Wars movie trailer you’ll ever see.

The crazy part is that it’s all made from gameplay assets, so these are the characters, vehicles, and environments that you’ll see in-game. There are a few shots of some brand new areas we haven’t seen before, as well as a first look at some of the new heroes and villains like Princess Leia, Han Solo, Boba Fett, and The Emperor.

Check it out in the featured section above. It looks fantastic.

The wait isn’t much longer. Star Wars Battlefront launches November 17 on PlayStation 4, Xbox One, and PC.