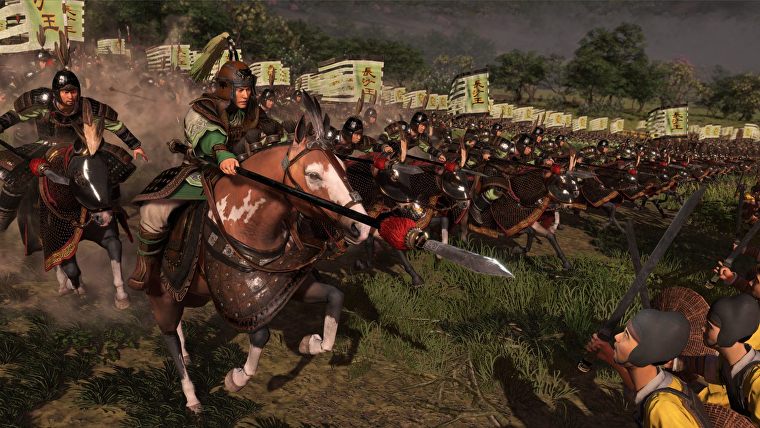 In addition to these new units, Creative Assembly is also adding 17 new armour variants for generals. These armour variants can be generated by buildings in the main campaign, and given to characters.

Creative Assembly has also addressed some of the concerns surrounding the Total War Three Kingdoms Eight Princes DLC. They say that whenever they look at a period of history in which to create a game, the game is always at the forefront of their minds. They don’t even consider a time period if they believe the game would suffer because of it.

The developer wants to make it clear that Chapter Packs are not the only kind of add-on DLC they will create for the game. In fact, they plan to create more DLC like the Yellow Turbans, which will add new factions to the game. To summarise, Creative Assembly say that, if Total War Three Kingdoms Eight Princes isn’t for you, then that’s fine. They believe they are working on a broad enough range of DLC that they will be able to deliver something for everyone to enjoy.

Total War Three Kingdoms Eight Princes Chapter Pack will go on sale on August 8 2019. The Chapter Pack brings a new campaign to Total War Three Kingdoms, and a host of new units, including eight new princes to play as. Each of the eight new princes has their own unique abilities, providing different advantages to players depending on who they play as, and different strategies to make the most of these abilities.