50% off MW3 DLC Deal, Slap in the Face to Premium Elite Members?

by Mat Houchens
in Features

Update 2 – The sale has been officially announced for all three platforms. Major Nelson seems to have jumped the gun with the announcement last week.

Update 1 – It appears that the DOTW from Major Nelson’s blog containing the 50% Off for Modern Warfare 3 DLC was removed “pending confirmation.” Hopefully, this means the information was not accurate and MW3 DLC is in fact not on sale. Who knows if it was pulled because of enough fans complaining about it, but for now the integrity of Elite is safe.

Original Story – In the slightly modified words of Rick James, what’d the 50% off DLC for MW3 say to the face of Elite premium members?  SLAP!  This upcoming week from July 3rd to July 9th, you will find MW3 DLC available for 50% off or 600 MS Points per DLC pack. For some, it’s no big deal as they had the content months ahead and got to play it first, so it was worth the premium cost. To others it shows the lack of loyalty and customer appreciation to those players who bought into the subscription model and paid full price for an Elite premium subscription.

Just to set the record straight, I did not pay for my Elite subscription as I received a free hardened edition for attending Call of Duty XP last year.  Regardless of this fact, I still find it rather disheartening to know that Activision cares so much (insert sarcasm) about this subscriber base that they wanted so badly to get on a yearly subscription for content that they then discount the DLC packs 50% just months after they were originally released. Black Ops DLC discounts… I can dig it. The game is over a year old and no more new content is coming for the game, it makes sense. 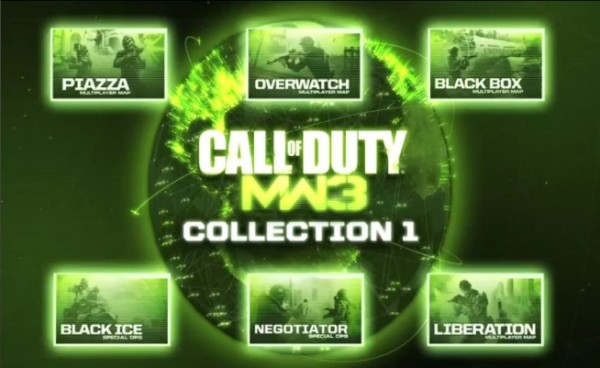 How can we, as Call of Duty fans and enthusiasts, have faith in this Elite subscription model when such blatant disregard for the system is shown by discounting DLC just months old for the current game with more DLC coming soon?  This doesn’t sit very well with why I should renew my subscription this upcoming year. Why pay full price for a subscription when I could just wait a couple months and get the DLC for 50% off?  I just feel this sets a very bad precedent of what kind of priority premium members are to the video game giant. The way the hardened Black Ops zombies maps were handled last year was perfect. They held out for nearly the full life cycle of the game giving great justification for paying for them up front and even when they were released, they weren’t free or at a discount, you had to pay full price.

Am I off my rocker or do you guys agree that giving discounts on the MW3 DLC this soon just shows there’s no reason to buy into the Elite subscription model? Do you feel like you have a hand print on your cheek?

Get Your Study On With This Max Payne 3 DLC Overview