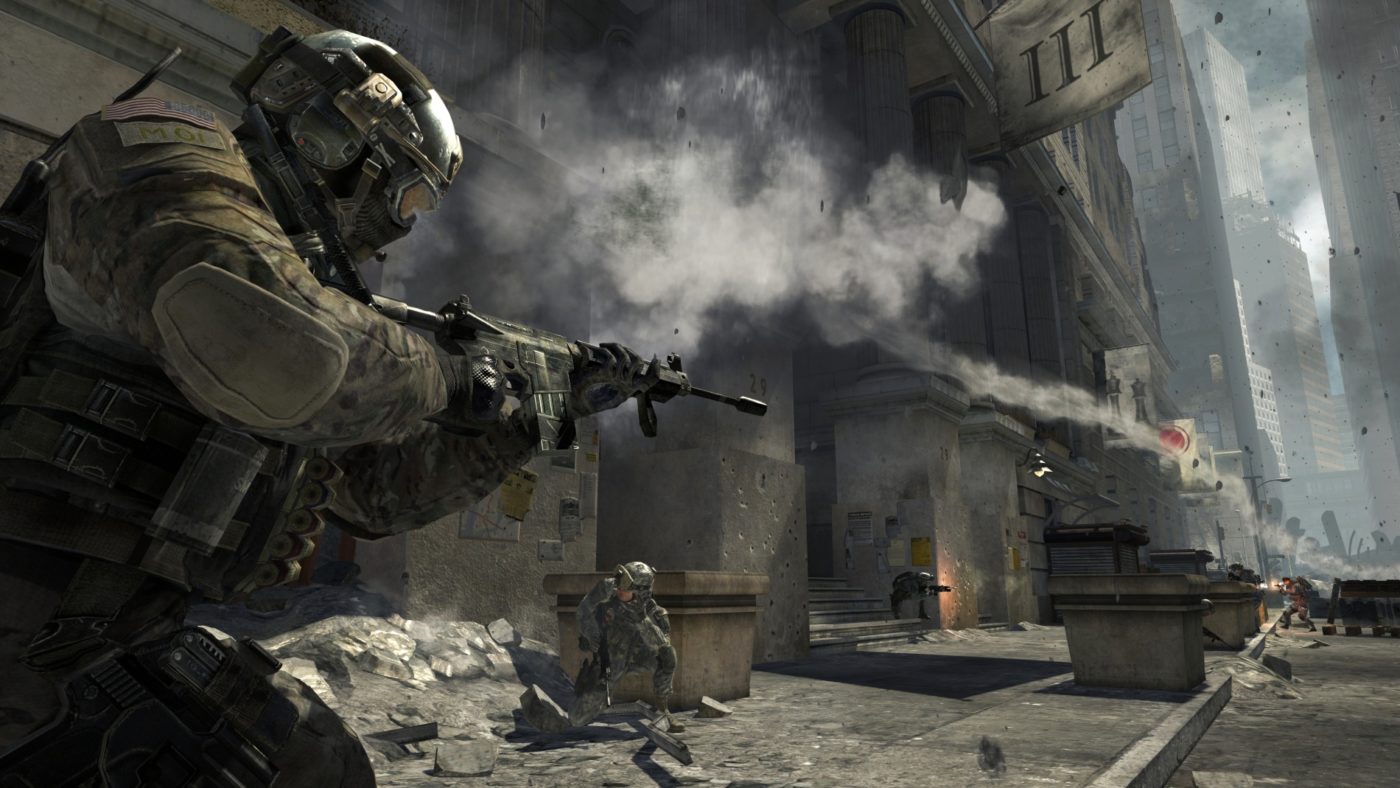 There’s a wave of change sweeping the gaming landscape.

Indie developers are quickly becoming the titans of the industry because they are giving gamers something more than sequels. While it might not mean triple-A developers are done for, the communities behind their games are gaining more control than ever before over the kinds of games they create.

The beginning of the end?

In 2005, writer Clay Shirky gave a lecture as part of a series of TED talks. In his lecture, he talked about how the internet is reshaping the world from a place where institutions provide solutions for everyday needs and problems, to the masses providing their own solutions. It used to be that if you wanted something or needed something done, you had to find a company that provided the services or solution to your problems and/or needs. Now, we have Etsy, Wikipedia, endless forum posts on anything and everything, social media, and a host of other known and unknown outlets providing solutions to everyday issues that only going to a library or college could solve just under a decade ago. This paradigm shift has affected the gaming industry as well.

DayZ is the result of people making new solutions (mods) to solve existing problems (lack of something in a game). Indie games are often a collaborative effort between large and small groups of people that never actually meet in person contributing various bits and pieces to the project. Some indie games, like Minecraft and Hotline Miami have exploded because they offer something no triple-A developer could ever hope to accomplish, something original that isn’t familiar or friendly to first time players. Valve is one of the few companies that realizes how valuable crowd-sourcing is. Their Early Access program is Valve recognizing that indie games are exploding right now and their developers need a safer environment to create their games to maintain a sustainable flow of content. It provides upfront funding, taking pressure off the developers and allowing them to be a little more ambitious with their games, and it’s working.

If you look at the most purchased games on Steam since DayZ’s alpha release, you’ll noticed that Rust and DayZ have dominated the top two spots, not even being bested during the Steam winter sale where triple-A games like Batman: Arkham Origins and Assassin’s Creed 4 were discounted up to 50%. 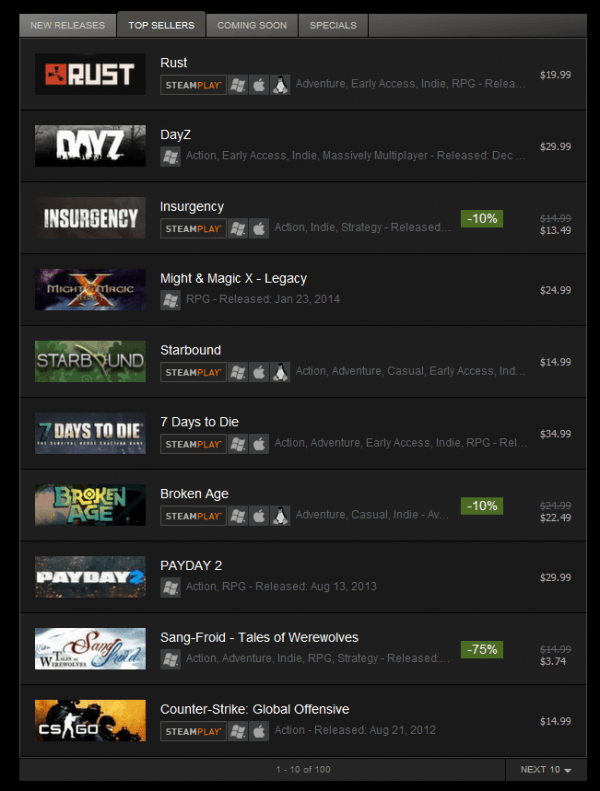 More importantly though is the fact that both DayZ and Rust are unfinished games being sold with disclaimers saying as much.

What this shows is that gamers, at least on PC, are tired of triple-A games being released with massive bugs, missing content, bloated DLC, microtransactions, or just a general lack of value. Gamers in general are getting tired of the same annual releases from developers like Ubisoft and Activision. The problem for triple-A developers is that the pace they need to produce games at to compete with the likes of Payday 2, DOTA 2, DayZ, Rust, Insurgency, Chivalry, or Starbound, is too fast for them to do anything other than recycle the same content every year and hope to buy up a new IP every few months. Ubisoft has employed over 1,000 people to make Assassin’s Creed an annual title ever since AC2 was released. There is no way for 1,000 people to communicate effectively when they’re grinding tooth and nail just to meet a deadline, and it shows. AC3 was an utter mess of a game with half-baked mechanics and poorly written storylines and AC4, while a big improvement, is obviously just a refinement of what people liked about AC3 with less of what they didn’t.

But imagine if Ubisoft had put out a beta for AC4. Maybe published some authoring tools so that people could contribute their ideas in the form of realized content. Perhaps there would have been more than a handful of recycled enemy types. Maybe then the story would have been more cohesive and nonsensical. And maybe the PC port wouldn’t have been an unoptimized mess. You can’t help but think of these things and then look at what Bethesda did with Skyrim in releasing mod tools and supporting the communities utilizing them. How many hundreds upon hundreds of hours of playable content and thousands of unique items are now available thanks to Skyrim being open to modding? How much value do all those mods add? In short A LOT. In fact, it stands to reason that part of why Skyrim was so immensely successful was because, every day, new free playable content is pouring out of the community behind it. 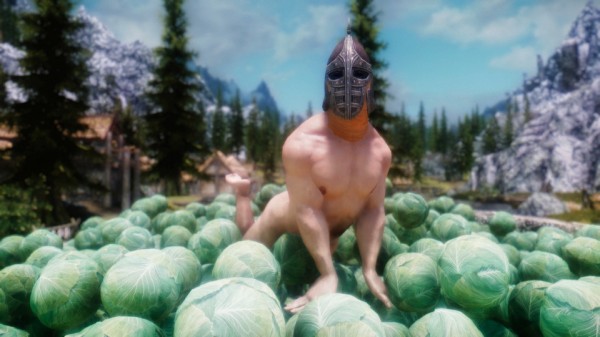 It’s obvious that the big institutional staples of the gaming industry like EA, Activision, Ubisoft, and even Nintendo are struggling to keep up with the Notches and Dean Halls of the world and that they’re throwing money and people at their problems faster than they can make and hire them. Eventually, triple-A developers are going to have to adapt to provide their employees the freedom and resources to make games like Star Citizen and The Banner Saga. The biggest hurdle for them, is of course, risk. When you spend over $200M on a game like the Elder Scrolls: Online, you can’t afford to have it fail and relying on the next Minecraft to be something one company can come up with every year is a serious gamble.

What happens if they fail?

Triple-A developers disappearing isn’t all sunshine and rainbows though. Star Citizen and Kingdom Come: Deliverance both rely on CryEngine 3, a technology developed by Crytek, the bigwigs behind Crysis and Ryse. If developers like Crytek disappear, who’s going to make the cutting edge technology a lot of indie developers build their games with? It stands to reason that DayZ wouldn’t exist if it weren’t for the ARMA II engine and it’s mod support. Minecraft runs on Java. Insurgency and Titanfall are both powered by Source, though I don’t think you’ll catch anyone calling Titanfall “indie.” If the companies that can afford to spend millions of dollars developing Frostbite 3 and Ignite stop existing, what will happen to game development in general?

It goes without saying that while the Falskaar mod for Skyrim, which added over 20 hours of gameplay content and a whole new world to Skyrim is amazing, the lack of professional voice actors, a big team of engineers, artists, and writers, shows. While I’d be willing to drop $10 or $15 on Skyrim DLC, Falskaar would be hard pressed to get much more than $5 out of me without getting that extra layer of polish that comes with the kinds of resources Bethesda has to dedicate to DLC development. While it might mean that the average price of games would go down considerably if triple-A developers disappeared, it would also mean that overall quality of games would become much less predictable. That’s not to say that Battlefield 4 or AC4 are perfect, but it’s also very rare to see indie games reach the same level of scale and quality that they offer. More often than not we see indie developers making ugly or outdated-looking games that play really well (Binding of Isaac, 7 Ways to Die), or games that look fantastic and almost cutting edge (Nether, Dear Ester) that either don’t play that well or offer much in the way of actual gameplay. Indie games that deliver in both areas, like Shadow Warrior or STALKER are normally too niche to appeal to enough consumers to be profitable in the same way that games like Bioshock or The Last of Us are, which makes indie developers wary of pushing themselves as the risk of little or no reward is very high and the cost of making ambitious games can be fairly severe.

Personally, I think there’s always going to be room for bigger fish in the sea provided the old ones go extinct. Eventually, even bigger companies and developers are going to replace the Respawns and Naughty Dogs of today. Whether or not they’re “indie” companies remains to be seen, but either way, gamers can expect plenty of new stuff to play for years to come. Personally, I’m really excited to see games like Star Citizen being built on triple-A technology and funded by gamers through things like Kickstarter and Early Access. It gives us more input on the way games are made and more control to dictate what the industry does next than ever before.

What are your thoughts? Do you think triple-A developers like DICE and Respawn will be able to keep going as they have? Are you excited to see what happens if indie developers replace triple-A companies as the kings of game development? Let us know in the comments!

New Killer Instinct Devs To Be Revealed After Fulgore’s Release, Lobbies To Include 8 Players