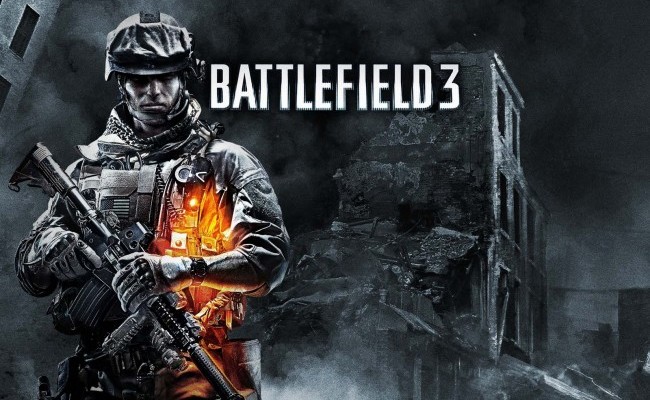 Before reading on, make sure to check out one of our earlier articles; Battlefield – Three Ways to Improve Your Game, where we cover some rudimentary elements to help make you a stronger player. From here, we’re going to get a little more picky, and gear our tips more towards how to shine in the upcoming Battlefield 3. NOTE: Some of these tips have been conceived during rigorous playing sessions of the Battlefield 3 Beta and could possibly change as things are altered in the game itself.

1. Use the spotting button! Not just for spotting, but also as a basic communication tool. Remember, you can use it to ask for ammo/health, to hitch a ride with a teammate, and to give squad orders. On the flip side, make sure to listen for those audio cues as well, especially if you are playing as either the assault or support class. This is essential if you are playing without a microphone. You can spot by pressing “select” on the PS3, “back” on 360, and “Q” on PC.

2. Listen to the sounds. Listen for those footsteps and any other audio cues that would give you the drop on your enemy. In Battlefield 3, If you hear that *snip, snip* sound, RUN! That usually means you are about to be knifed in the back. Also, listening to your own teammates will really help you out with your situational awareness. If you hear that “tango down,” you’ll know he’s taken out the enemy you may have been chasing.

3. Hip-fire. It’s more accurate than you think. Not only does it increase your reaction time, but it allows you to make sudden changes of direction. Great for those triple feeds!

4. Walk around corners. Try not to run through CQB scenarios. There’s nothing worse than being caught off guard and not having enough time to react. If you can master this along with hip-firing, you’ll be a CQB beast!

5. Move with purpose. Think cover to cover. You don’t need to memorize the map, just approach your objectives carefully and study the lines of sight. Running out in the open usually never ends well!

6. Don’t run straight, don’t stand still. This one’s fairly obvious, but running in a straight line makes it easy for those enemy snipers to estimate where you’r going and to line up their shots. Vice versa, a handy technique to avoid being counter-sniped is to constantly move in circles while trying to line up your own shots.

7. Go prone when getting shot. This can be tricky. If you are caught out in the open, then going prone will lower the total target area, but it could alo give them a clear shot at your head if they are in front of you. Try to move in such a way that there is always cover at your feet so you have the option of going prone behind it. Another technique to try out is the jump to prone technique. If you start getting shot from behind, try jumping and turning 180 degrees at the same time and immediately drop to prone. This will make life much harder for your enemy.

8. Change your rate of fire accordingly. Switch to single or burst-fire. This is especially important if you are low on ammo and for weapons like the SCAR-H that have a small magazine. Also great for taking out those enemies at a distance. If you are using full-auto, it’s always a good idea to burst your fire anyways.

9. Don’t be afraid to adjust your sensitivity. If you’re a CQB kind of player, having a higher sensitivity can really help you with your hip-firing, or if you’re ever caught between two or more opponents. If you like attacking from afar, you might consider lowering your sensitivity in order to line up your shots more accurately. If you want to jump into the air, do a 360 degree turn, and immediately shoot someone with your sniper rife… don’t.

10. Play single-player to learn the vehicles. Some of the vehicles can be quite tricky to learn in the Battlefield series. However, they’re usually included in the single player at some point and provide you with a great opportunity to practice without any live players. No sense wasting a perfectly good jet now. And please, don’t camp the helis or jets. There are better things that you could be doing. Grab another vehicle and wish for better luck next time.

11. Follow up sniper shots with your pistol. Those bolt-action rifles don’t always reward you with one-hit kill body shots. However, they will usually drop your opponents health low enough that firing one or two rounds from your pistol immediately after would be all it takes. This, if course, holds true if you are using any other weapon and find yourself needing to reload in a tricky situation. It’s always faster to switch to your secondary. And pistols in the Battlefield series ain’t no pushovers either.

12. Turn off your flashlight if you are outside or don’t want to be noticed. You might as well be perma-spotted running around with that bright light on all the time. Save it for those CQB situations.

13. Use the laser sight in conjunction with any optic that doesn’t provide you with some sort of red dot or triangle. You may have noticed that on some scopes, it’s hard to see where the center is while in dark areas, since the black crosshairs blend in with the dark background. Having a laser sight will always give you a good indication of where your bullet will land.

14. Switch classes accordingly. Let’s say, for example, that you are the attacker in a Rush match and things aren’t looking too good. Your tickets are running really low. At this point, it may be a good idea to switch to the assault/medic class, if you aren’t one already, to be able to get some of those tickets back and give your team a fighting chance. Also, if your are getting pounded by those enemy tanks/helicopters/jets, it couldn’t hurt to have an extra engineer on the team.

15. Last, but definitely not least: PTFO – Play The Objective!

Of course, these are only our tips and we probably haven’t covered them all. Make sure to leave yours in the comment section below!

MW3 – No Deep Penetration On SMGs – More on Explosives, Pointstreaks, and Anti-Cheat System

DICE: BF3 on “PS3… A Focus From The Start” and Caspian Border on Console Beta a Possibility