The proxy-battle between EA and Activision started long before Battlefield: Bad Company 2, but ever since, the flame-war between Battlefield and Call of Duty fans has gotten so heated, it sneaks its way into almost every discussion between military FPS fans. But the question remains: can these franchises be compared at all? So I installed my old copies of Battlefield 1942 and Battlefield 2, re-downloaded my CoD collection, and tried to make some sense of all this.

I went in with one mission: figure out what these games really are, what they try to be, and what they compromise to get there. Does this mean I’m going to rant about my favorite franchise for a dozen paragraphs? Not intentionally, but I think it’s worth the risk!

I can’t be completely objective, so keep in mind, this is just my opinion. I’m not here to dictate how YOU have to look at these games, but I promise I’ll try to address everything I can, paying special attention to what the communities are concerned about.

And to be fair, feel free to ask me any questions about MY biases in the comments section.

Battlefield is a military-themed first person shooter, with a focus on large-scale tactics, maximalist combat, and objective-based, team-oriented gameplay.

Call of Duty is a military-themed first person shooter, with a focus on individual skill, infantry combat, and versatile gameplay.

Battlefield puts a great deal of emphasis on teamwork. One of the ways it does this is by making the player assume a class. Every class has a specialization, whether it be infantry combat, vehicle combat, maintenance, medicine, support, or recon. Regardless, no one class can win a battle alone. A good player is expected to perform the duties of his/her class.

Call of Duty puts far more focus on the individual. While it too implements classes, their primary purpose is not to enforce any particular responsibility, but to RE-inforce any style the player wishes to play, whether it be highly aggressive, stealthy, or supportive. The game adapts itself to serve the player.

As a result, Call of Duty’s classes offer much more freedom, but can often result in incoherent gameplay. Battlefield’s classes, by contrast, are much more restrictive, but actively reinforce the reliance on teamwork that the franchise is famous for.

Battlefield, as one might expect, aims to recreate real-life battlefields, complete with massive maps, massive teams, and massive vehicles.

Yes, you can drive this!

Call of Duty, on the other hand, focuses mainly on frenetic, close-quarters fighting. 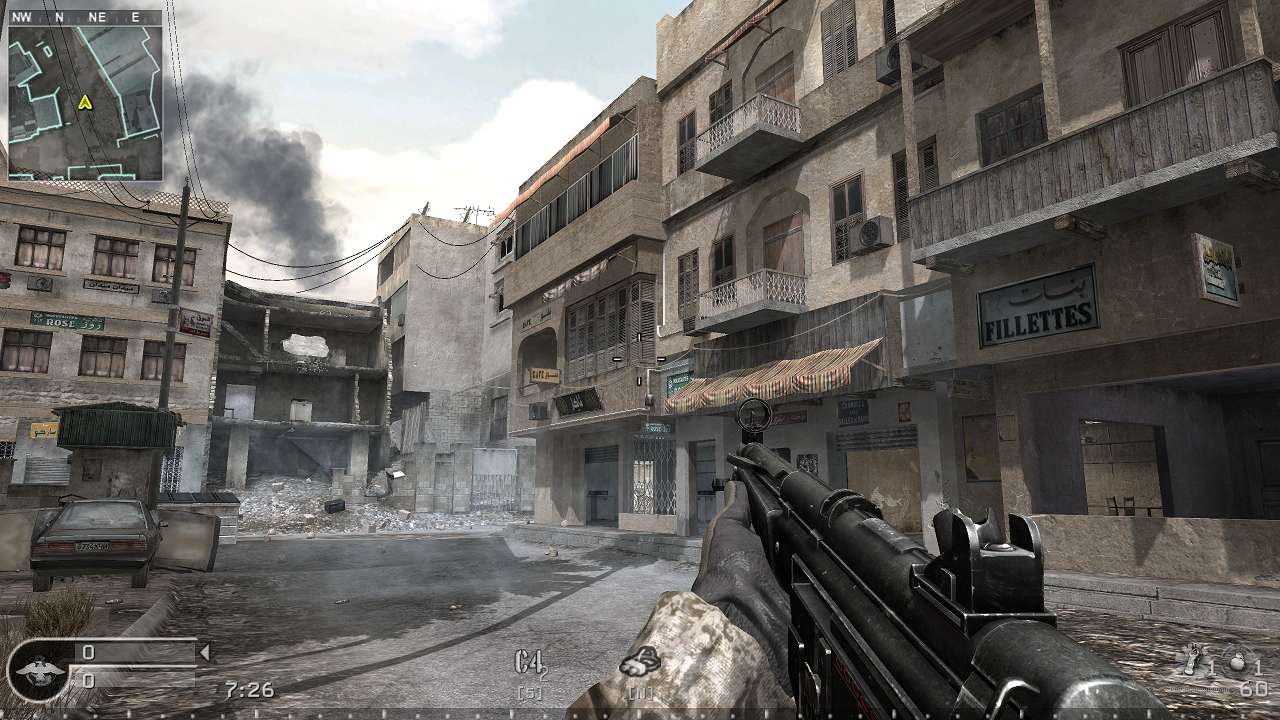