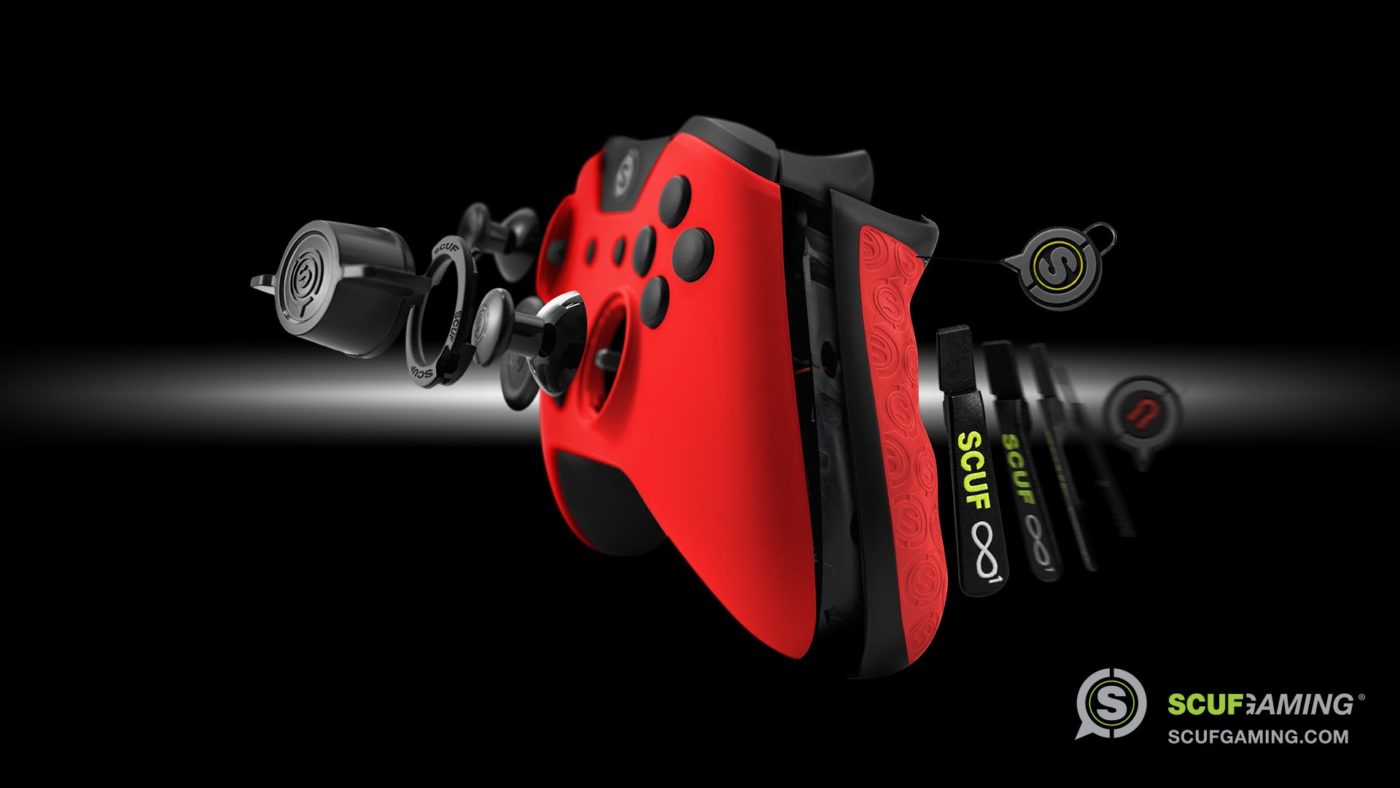 Last year, we reviewed Scuf Gaming’s debut professional controller for the Xbox One, praising the SCUF One’s ability to improve aiming and movement capabilities in any first-person or third-person shooter while making the whole gaming experience a lot more comfortable on the hands.

Since then, the company has made a number of upgrades to their Xbox One controller model, developing new features like interchangeable thumbsticks, improved button switches, and new paddle designs. Curious to know if these small efforts could make a big difference in performance and enjoyment, we took the new SCUF Infinity1 for a spin and were quite pleased with the results.

We’ll dive into the details below, but before we do that, make sure to check out our original review of the SCUF One, as it should provide a pretty good overview of the controller’s purpose, what it does, and who its target audience is.

As for the Infinity1, the first upgrade that will catch your eye right away is the new and improved thumbstick control system that not only gives the user a broader range of customization options, it’s easy to use and actually improves the way the thumbsticks feel.

With a simple twist of the new thumbstick lock that comes with every controller, you can remove the rings surrounding the sticks, exposing the saddle underneath. From there, it’s a matter popping the sticks out and locking a new pair back in. It’s great because it lets the user not only experiment with colors, but also mix and match various stick lengths and designs in order to find what works best without having to open up the controller, potentially causing damage and voiding warranty.

While the new removable rings add more customization options to the controller, the “high-grade, self-lubricating” material they are made out of also ensures that the thumbstick glides along the edges, giving it a smoother, more polished feel. In my hands, this was noticeable right away and helped remove that “crunchy” feel you can sometimes get around rougher edges.

On the back, the Infinity1’s paddle design has been completely overhauled so that they can easily be removed or so that additional paddles can be added — up to four in total. The design itself has also been revised so that the outer-most AXE paddles now boast a greater surface area, making them much easier to reach. I found that they now sat underneath my fingers more naturally and that I didn’t have to reach as far to press them.

Initially, I was worried that the better positioning could lead to more accidental presses, seeing as my fingers now rest on the paddles in my standard grip. Upon a single press, however, I quickly realized that the new Pro Edition switch design offers more resistance, which means only very deliberate inputs will be read. The firmer construction felt odd at first, but I now prefer the more solid feedback and louder “click” I get from each press. I feel like I can be rougher with the paddles and not worry about the switches underneath wearing out, which are now also built stronger.

As with previous models, the Infinity1 does come with the optional EMR key add-on that allows the user to electro-magnetically remap each paddle to any of the face buttons. The Infinity1’s optional hair triggers now also comes built-in to the Pro Grip handles and are adjustable using the standard SCUF key.

As far as the Infinity1 goes, whether you go crazy with all the extra options or not, the new thumbsick control design, paddle control construction, Pro Edition switches, and AXE paddle models are fantastic improvements over the original SCUF One. While the new upgrades enhance the overall ‘feel’ of the controller, they also make it easier than ever to customize and personalize your controller with different thumbstick designs, ring colors, and so on.

I spent a ton of time with the SCUF Infinity1 on games like Halo 5: Guardians, Destiny, and Call of Duty: Advanced Warfare and was pleasantly satisfied with the performance I was able to get out of it. The controller made jumping, boosting, and dodging while keeping my thumbs on the sticks and my aim steady a breeze.

If these types of games are your bread and butter and you’re looking to invest in professional gaming gear, I recommend checking out Scuf Gaming’s official website. Controllers start at $119.95 USD. On PlayStation 4? Check out our review of the SCUF 4PS controller. 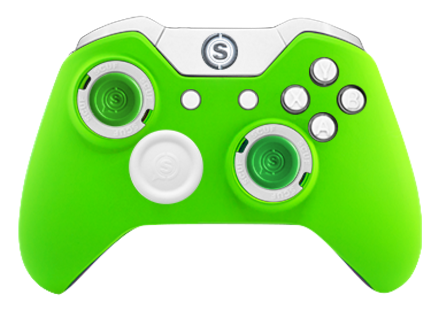 Now, for something really cool: we’re happy to announce that we are giving away a custom SCUF Infinity1 controller (pictured above) and Infinity1 Player’s Pack to one lucky reader this month! The contest is open to all residents of the United States and Canada and closes in two weeks at 12:00AM Pacific Time on Monday, November 16. The random winning entry will be chosen later that day and announced as soon as confirmation is made. Participants can gain up to three contest entry points by following the steps below.

The Infinity1 Player’s Pack includes Thumbsticks, Rings, a Trigger Grip Kit, Case, Cable, and GamerGrip. Along with the SCUF Infinity1 controller, the total package is valued at over $350 USD. Enter by logging in below and following the simple steps.