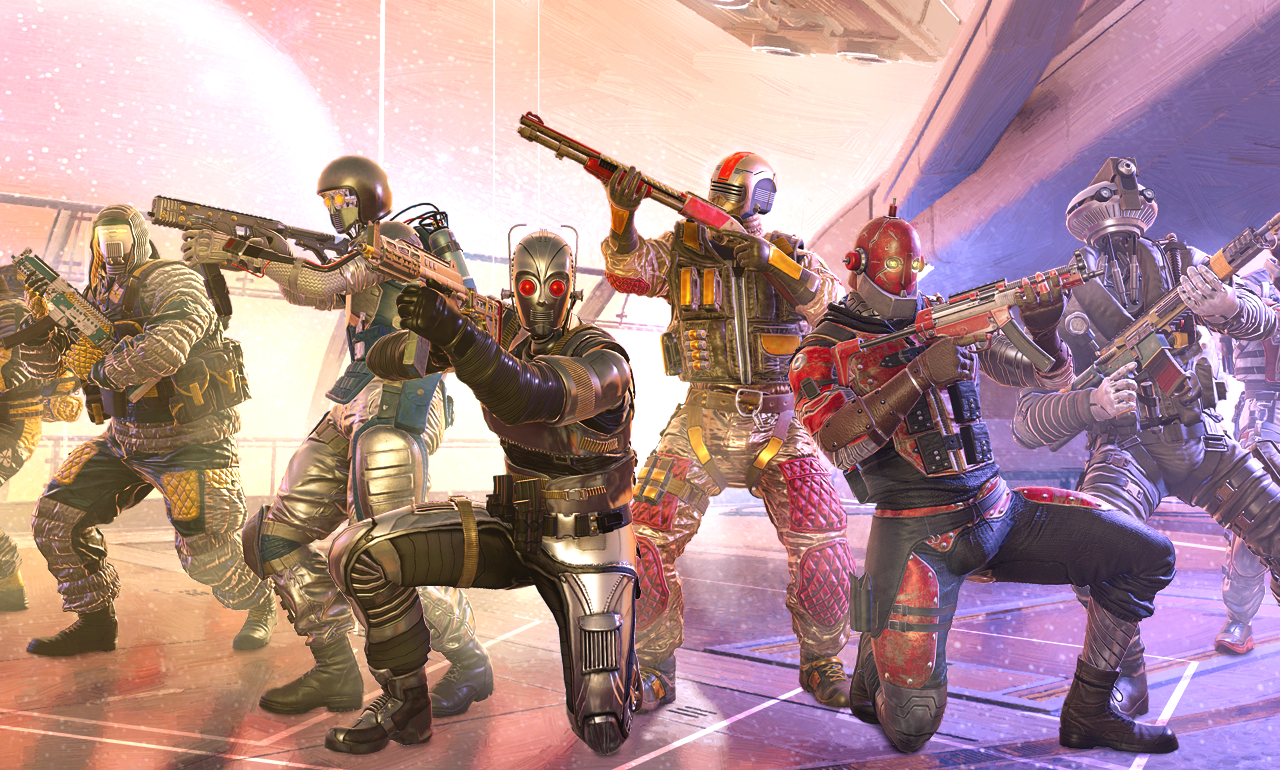 M.U.T.E. Protocol Should Not Be a Part of Mainstream Rainbow Six Siege

The current Rainbow Six Siege event, M.U.T.E. Protocol, is a fantastic blend of Siege gameplay with some completely bonkers mechanics. However, it’s good that it’s just a limited time event. The new game mode and map are the most stylish things the game has ever seen, but they can’t be a part of mainstream Rainbow Six Siege.

One of the biggest issues with M.U.T.E. Protocol comes right at the centre of the 80s sci-fi version of the Tower map. This is where the elevator shaft is located, and where I’d say that 80 percent of the action happens in each match. For Attackers, this is the shaft that you need to throw your drone down in order to get it to one of the three key points that need to be hacked. For Defenders, this is just one of the places that you can teleport to, since there’s a camera that looks out into it. Defenders also generally camp the doors of the elevator.

While it’s been fine sniping enemies as both an Attacker and a Defender, this key part of the map is just too easily exploitable to be part of mainstream Rainbow Six Siege. Every map must be carefully balanced, or exploits will be taken advantage of, to the point that they’re the full focus of every match. Unfortunately that’s exactly what has happened here. This version of Tower is incredible, don’t get me wrong. It’s like being in in a new casino in some sort of science fiction movie. But this glaringly obvious hole in the map’s design would drive the community crazy if it was going to stick around for much longer.

The second issue with M.U.T.E. Protocol is the teleporting itself. As an Attacker, you throw a drone and disappear. You are that drone. You can then drive it around, choosing to teleport back into reality once you’ve driven the drone to a point that you want to jump out in. As a Defender, you can disappear into the code at the touch of the button. Now you’re just a signal watching the cameras, and can emerge at any of them when you choose to. This is a fantastic twist on Rainbow Six Siege, because you can’t chase or track enemies very well, if at all, anymore. However, it’s also one of the largest problems that the game mode would have if it became a mainstream Siege mode.

Every time a new player starts out in M.U.T.E. Protocol, you can tell because of the number of team kills. It’s so scary when you see someone teleport into existence near you, and causes every player to immediately go on the offensive, shooting the intruder. The thing is, that intruder is almost always on your team. The teleportation takes some getting used to, it’s never going to be pleasant to see an Operator suddenly appear in your peripheral vision. But if this did become a mainstream Siege mode, it would be ripe with players getting banned for deliberate team kills.

I myself have killed more members of my own team in the short time this game mode has been active than I have in my entire time with the game overall. I think this is true of most players, and it’s infuriating. I know that Ubisoft likes to bring us new and intersting game modes to try out, but this one feels like the QA Testers jut had a day off. This was also evident in the fact that the mode was removed for a week following a colossal bug that somehow got missed.

Overall, I think M.U.T.E. Protocol has been a fantastic experience. The Siege community has definitely enjoyed the cosmetics, which are easily the best the game has ever seen. On the whole though, this game mode needs to go right back to the drawing board, and come back with a new map, and some sort of team shielding.