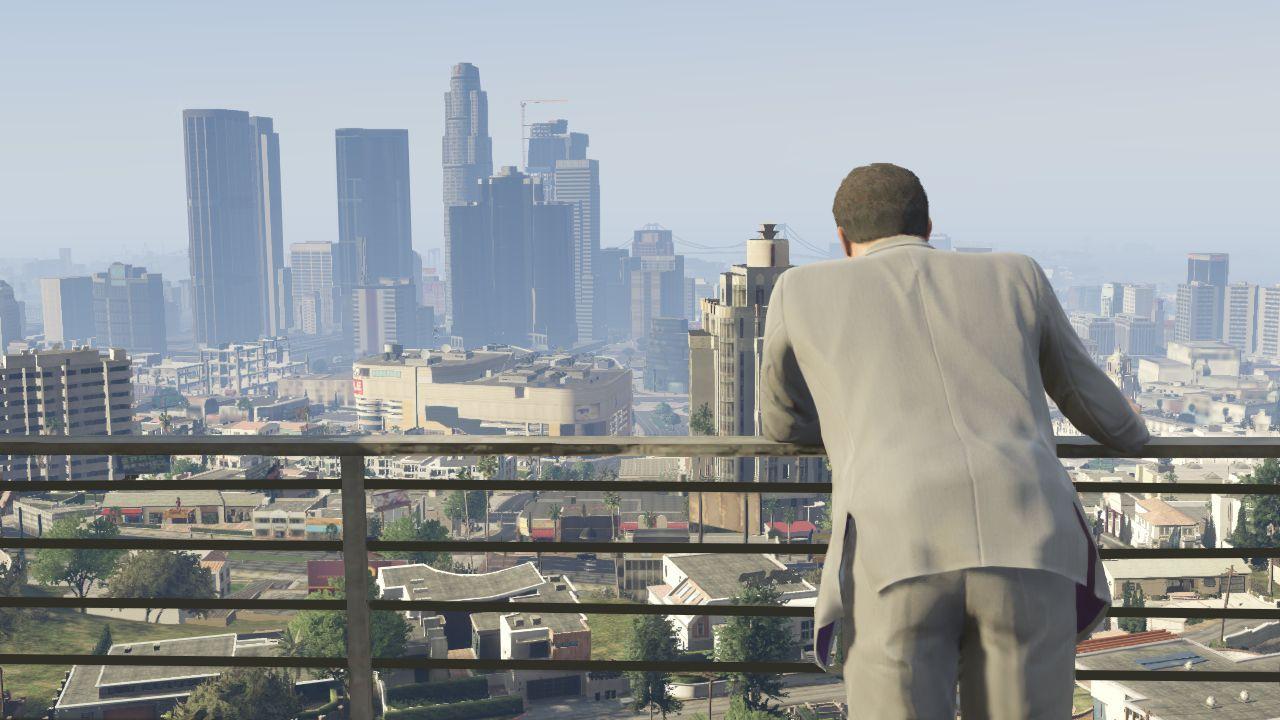 I’ll admit, next-gen life isn’t as glamorous as it’s made out to be. After hype for both the PlayStation 4 and Xbox One’s launch – along with their not-so-extensive list of first- and third-party launch titles – has died down, I find myself staring into an empty abyss of non-existent next-gen multiplayer games asking myself, “what do I play now?”

Clearly, things will get better, but right now, neither indie nor AAA developers can simply poop out new IPs or high-effort sequels on a whim for the sake of satisfying our next-gen gaming needs. So what do we do, other than settle for the yearly offering of Call of Duty and Battlefield?

Perhaps, instead of looking to the future, we should be looking at the past, and at games that we continue to hold dear to our hearts today and that still deserve a place in our disc drives. Maybe, if developers thought ahead and pre-planned re-releases of some of their greatest games on next-gen consoles, we’d actually have a satisfying library exciting games to play on our shiny new hardware. Instead, we find ourself stuck in a post-launch lull, waiting for titles like Titanfall, Destiny, The Division, and Halo 5 to lift our spirits.

So, in no particular order, here are five previous-gen multiplayer games that I think deserve a home on next-gen.

Gearbox had a really good thing going with Borderlands 2. It might be the oldest title on this list, but with no “Borderlands 3” in sight, I believe that with the support the studio is still giving this title, it would do wonders on next-gen. As is stands, there really aren’t any AAA loot-driven co-op shooters on either the PlayStation 4 or Xbox One that do the genre justice. A lot of Borderlands fans may be excited for Destiny, which appears to offer something very similar but in an MMO setting, but September is still a ways away. Let’s bring the co-op fun to next-gen. 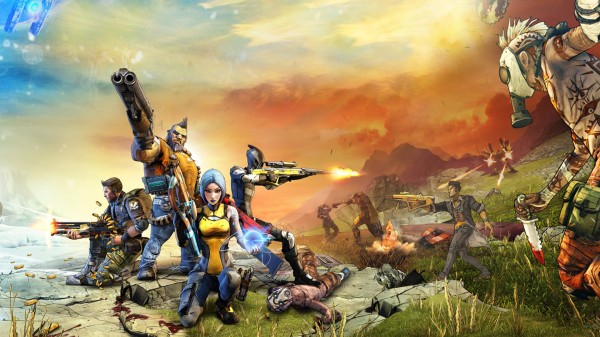 Graphically, Crysis 3 is an obvious candidate for a next-gen makeover. It was already next-gen when it launched last February and melted PCs everywhere. With the PlayStation 4 and Xbox One’s architectures mimicking that of a high-end PC’s, I don’t really see what’s stopping Crytek from porting Crysis 3 over to those systems. The game already looks fantastic and would require nearly no visual tweaking to what they’ve already got going on with the PC version. It’s true, the Crysis 3 community has certainly dwindled down and withered away since release, but perhaps a next-gen boost would give this title a breath of fresh air that I think it deserves. 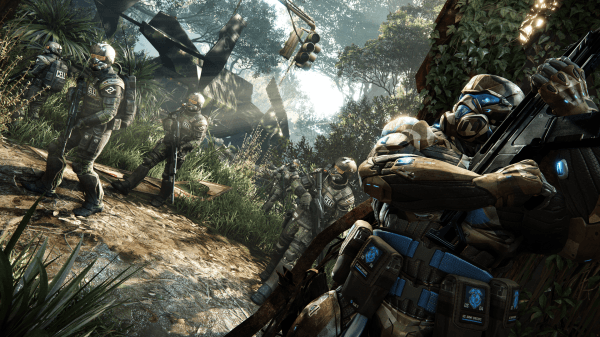 This is another game that I think many many Halo fans, including myself, would still be playing today if they didn’t have to dig up their Xbox 360 out of the closet. Okay, the console isn’t that old, but not everyone might have their Xbox One and Xbox 360 hooked up to the TV at the same time. That, and when you have games like Call of Duty: Ghosts and Battlefield 4 that are currently soaking up the time of most FPS gamers, it doesn’t leave much reason to revisit one of the best previous-gen Halo games ever made. Yes, it had a rocky start, but through constant support from the development team at 343 Industries, Halo 4 eventually turned into a noble entry that had some really good things going for it mid-life cycle and beyond. I think it would really blossom if its visuals and frame rate were improved enough to warrant a re-release on the Xbox One. Halo 5 might be just over the horizon, but until then, nothing is really filling the void for that signature style of high time-to-kill arena FPS gameplay. If not a Halo 4 re-make, Halo 2 will do just as nicely. 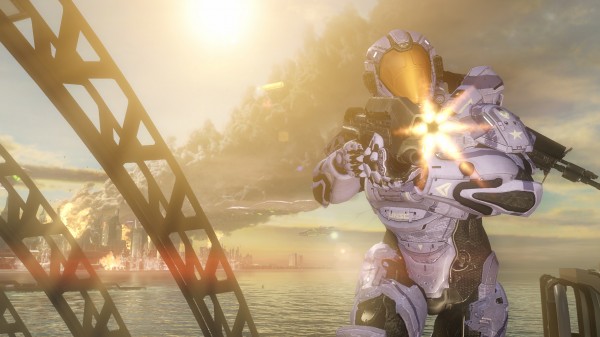 There is still so much to experience in this gem of a multiplayer game. It’s a shame that the PlayStation 4’s next-gen appeal might sway TLOU lovers away from the truly unique multiplayer gameplay Naughty Dog concocted with this title. Given that this game is still so fresh, I think a re-make is completely warranted so that its current PlayStation 3 community doesn’t die off as quickly as it currently is. With no “The Last of Us 2” anywhere in sight, Naughty Dog would do well to give The Last of Us a second life on the PlayStation 4. 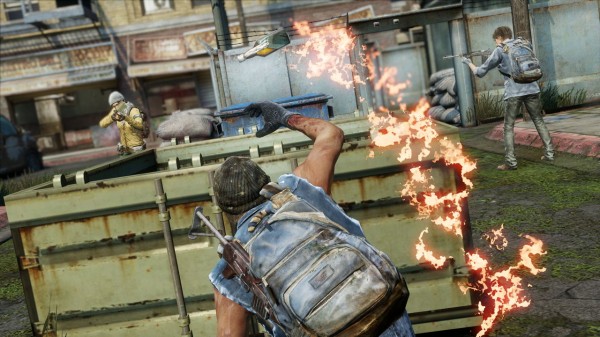 Another obvious choice. Grand Theft Auto 5 and its multiplayer component, Grand Theft Auto Online, are still alive and kicking on the Xbox 360 and PlayStation 3, but give this game a home on the Xbox One and PlayStation 4 (and even PC), and you’ve got yourself a knock-out next-gen title that gamers will be playing well into 2014 and beyond. As it stands, I don’t see GTA Online sticking around after titles like Titanfall, Destiny, and The Division show up later this year, despite the amazing support Rockstar has been giving it. With the recently released content creator and more downloadable content on the way (Heists, customization options, missions, etc), it’s a shame that those who’ve jumped ship to next-gen and have abandoned previous-gen altogether will miss out on all that GTA goodness. A re-release is definitely in order for this title. 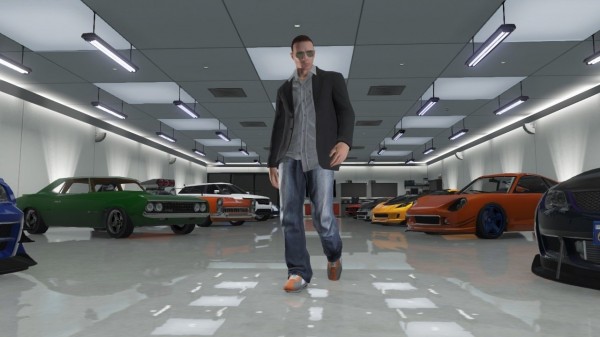 It’s not a multiplayer game, but for the love of Talos, Bethesda, bring this sucker to next-gen. I can’t push my wallet through the computer screen fast enough. 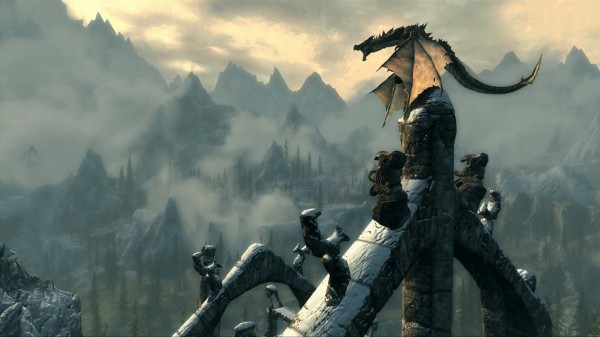 That does it for my round-up of five – or six – multiplayer games that I think deserve re-makes on the PlayStation 4 or Xbox One. Though I tried sticking to titles that I thought were reasonable or likely candidates, I’m sure I’ve missed a few. Let me know in the comments if you agree, or if there are any other titles you’d like to see re-made for next-gen that I failed to mention. If you can’t think of any multiplayer games, bring on the single-player titles. I’m excited to hear your thoughts!