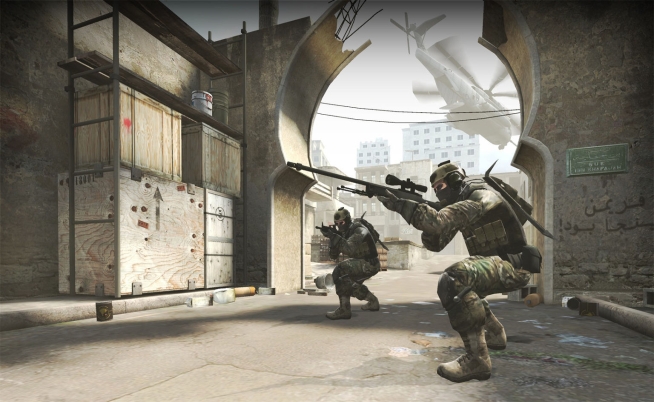 Multiplayer seems to be the latest craze in gaming. Games like Call of Duty or Battlefield depend on the very survival of it, and while those are currently the biggest multiplayer games out on the market (at least on console), I have decided to make a list of other multiplayer games that I think everyone should keep an eye on. These are titles that I am personally interested in so don’t be surprise if it’s missing a few big hitters.

Fans of the alien series will appreciate this title the most. The multiplayer pits two teams against each other, one human and the other Aliens. Working as a team is a must, as separating from your allies would ensure death. Aliens move quickly and stealthily, and comparing them to the humans, one can say it’s completely unbalanced if your going one on one with these formidable foes. Even after death, they can cause harm as their lethal acid blood will splash against you, causing some dangerous damage. Gearbox Software is set to bring the survival feeling that is found in the Alien movie franchise over to gaming consoles. This is probably my most anticipated game of next year.

Published by Sony Online Entertainment and developed by CCP Games, Dust 514 is a free-to-play first-person MMO shooter. Taking place in the universe of Eve Online, Dust 514 will pit you against other players where the main objective is the win the war. We have been covering the title for some time now, so make sure to read up on all the latest news here.

Dust 514 is set to release later this year, exclusively on the Playstation 3.

Yet another SOE title, Planetside 2 is also a free-to-play first person shooter MMO. Set on the continent of Auraxis, thousands of players will battle it out for control over crucial territories. Battles can go on for days, weeks, and even months as more and more players will continue to drop in. Use both ground and air to your advantage and build your squad up to ensure that the battle will fall into your hands. Planetside 2 will be running it’s beta real soon.

No release date has been set.

Grand Theft Auto has always been about story and the sheer enjoyment of being able to do whatever you want in an open world. While GTA IV did seem to tone down the level of fun from past GTA title’s, the multiplayer has always been a somewhat solid piece of work. From what’s been shown with GTA V so far, the game appears to play out more like GTA: San Andreas. This, for many, is crucial as San Andreas was one of the – if not ‘the’ best GTA title available so far. If Rockstar games can replicate GTA:SA and bring it’s fun factor to the multiplayer, then I have no doubt it will be a worth while game to play online. Let’s not forget that those who purchased Max Payne 3 will be able to import their crew members into GTA V.

No release date has been announced.

Ascension is the very first God of War title to feature a competitive multiplayer. This will either be a hit or a miss, but hopefully it’s a hit. From what’s been shown so far, the game looks excellent. So far, the only online mode that has been revealed is domination, which will have you fight for control over an arena, and at the end of the match, you’ll perform a gruesome team kill on the giant cyclops that is imprisoned on the map.

God of War: Ascension is set to release early 2013.

It’s pretty obvious that Sony is copying Nintendo’s extremely popular brawler title, Super Smash Bros. However, for a Playstation fan like me, this is a dream come true. Wanted ever since the PS2 era, Playstation All-Star will pit popular Playstation icons such as Nathan Drake, Sly Cooper and Kratos along with some third party characters against each other in an all out brawl. Expect us to be covering this title a lot more in the future as more and more characters will be revealed in the coming weeks.

PAS:BR is slated for a 2012 holiday release.

Developed by Bohemia Interactive Studios, Arma III is an open world tactical shooter taking place in the near future. Not much is known currently about the multiplayer, but if it’s anything like Arma II, then you’ll be enjoying countless hours of fun roaming the world of Arma. Complete missions with friends or take to the community and download popular mods like DayZ, which will hopefully be making it’s debut in Arma III as well.

This is yet another one of those titles that is mainly concerned about the single player. Originally introduced in Assassin’s Creed 2: Brotherhood, Assassin’s Creed Multiplayer will continue to expand out into the third installment. Stay hidden in the shadows as you sneak your way into competitive multiplayer battles. Fight over for control in a game of domination or take to deathmatch as you stalk your target through a field of people.

I don’t own a 360, sadly, but that doesn’t mean I have never played the Halo series. When it comes to the multiplayer of Halo 2 and 3, which I remember fondly, let me tell you, it was an absolute blast. The work put into these games at the time clearly showed that Bungie knew what they were doing. The next Halo title, Halo 4, is being developed by 343 Industries. Although it’s a new team, from what’s been shown off at this year’s E3, Halo 4 looks like a title that will be worth playing when it releases November 6th.

Now, I am a huge Counter-strike fan. Weren’t for the fact that I didn’t own a gaming PC anymore, I would be spending all of my time playing Counter-Strike rather than BF3 or MW3 on console. Luckily, Global Offensive will be the very first Counter-Strike title to release on this generation of home consoles. This has me excited as the gameplay was extremely fun and fast paced in previous iterations. Every time I would play Counter-Strike on PC, my heart would pump with adrenaline. My only disappointment, however, is that there will no longer be support for PS3 and PC players to play together as originally planned. I know that many would say that PC gamers would crush console players, which may be true, but I for one would still love the option of having more players in-game.

As of right now, we pretty much know nothing about this title so I’m just going to say what I liked about the past Rainbow Six games released this generation. Rainbow Six Vegas was the second PS3 title that I ever owned. The multiplayer was insanely addicting with it’s customization and gameplay. The game was a first-person shooter, yet had the cover system of a third-person shooter. It was well crafted and proved that a multplayer FPS could indeed work with a cover system. Vegas 2 released a few years later and despite ending up being a huge let down when compared to the first, it was still a great multiplayer title. I want Patriots to have the same gameplay mechanics that Vegas 1 and 2 had. I also want to see a huge amount of maps and game modes, including the highly popular terrorist hunt.

Release date has not been announced yet.

As mentioned above, these are my own personal choices. What upcoming multiplayer-focused titles are you guys excited for that isn’t Callof Duty, Battlefield, or Medal of Honor related?