by Jamie Moorcroft-Sharp
in Features

Gonzo’s Quest VR the Search for Eldorado is the world’s first VR slot game. It was prototyped in 2017 and launched in 2018, allowing anyone to access it using their VR headset. But the question is, which VR headset is the best to use to play this NetEnt slot game? 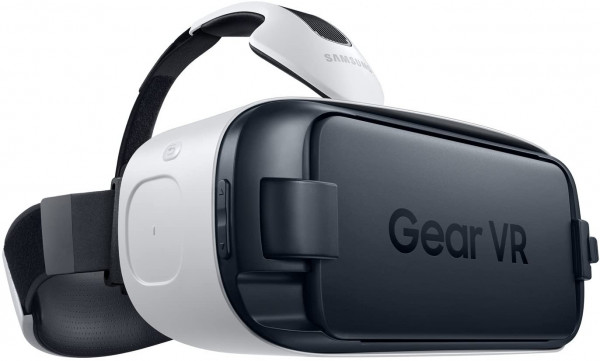 Samsung’s Gear VR is a device that’s powered by Oculus, the company that produces the most powerful VR headsets in the market. It features comfortable foam coverings around the areas that make direct contact with your face, meaning that you can spend more time playing without feeling the fatigue that plastic digging into your face can bring. The device also comes packaged with a controller that is simple and easy to use, featuring a few buttons and a circular trackpad, making interacting with any game as easy as possible.

While Samsung’s Gear VR is a great device, and one of the cheaper options out there, nothing compares to Oculus. 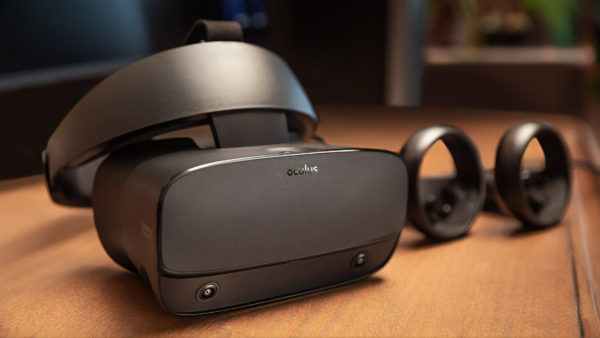 Oculus Rift S is a PC powered VR headset, meaning that you’ll still need to plug it into a PC if you want to use it. However, the device features motion-tracking cameras on the front, and has specialised Oculus controllers that provide a seamless VR experience. You won’t need to place cameras around a room just to use this headset, which makes it superior to many others out there. 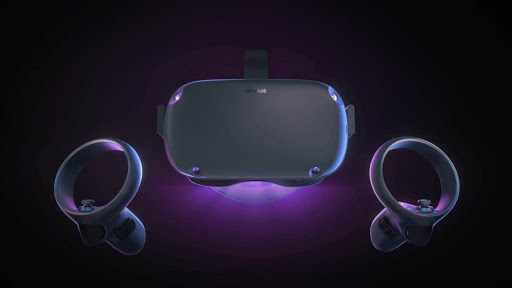 The Oculus Quest is an all-in-one VR gaming experience. You don’t need a PC to run games on this headset, which is why it’s one of the best-selling on the market. It’s easy to set up, and has the same built in motion-tracking hardware, meaning that with this headset you truly can roam wherever you want to. Once again, this headset isn’t cheap, but it really does provide one of the best VR experiences possible. 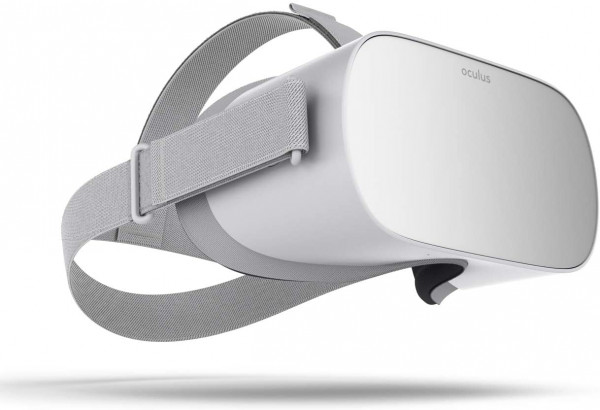 Oculus Go is the cheapest Oculus headset you can get, and it only allows you to view VR experiences. However, with a controller, you can still interact with and play Gonzo’s Quest VR, so this may be your best option if price is an issue. While this device may not have the best visuals out of all of Oculus’ offerings, it is definitely the best option if you’re after a cheaper VR headset that you can play Gonzo’s Quest VR on.

The real advantage that Oculus Go does have over other Oculus devices is that it has been specifically designed for viewing instead of gaming. This means that the images you see will be far clearer than most headsets, though the caveat is obviously that you can’t use it for gaming in the future.

When it comes to VR headsets, there’s really only one company producing hardware that comes close to Oculus, and that’s HTC. These are their headsets, all of which you could use to play Gonzo’s Quest VR.

The HTC Vive Cosmos Series is a collection of headsets with modular options, allowing for a wide range of VR experiences. 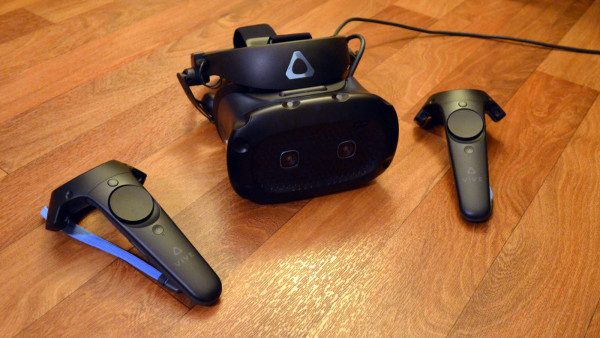 The HTC Vive Cosmos Elite Headset alone is all you need to play Gonzo’s Quest VR, and a host of other VR games. It’s compatible with SteamVR Tracking, which is a cheaper base station used to track your movements, and can provide some of the highest quality VR experiences available today. 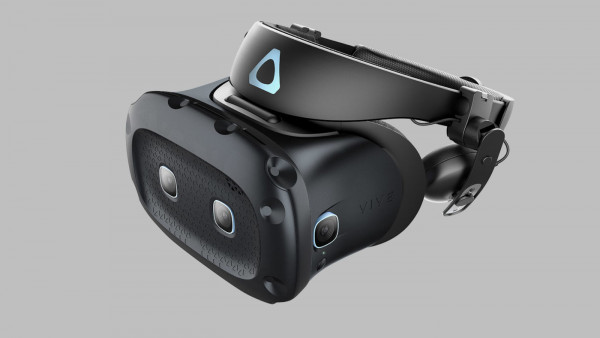 The HTC Vive Cosmos Elite is the whole VR package, as opposed to just the headset. Out of the box this comes with the above Cosmos Elite Helmet, two base stations for tracking movement, and two controllers as well. This is the most expensive package that you can purchase for the HTC Vive Cosmos, but if you’re serious about your VR gaming, then there’s really no other headset that you could go for. 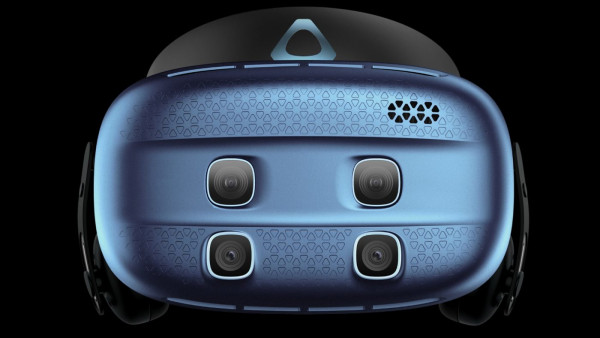 Finally, there is the HTC Vive Cosmos. This headset comes with two controllers, and has no need for base stations to track your movement. The headset has built-in tracking so that you can enjoy your VR gaming without the need for additional peripherals or wires. The graphics on this headset are unmatched, and probably the best that you can buy at the time of writing. It’s worth noting that the controllers are extremely swish as well, allowing for some unprecedented gaming following your time with Gonzo’s Quest VR.

While these are the top brands, it’s worth noting that if you’re serious about gaming, and want a headset designed by the company supporting Steam, then you’ll want this next one. 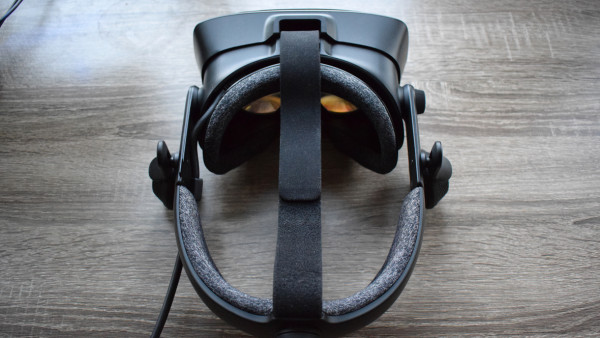 Valve Index is Valve’s answer to VR gaming. There are a number of different packages that you can purchase the headset with, ranging from the base unit, up to a bundle that includes two base stations and two controllers. Steam is a digital storefront that holds most of the games ever made. It has everything, from indie games, all the way up to the best triple A games of the current generation. The only games that it doesn’t have are console exclusives. If you want to be able to enjoy your Steam library in VR, where possible, then the Valve Index may well be the best VR headset for you.

If budget is still a big issue for you, but you have a smartphone with a great quality screen, then there’s one more option that might be the best for you. 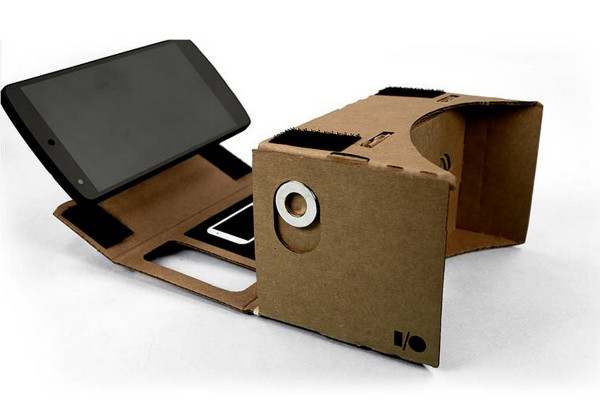 Google’s answer to VR is only slightly better than Nintendo’s, but it’s definitely cheaper. Google Cardboard sounds like it’s just a cardboard housing for your phone, and that’s really all it is. You could find the designs online and build your own, but the ones you can buy from Google have snazzy designs, and they’re built to be used for VR. These viewers come in all shapes and sizes, so you’re sure to find one that suits your style just right. These days smartphones have some incredible screens, and with Google Cardboard you can turn that phone into your own VR headset without breaking the bank.

We hope that this little guide helped you find the best headset for you to play Gonzo’s Quest VR on. Let us know your preferred device in the comments.