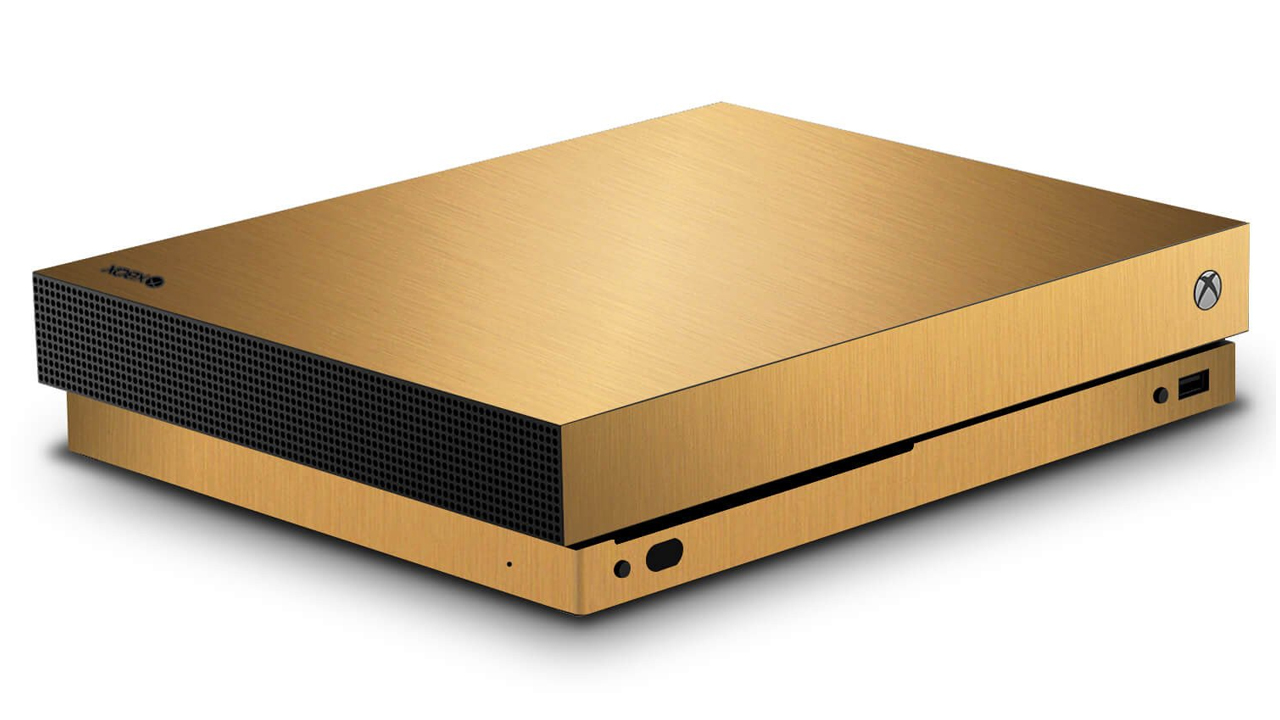 Microsoft is giving one lucky person a chance to win a 24-karat gold-plated Xbox One X. Not only that, but it’s the Project Scorpio Edition version. That means you can have the most powerful console, “Day One” edition, in pimpin’ gold!

The gold Xbox One X is being given away through the console’s Game Pass. By playing a Game Pass game on 25 different days during December, players will be in a chance to win the console. Other prizes on offer include: Xbox games, Xbox Live Gold, movies, DLC, Microsoft store credit, and more. 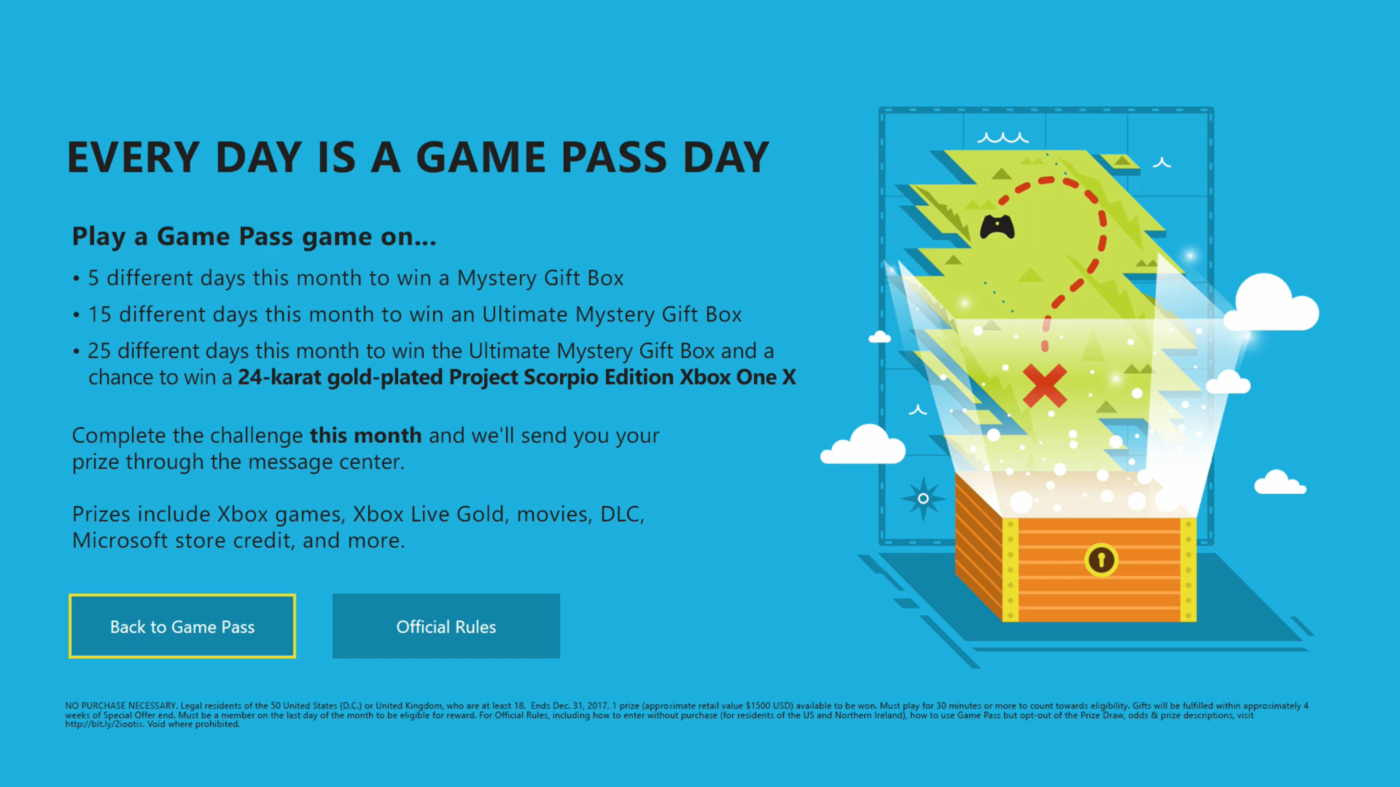 Every Day Is a Game Pass Day

Play a Game Pass game on…

– 5 different days this month to win a Mystery Gift Box

– 25 different days this month to win the Ultimate Mystery Gift Box and a chance to win a 24-karat gold-plated Project Scorpio Edition Xbox One X.

Complete the challenge this month and we’ll send you your prize through the message center.

The official rules can be found here.

Will you be trying your luck at winning the gold Xbox One X?

If you miss out on the official Gold Xbox One X, you could always head over to a site like this, and grab a cheaper vinyl wrap that looks about as convincing…

In other gaming news, EA has stated that the now-axed Visceral Games-developed Star Wars title was “too linear,” the Monster Hunter World beta start and end date have been announced with new videos, and a Call of Duty: WWII update is now live which targets problems experienced in the Ranked Play mode.