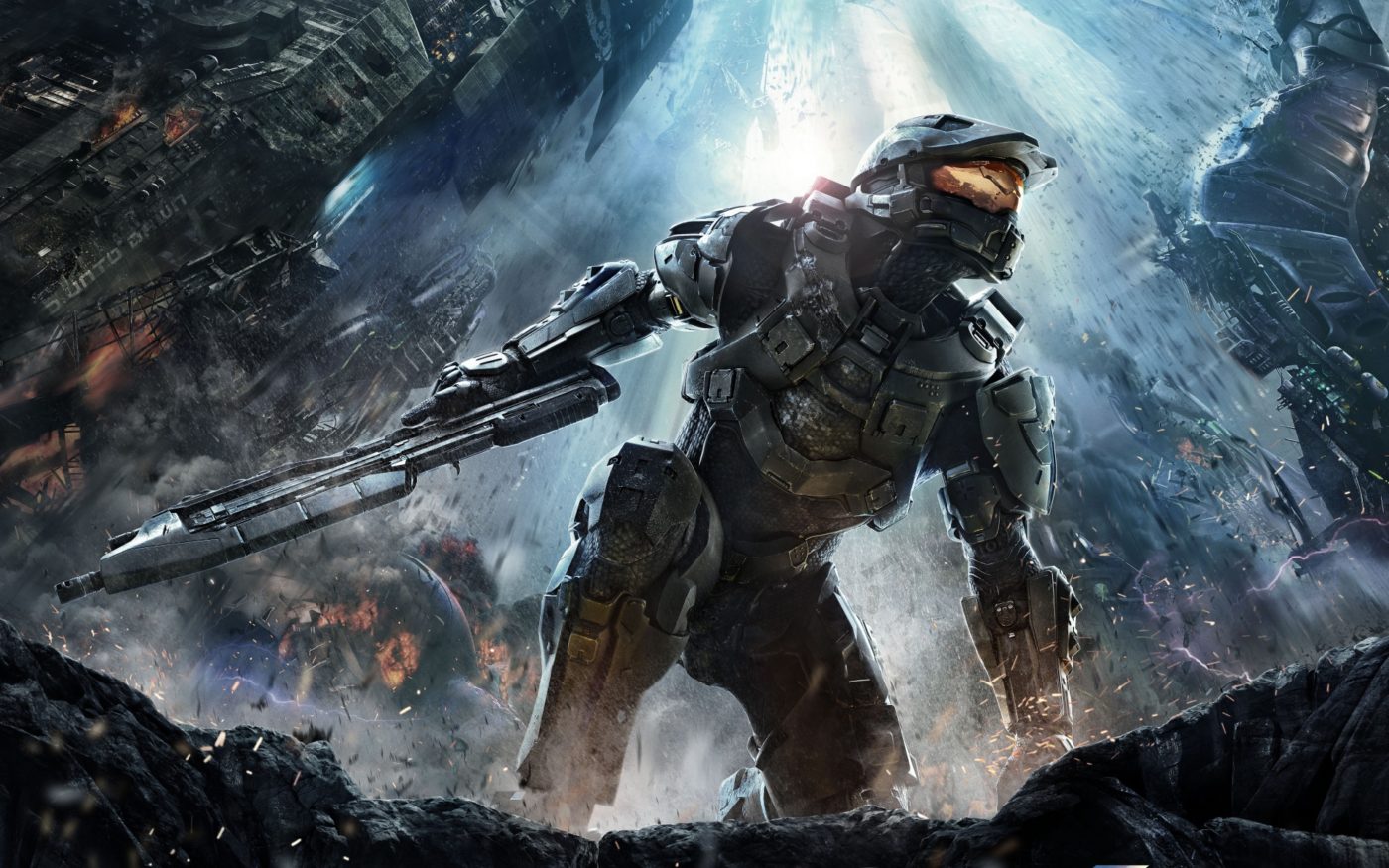 343 Industries just released a new Halo Bulletin for September 5th. Inside this bulletin contained a very good amount of Q&A from the Halo community regarding multiplayer footage they seen from PAX Prime 2012. We were treated to some CTF gameplay on a brand new map Exile, as well as some fan videos of random items such as the menu’s, loadout items, spartan armor and much more. Below are some multiplayer centric questions I decided to include for any Halo fan who might have missed them.

What Objective options do we have in Custom Games?

We have many new custom game options coming, especially around the Infinity experience. This means lots of customization surrounding all types of Ordnance. In Objective games, you’ll have full control over player traits, including those of the King, Flag Carrier, and Grif. Each game mode also has multiple custom options specific to that game mode that let you tune timers, settings, and rules. CTF specifically offers tuning the “Flag Return Time/Proximity Return”, “Flag Reset Time”, “Flag at Home Requirement”, “Overtime Length”, and “Flag Carrier Traits”.

I like how Exile is an outdoor kind of map. Are there other outdoor-like maps on the Halo 4 disc/future DLC?

Oh yes. In fact, our only remake map – still secret – is most definitely outdoors.

From the gameplay videos I saw at PAX, there are no medals shown on-screen during the game. This is different from E3 gameplay where medals did show up on-screen. Will medals show up on screen for the final game?

In the final game, medals will show on-screen on the left side, near the kill feed, the all-new combat log, and the ordnance meter. 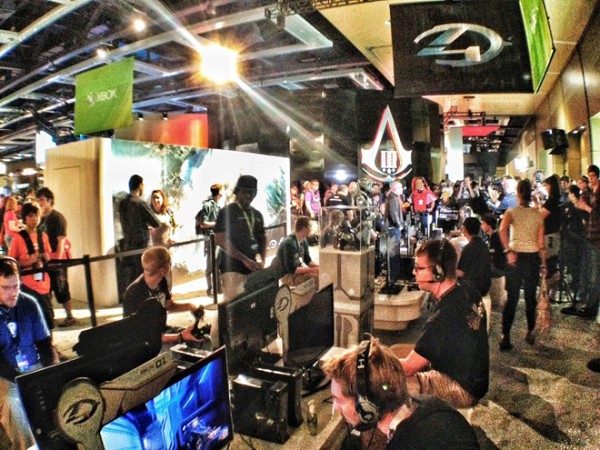 Was the vehicle setup on Exile planned to be what is used in matchmaking?

Vehicle setup was designed to show a ton of content for PAX. That map content will vary dramatically depending on game mode and playlist.

Since it’s a separate game mode now, are there any Grifball-specific medals or post-game statistics?

Each game mode has four special statistics. In Grifball, we keep track of “Scores”,” Carrier Kills”, “Ball Kills”, and “Carry Time”. We also have a specific medal for scoring the Grifball.

What precautions are you guys taking to make sure that the point system is not exploited? For example,. will we be able to just play catch with the Oddball to rack up the points?

Was the armor that was available in the PAX build be the full set? If so, why is there no Mark V armor?

The PAX build contains the full set of armor in Halo 4. In the final game, there are a variety of methods for unlocking armor and armor skins – ranking up, earning commendations, progressing through Specializations and completing goals on Waypoint. Some of the skins, helmets, and the FOTUS armor are exclusive to various retail offers. Some of these items MAY become available to all players at a later date. We wanted to focus on the Spartan-IV armors for Infinity, maximizing the amount of variety across the armor designs. However, we did want to include a reward for completing the Campaign on Legendary, so we decided to use the Mark VI armor as that reward. While we’d love to include every historical variant of the Chief’s armor, it’s just not possible to fit more armor sets into the available memory. 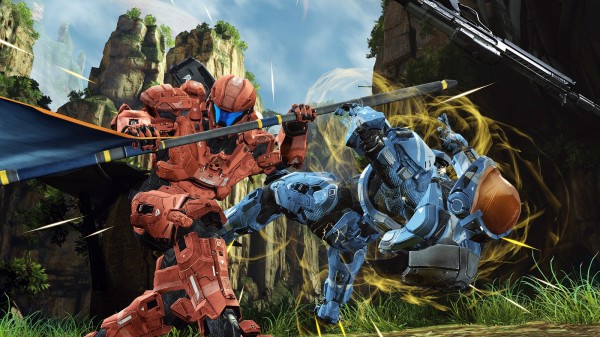 Will stat tracking for kill/death ratio be done separately for the different playlists?

When comparing yourself to teammates, medal points make all the difference and in each mode you’ll earn specific points for not only scoring but also helping your teammates. CTF, for example, has medals for “Flag Driver”, “Flag Assist”, and “Flag Defense”. We will be reporting stats for War Games as a mode, but also for the individual game base variants, meaning the underlying game types like CTF, Regicide, Slayer, etc. K/D ratio in general will only be highlighted for Slayer.

Will there be an option to turn off the white text notification in the middle of the screen?

No, but the fact is that it “vanishes” after a few plays. Ask people who’ve played a lot. This is something we spent a lot of time on and is true of many “intrusive” UI, audio and dressing aspects of the game – they provide vital information for certain types of players and quickly vanish for frequent players in terms of intrusion. They were designed, tested and tweaked to achieve this. Watching other people play is almost counter to how it feels in practice.

Could you clarify where approximately Exile stands on the small-medium-big-humongousbongus scale when it comes to map size?

Because it’s laterally narrow, to ME it feels medium, but in terms of literal scale it’s in the top two thirds. However, it’s navigable and playable for four-on-four on foot. Sprint and other speedy aspects of the game make some of these answers somewhat subjective.

In CTF, you now hold a pistol with the flag. If I have a Plasma Pistol secondary, will it use that or still pull out a Magnum anyway?

The Magnum, or “Flagnum” as it’s been dubbed, is specific to this mode. As we’ve mentioned before, this is similar, but ultimately a replacement for, rather than simply an evolution of, CTF. We understand this is controversial but are now pretty confident the changes will be enjoyed. And as we’ve said in this very article, we will have more information about options and customizability much later. 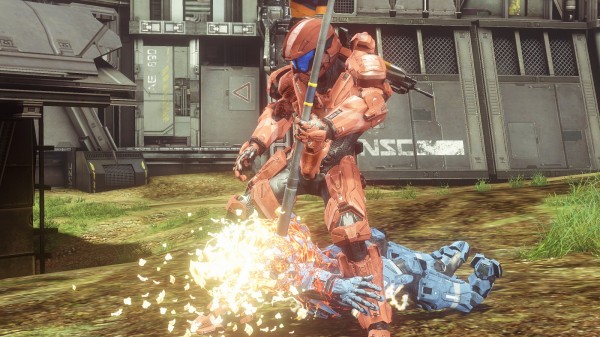 We have seen the map Exile, built for CTF. Can you tell us how many maps have been built specifically for CTF, and how many others it can be played on?

I agree strongly with your description of how awesome the map is. Most maps were built with team sizes and objectives in mind, but new elements like universal sprint make these modes and maps a little bit more flexible than past games.

So we’ve seen that some of the weapons have customizable skins. Will this feature be available for, say, the hammer or sword?

Both of those items do not have enough visible surface area to justify the hit on disc/RAM/hilt/buttspace. To be honest, I only answered this question so I could coin the term “buttspace.”

So after having to sift through all of that information, did you learn anything new? Was your question answered? Let us know in the comments below. Halo 4 releases to Xbox 360 users on November 6, 2012.

Hailing from beautiful Pittsburgh PA, Shawn has spent most of his 25 years playing video games. The original Killzone on PlayStation 2 captured his love for competitive multiplayer experiences and has thrived on that ever since. Now I live, breathe and eat multiplayer madness with the guys and gals of Lucky Strike.
News 343 Industries, Featured, Halo 4, Xbox 360
view related posts
HOT MULTIPLAYER GAMES
& UPCOMING RELEASES