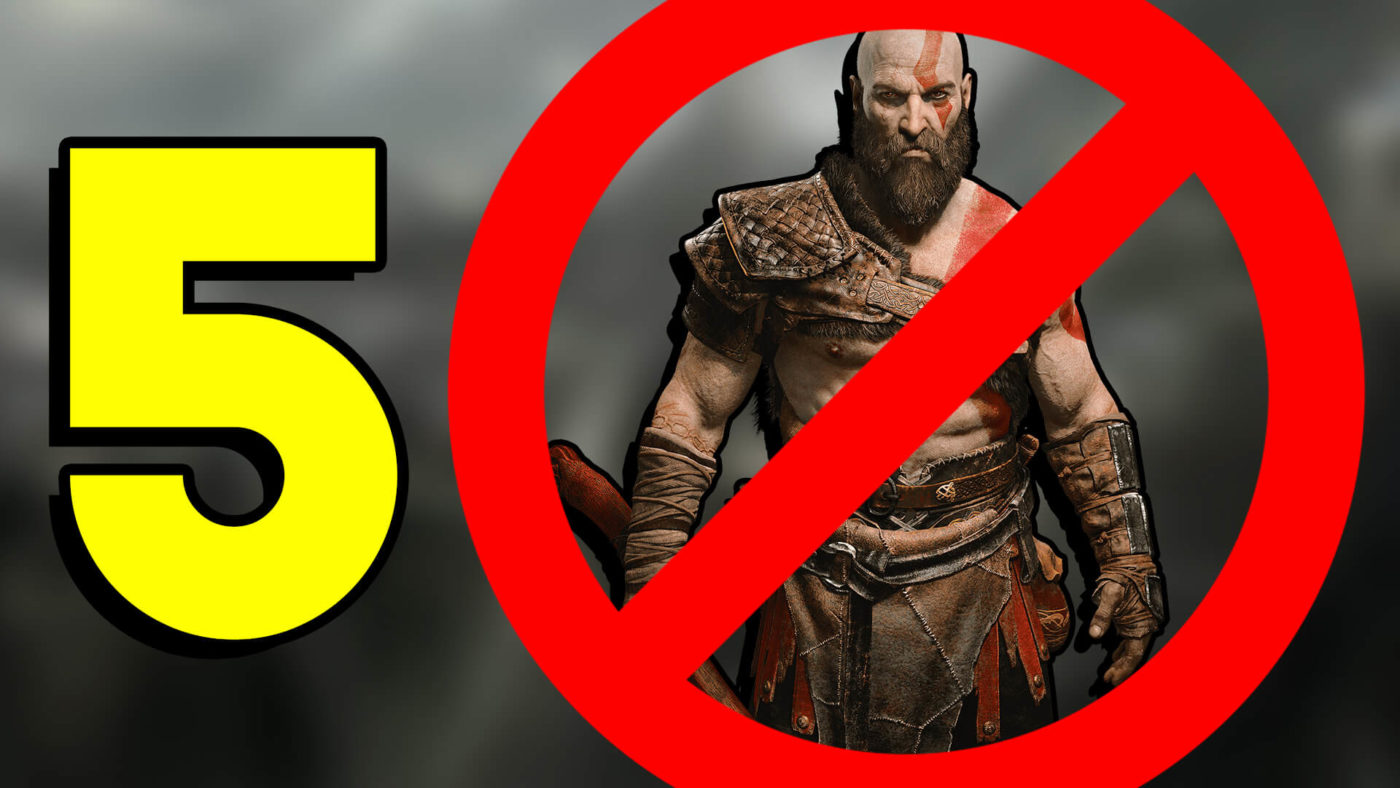 With 2018 now in full swing, that means yet another year of new blockbuster games soon to delight, shock, and even disappoint us.

While there’s already a good list of games scheduled to be released this year, we think there’s a few games confirmed for 2018 that won’t make it out this year at all. It can be for a myriad of reasons as to why.

Note that the games listed aren’t a lock to be delayed, but if we had to put down a bet on which games we think would miss their original release date, we’d pick the five games below. Also, while MP1st is a multiplayer-focused site, we included games that are most known for their single-player since they’re some of the biggest titles that will come out this year.

While Sony Santa Monica has mentioned that God of War 4 or God of War PS4 will be out in “Q1 2018,” in one of its latest trailers, we’re not believers of that yet. Sure, past God of War games were released in the same window but given we didn’t even see any new footage of the game at last year’s PSX, and the fact that the Guerrilla Games people were joking with Sony Santa Monica about release dates and whatnot (which could be an inside joke…or not), we wouldn’t be shocked if Kratos’ first PS4 adventure gets pushed back a few months (or even to 2019).

Announced way back in 2014 during Microsoft’s E3 press conference, Crackdown 3 has been delayed multiple times already with the latest one pushing its August 2017 release date, to “spring 2018.” Will another delay be forthcoming? Given we haven’t seen anything tangible about the game in a while, don’t be surprised if that happens.

Originally set for release in the second half of 2017 (yeah, right after it was revealed just in October 2016?!), Red Dead Redemption 2 is now set for release in “spring 2018” according to Rockstar Games. Given how notorious the studio is for marching to the beat of their own drum, and not giving a damn about the other games, spring 2018 can very well spiral into fall 2018, or Q1 2019 if Rockstar wants to. I mean, it’ll still sell a truckload whenever it releases so the actual release window isn’t really important.

While Kingdom Hearts III was only confirmed to be in development in 2013, it was known even since 2006 that it was coming at some point. Countless spin-offs and releases without “III” in the title, and we’re still waiting for the trilogy concclusion for Sora, Goofy and Donald’s adventure. Good news is, we did get to see some gameplay last year. Bad news? It’s still tagged for a “coming 2018” release, which gives it a high probability of being pushed back. And frankly, we’re expecting it to be.

Announced and revealed at last year’s E3, Anthem is EA’s big answer to Activision and Bungie’s Destiny franchise. It certainly looks the part, and from the “gameplay” (using that term loosely here) we’ve seen, BioWare seems to be on the right track. However, given what happened to Mass Effect Andromeda, and the controversy surrounding Star Wars Battlefront II, it seems very unlikely that EA will want to rush the game out.

Sure, there’s supposed to be a beta that’s quite far off, but even that doesn’t bode well for Anthem to hit its supposed fall 2018 target release window. If it does indeed make it out within the year, then consider us surprised. Out of all the games in this list, Anthem is the one with the highest probability of being pushed back. In fact, we’re fully expecting it to.

There you have it. These are the five games we think will get delayed in 2018. The big question now is, will these games still make it out this year? We’ll know for sure in the coming months.

Which of the games listed do you think will be delayed? Did we miss a game? If so, let us know in the comments.

Ubisoft Services Down for 17 Hours, Over 50 Games Affected (Update)