Digging deep in to Call of Duty’s 10+ year history, Activision struts some impressive new statistics to celebrate the upcoming Call of Duty Championship this weekend.

According to a new infographic the publisher presented earlier today, a Call of Duty game is sold approximately every two seconds world-wide, and, as a series, has sold over 175 million copies across all platforms.

In turn, the massive amount of sales has lead to more than 100 billion multiplayer matches played, over 300 billion grenades thrown, and 579 billion in-game awards earned thus far. Check out the stats below: 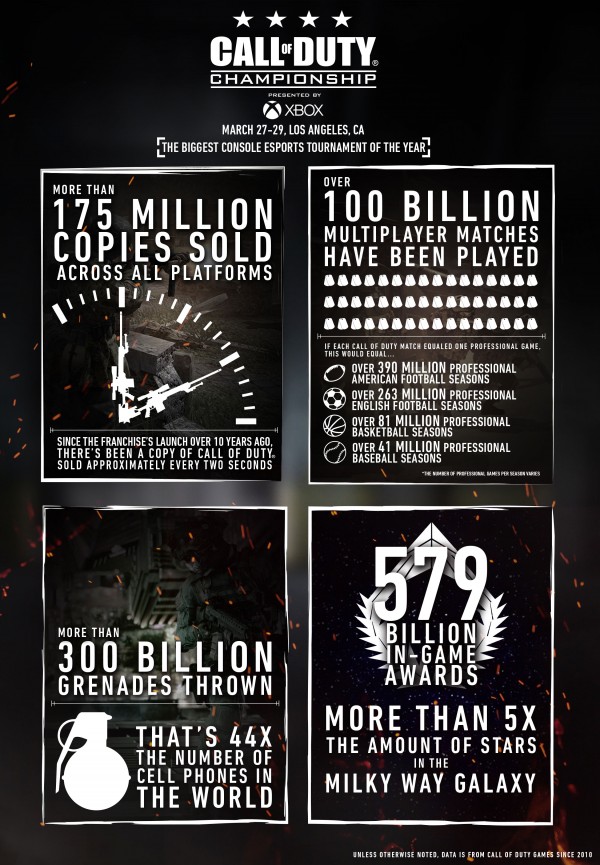 In the spirit of this weekend’s 1 million dollar tournament, Call of Duty: Advanced Warfare developer Sledgehammer Games is also hitting the Double XP switch on all platforms for the duration of the event, March 27-29. Watch some competitive Call of Duty and get online to rank up twice as fast.

Note: Adjustments affect base weapon and all loot variants)