Do you remember when Activision sold a red dot for a reticle in Call of Duty: Black Ops 4 for $1? While that in itself might be a bit absurd, it seems with today’s Black Ops 4 patch, Activision (or Treyarch) is once again doing something quite ridiculous by now selling a Black Ops 4 duck gun charm for 500 COD Points or $5 in real world currency! 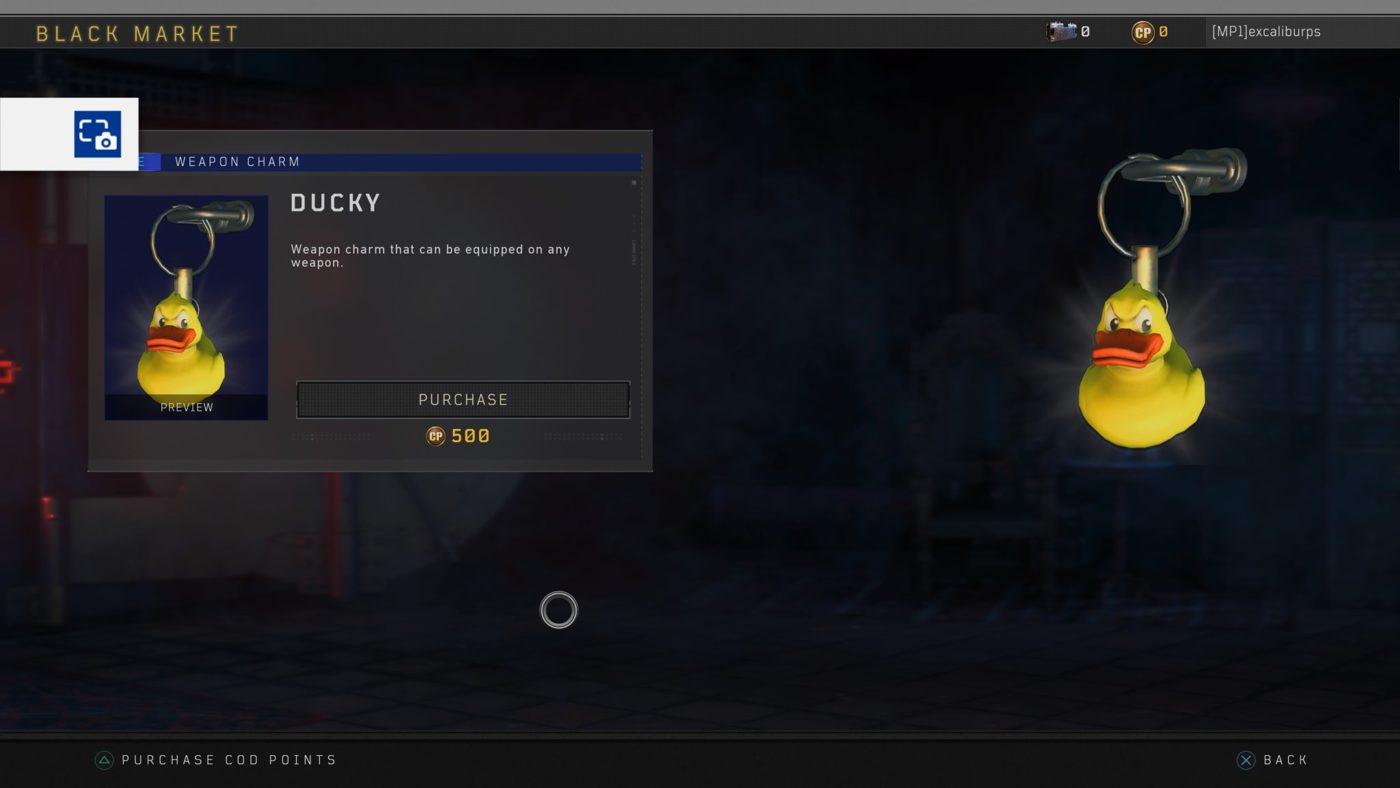 While this Black Ops 4 duck gun charm is just a cosmetic item, it’s hard to defend Activision (and Treyarch) when other games like Rainbow Six Siege give almost the exact same thing away for free (as some members of the Black Ops 4 community have pointed out). We should mention that those charms may have been given away for free from previous Twitch drops.

Will people be wise enough to not pony up good real-world money for something as trivial as this? Probably not, adn this is the same exact reason why Black Ops 4 microtransaction revenue is higher than that of Call of Duty: WIII.

Let’s hope that this year’s entry in the franchise — Call of Duty: Modern Warfare — won’t have its microtransactions be as ridiculous, no?

Are you OK with what Activision selling this gun charm for that price since it’s just cosmetic items or is it a bit much? Let us know your thoughts in the comments below.