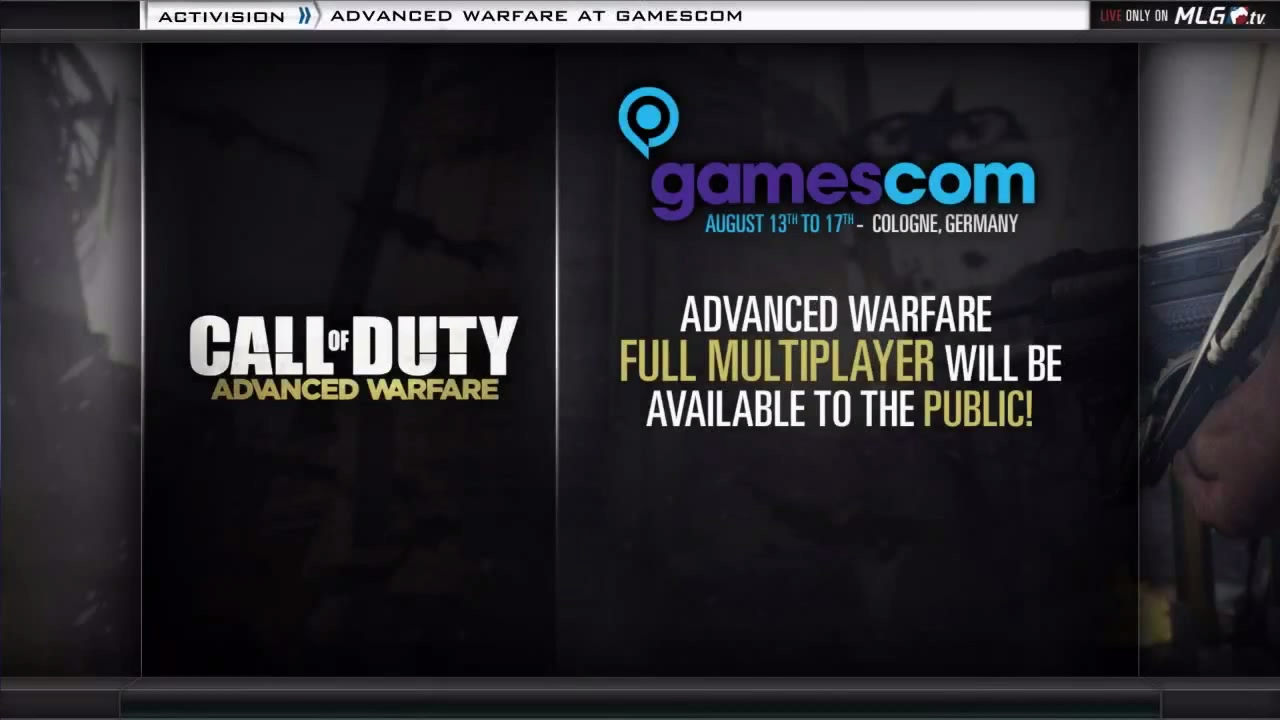 Those attending Gamescom in Cologne, Germany between August 13 to 18 will be able to get their hands on Call of Duty: Advanced Warfare, according to recent news.

In a recent eSports Report, MLG’s Chris Puckett mentioned the news while recalling some of his own thoughts on his early hands-on experience with Advanced Warfare’s multiplayer during a trip to Sledgehammer Games’ studio in San Francisco, CA. According to Puckett, “the gameplay is much more fluid and much faster” and “puts more emphasis on skill” than any other Call of Duty title. You can check out his remarks for yourself in the video below.

Clearly, this means that we can likely expect an official multiplayer reveal some time before Gamescom’s doors open on August 13. Keep your sights on MP1st for news.