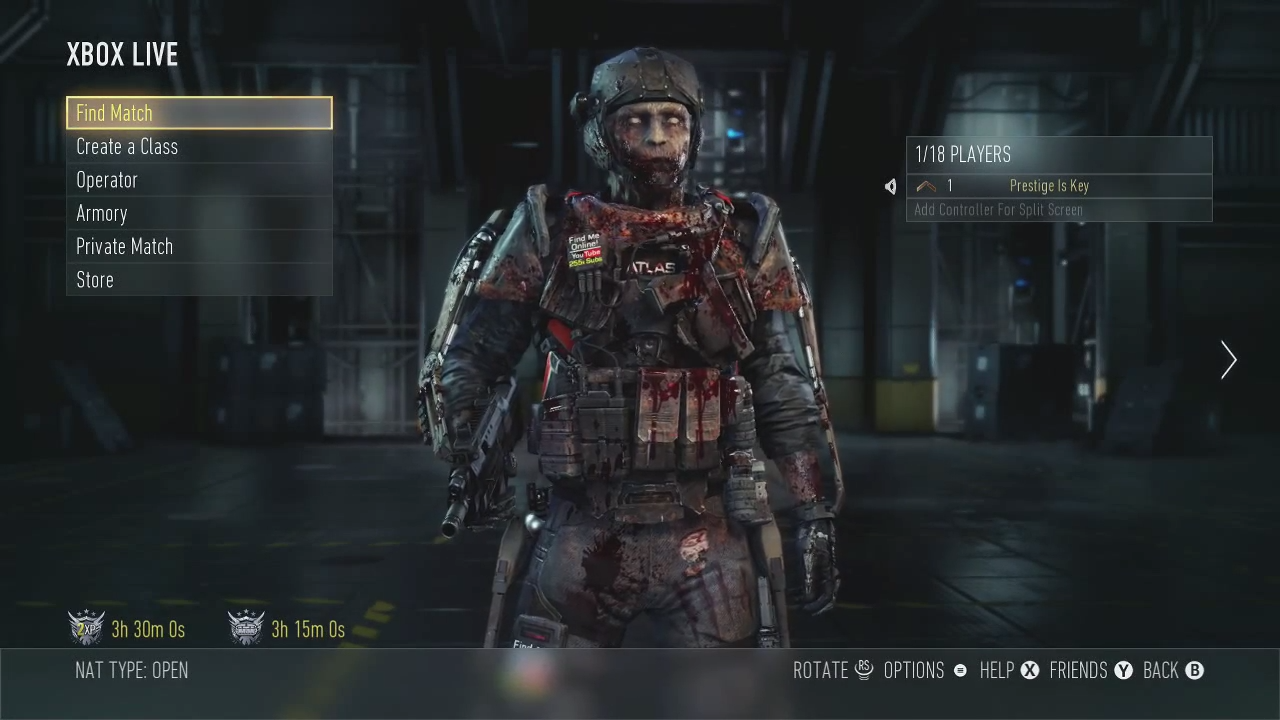 The buzz is real. Zombies are in Sledgehammer Game’s highly anticipated Call of Duty title that is mere hours away from launch, but what exactly are they all about?

With an early copy of the game, our friend PrestigeIsKey has provided viewers with couple of nifty gameplay videos showing off exactly what these undead brain-eaters are getting up to in Advanced Warfare. His latest features a full Zombie round in Advanced Warfare’s cooperative survival game mode called Exo Survival. Rather than a full-on game mode of its own, Zombies only appear in a bonus round that pops up on the map Riot, followed by an impressive cutscene that was leaked earlier last week which you may or may not have already seen.

If not, both the full gameplay and cinematic can be viewed above. Thanks, Prestige!

He also shows how you can play as a Zombie in Advanced Warfare’s multiplayer. Check it out below.

Here Are All of Call of Duty: Advanced Warfare’s PC Settings

Literally Everything You Need To Know About Call of Duty: Advanced Warfare Multiplayer