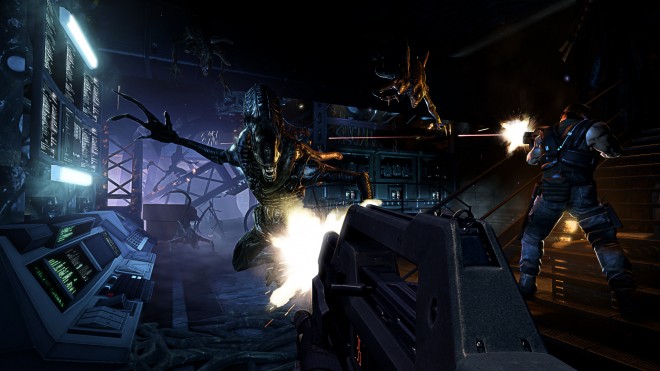 Aliens: Colonial Marines is just a few weeks away from release and Gearbox Software is celebrating by announcing that the game has finally reached its Gold status. This means that the final code is locked and set for its February 12th release date.

Here’s a brand-new trailer, showcasing its single-player mode. If you didn’t know either, in addition to the multiplayer, the single-player will feature a drop in co-op feature, similar to that found in Borderlands.

We’re proud to announce that we hit every one of those targets, with the game’s gold status indicating that all parties have examined the release candidate and signed off on the code as final and suitable for manufacturing, after which the game will be shipped to retail and propped to digital networks in time for launch on PC, PlayStation 3 and Xbox 360 come February 12, 2013!

Be on the lookout for more Aliens: Colonial Marines news as we are expecting to review the title come release.