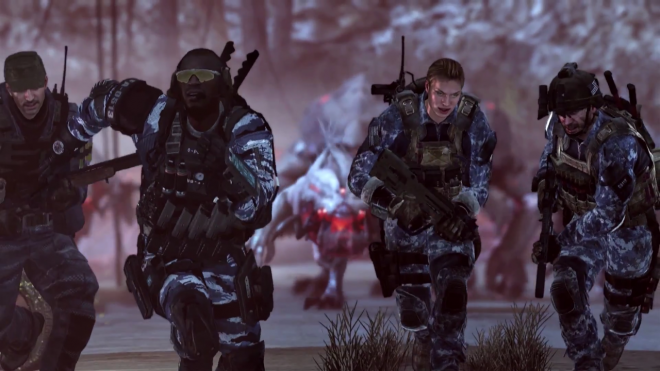 The Aliens Exist. The rumors are true. We are not alone.

Today, developers Infinity Ward reveal a brand new Call of Duty: Ghosts game mode that, despite leaks and massive speculation, has managed to stay secret for quite some time.

Based on what’s displayed in the trailer, up to four players must drill to the core of an alien infestation while defending themselves from these outer-worldly attackers. You’ll be able to use a variety of weapons and equipment to aid you, including various Point Streaks. FPS base defense, scavenging and class leveling are the key components that make up this game mode, according to Infinity Ward’s description.

Check it the new trailer below!

Call of Duty: Ghosts launches November 5 on current-gen hardware, November 15 on the PlayStation 4 and November 22 on the Xbox One.

Are you pumped for Extinction?