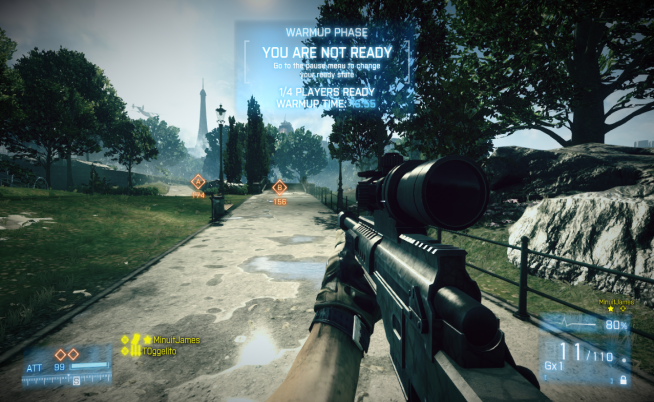 Battlefield 3’s “Matches” feature is finally getting its grand entrance.

Many BF3 vets will have noticed the Matches feature sitting underneath the multiplayer menu on their Battlelog for quite some time now. It was rather apparent that it would allow users to set up competitive matches among other players on rented servers, but until now, details have been scarce. At last, the official Battlefield Blog has released the first bit of info and gives us our first look at what it’s all about.

The Matches feature “will allow players to coordinate competitive multiplayer sessions with their friends and squad members.” Players will be able to control variables like the “time, server, game settings and roster for their matches.” Of course, in order to set up a match, players must be actively renting a BF3 server on either the PC, Xbox 360 or PS3.

After preliminary decisions are made and settings like “friendly fire, 3D spotting, squad-leader spawning, kill cam, health regeneration, a list of weapon unlocks that will be made available to players are tweaked to the users, and more” are established, players can then select rosters for their teams from their friends lists or Platoon. An assigned team leader on the opposing team will be able to select a roster for his or her own team.

After the set up process, all that’s left is for the match to actually begin. Each match will be preceded by a Warm-up Phase where no points are accumulated. This will continue until all participant have signaled that they are ready to begin the actual match.

Results will be viewable on the Battlelog after each match where players can view the “number of rounds played, what maps were used, the team that won each round, and other relevant information.”

It’s been a long time coming, but easy access to competitive/tournament play in Battlefield 3 is finally on its way. Stay tuned for more details and check out some of the images below.

Don’t forget about Battlefield 3’s Double XP event on until the 8th of July!