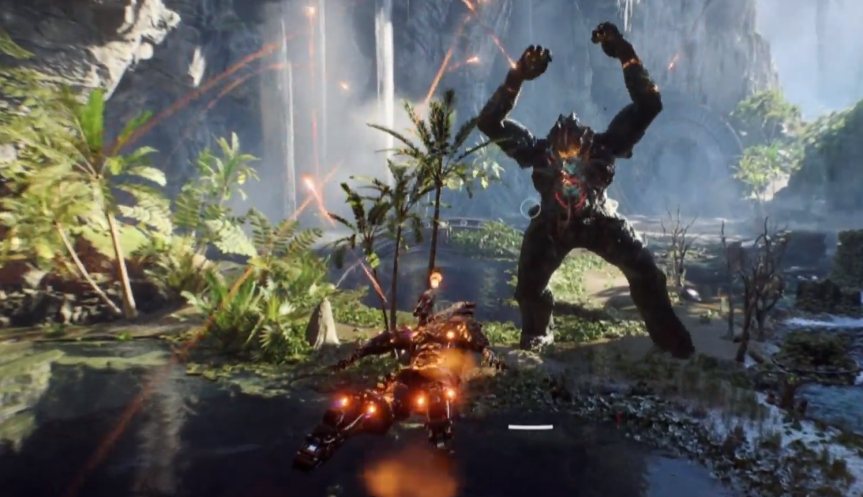 Possibly one of the biggest things separating Anthem from other “shared world” services games like Destiny and The Division is the fact that in Anthem, you can fly. And I don’t mean glide, but actual flight using your javelin suits.

While this gameplay mechanic is cool enough in itself, it could present a load of problems in boss fights, right? Maybe the easy answer here is to not let players be able to fly during big encounters? Thankfully, BioWare isn’t doing any of that. Answering a Reddit poster’s question on whether players will be able to fly whenever they want, even in boss fights, the answer is yes.

BioWare Technical Design Director Brenon Holmes even cited an example on how flying is a good way to reposition during a fight.

Yep! Flight is a really good way of repositioning during a fight…

When I’m getting flanked or my position is getting overrun i’ll often fly over to a new vantage point to re-establish an advantage ????.

I have to admit, this sounds mighty cool. Let’s hope it’s as awesome as it sounds.

If you’re curious what the four javelin suits will be at launch, check them out here along with their skills and abilities!

In other Anthem news, BioWare has confirmed that Anthem’s version of raids will have matchmaking!