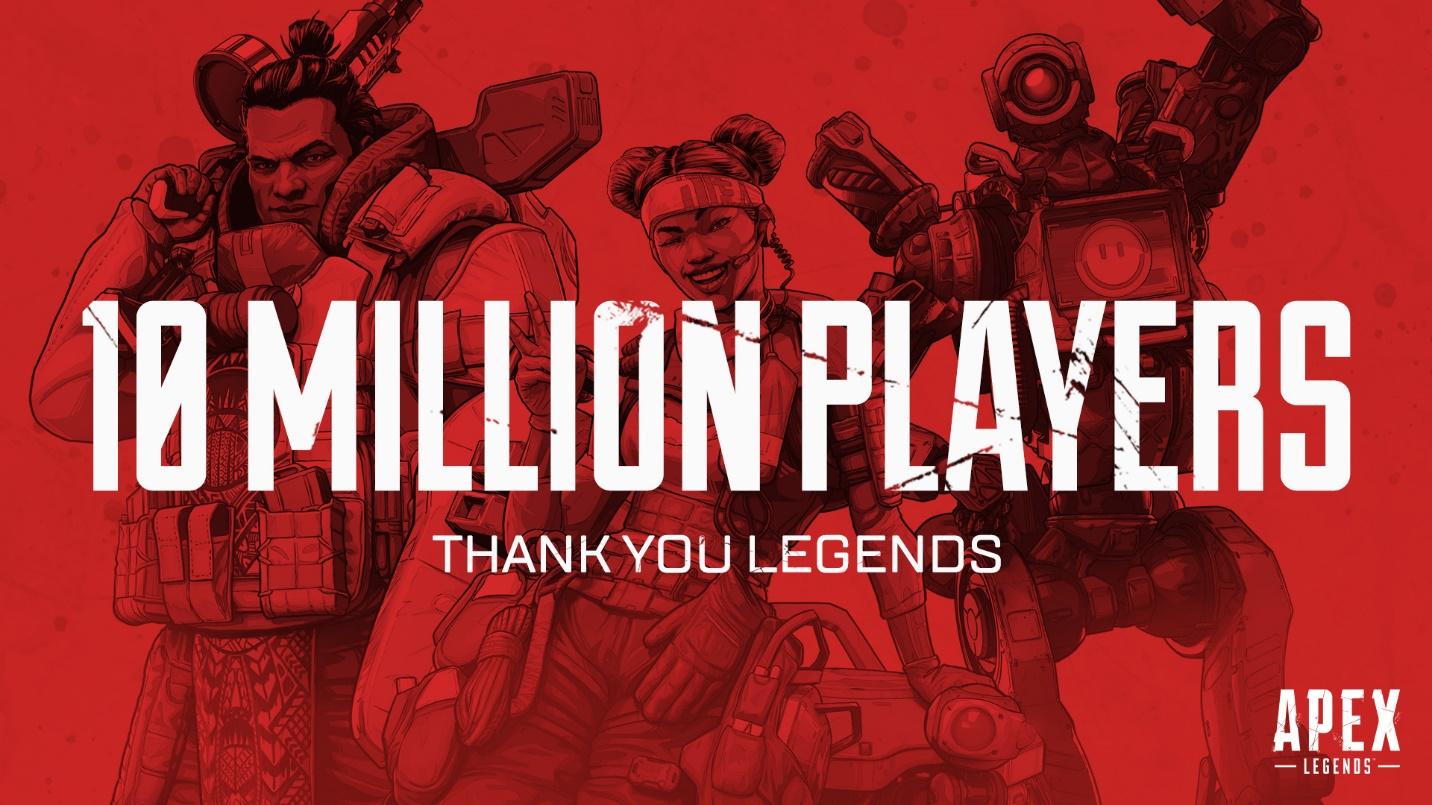 Just a few days ago, we mentioned how Apex Legends was teetering towards three million unique players. While that alone is impressive, it seems that’s nothing compared to what the free-to-play battle royale title has achieved now.

Not only did the Apex Legends player base reach 10 million players total, but the Apex Legends concurrent players number has breached over one million! Check out the full thank you letter Respawn Entertainment CEO Vince Zampella posted to the game’s fans.

In 72 hours, over 10 million players have jumped into Apex Legends and we’ve breached 1 million concurrent players!

This has been a truly incredible journey. We tested and tweaked. We argued and agreed. We got to a point where we felt some magic. We knew it would be risky to take the franchise in this direction, to go free to play, and do a surprise launch. But we fell in love with Apex Legends and wanted, needed, other people to play it too.

We hoped you’d love it as much as us, but never in our wildest dreams could we have expected the outpouring of support and positivity we’ve seen. From all of us at Respawn, thank you for giving us and Apex Legends a chance. Thank you for joining us on this journey. This is just the beginning! We have so much more in store for you this year.

See you in the arena!

Have you played Apex Legends yet? Do you think it’s as good as what some people say or they’re just being carried by the hype surrounding it?

DICE Holds Battlefield V Survey, Gets Called Out by Some Members of the Community