(Disclaimer: The views and opinions in this article is that solely of the author’s and does not represent the views of the entire MP1st staff)

The Titanfall community appears to be having its own little civil war, with fans being split between either hating or loving Respawns recent release, Apex Legends.

Little was known at the time the rumors began spreading about Apex Legends. What we did know was that it was set in the Titanfall universe, and this was enough to get excited about. After launching two iterations of Titanfall, fans were happy to hear that we may soon be getting more of it, even if it was in the form of a battle royale title. And despite the initial reports stating that the game would feature no Titans (a staple of the series) the core gameplay of the Pilot characters still had much to look forward to. Respawn took the world by storm when it introduced the gameplay for the Titanfall series, and many saw the studio as EA’s last redeeming factor.

So while the idea of a full free-to-play battle royal game based on Titanfall did have the general population optimistic, many had hoped for that stellar combat from the series to transition in. 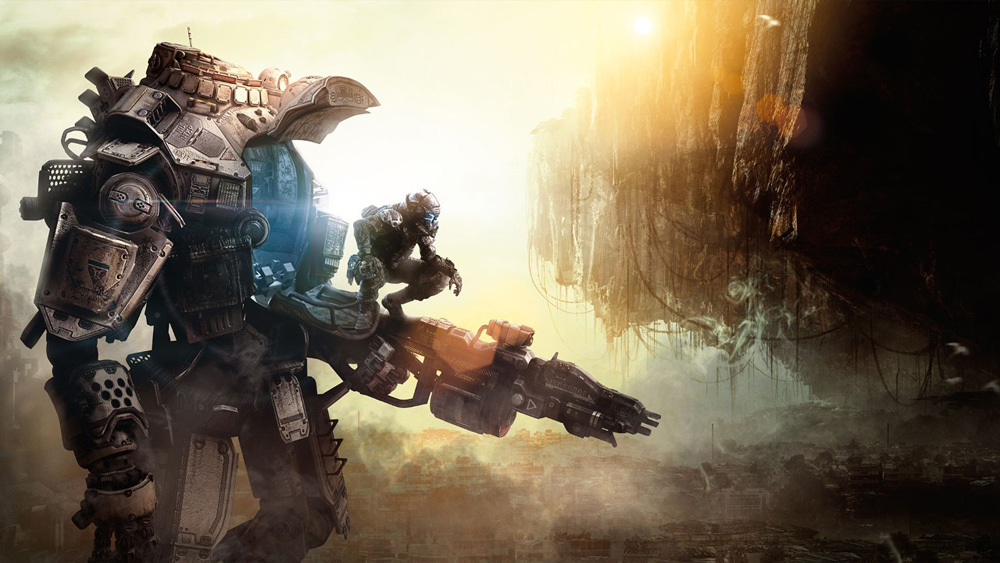 Lets face it, the information spread by YouTubers and Twitch streamers really were a major driving force riding on the fans. Apex Legends could have easily fallen in the cracks along with the other not-so-popular battle royal titles that are out there, if it weren’t for the influencers. These folks leaked the information ahead of the reveal to draw up as much attention as possible, doing what they do best and the easiest way to advertise the game as a Titanfall-related project that certainly left many sour when the full reveal happened.

I think the material around the game was handled poorly and could have just generated enough hype by studio name alone. I mean these are the guys who created arguably the best Call of Duty game of all time (Call of Duty: Modern Warfare 1 & 2) out there, and Titanfall 1 certainly generated a large fanbase simply because we knew what Respawn was capable of. And the reveal could have been just as surprising considering no marketing went into it prior release. Read that again: no marketing went into a game before it was released. That is simply unheard of, and quite frankly goddamn brilliant of them. They could have came out and advertised the game months ahead as a new battle royale experience, and EA and Respawn probably would have gotten a large amount of hate for it with the typical response being “oh, another Battle Royale, no thanks” but the way this was done minimalized it and stirred up more hype than it probably would have gotten.

Let’s make this very clear:  the statement that is being thrown around above in defense of the game isn’t all to true at all. It may help in a sense that PC, and other platforms that Titanfall 1 and 2 is available on have seen its player count rise in the hours after Apex launched, but the clear target of the game isn’t to capture the interest of Titanfall fans, or to propel the Titanfall name, but instead to capture the battle royal audience — An audience fueled by Twitch streamers’ popularity every time a new battle royal game is launched. PlayerUnknown’s Battlegrounds (PUBG) started it all, followed by Fortnite, then Call of Duty: Black Ops 4’s Blackout, and now Apex Legends. And guess what’s coming next? Battefield V’s battle royale mode called Firestorm in March.

To Apex Legends’ defense, it may possibly be one of the best battle royale released on the market. I can’t truly state that for myself as I have never been a fan of the genre to begin with. I tried Fortnite, didn’t like it. PUGB? Nope. Blackout? Well I think you get it. The genre just never clicked with me and that’s okay because everyone likes or hate something that everyone else may feel the opposite about; it’s how the world works and always will work. Apex Legends may have stellar gameplay and may innovate how battle royal is done, but it’s just not my cup of tea and that doesn’t make it a bad game at all. I’ll say that fans of the genre are absolutely loving it, and this here is where this won’t help in terms of exposure of the Titanfall series.

Apex Legends is a battle royal game designed to do what all other past battle royale released were designed to do: Oversaturate and to cash in on the current hot fad. Remember how zombies was at an all time high with everyone trying to cash in on the experience only for it to dwindle out and be replaced by battle royale? Battle royale is this generation’s zombie fad, and this is how it’s hurting the Titanfall franchise: while it can be played by anyone, the audience is going to see the main course as the BR mode, and won’t care about the beefier meal that made the series what it is.

What Titanfall Fans May Be Upset About

It’s hard to believe that Respawn Entertainment came up with this idea all by themselves, but what might be even harder to believe is that EA wanted to further invest in expanding the Titanfall IP. Who’s to blame? Who knows, but it’s not what fans had in mind even knowingly that it’s a canon spin-off.

I firmly believe that Titanfall fans don’t hate Apex Legends for what it is as a game, but more so for the loose ties it has with Titanfall, and what it may bring to the table for the future of the franchise.

Apex Legends establishes itself as a spin-off taking place 30 years after the event of Titanfall 2. It takes place far far away from the frontier in a place called the Outland. It’s very clear that this isn’t Titanfall nor is it trying to be — as if the lack of Titans wasn’t obvious enough.

The gameplay is vastly different, and the characters come off as “goofy” cartoon personality that you would see from titles like Fortnite and Overwatch. Again, catering to a specific demographic of gamers captured by the battle royal popularity. The only major thing we can say that the two share are weapons and some gadgets. Otherwise, it heavily relies on the hero aspect. In reality, this is a title that could have stood on its own and have no ties to Titanfall whatsoever since it adds little — if at all anything — to the main lore other than world building, which wouldn’t matter unless the future iterations plan on taking from it. It feels like a missed opportunity that could have been better fitted in the Titanfall universe, such as being a prequel type of spin-off and having heroes based around the factions introduced in the series. 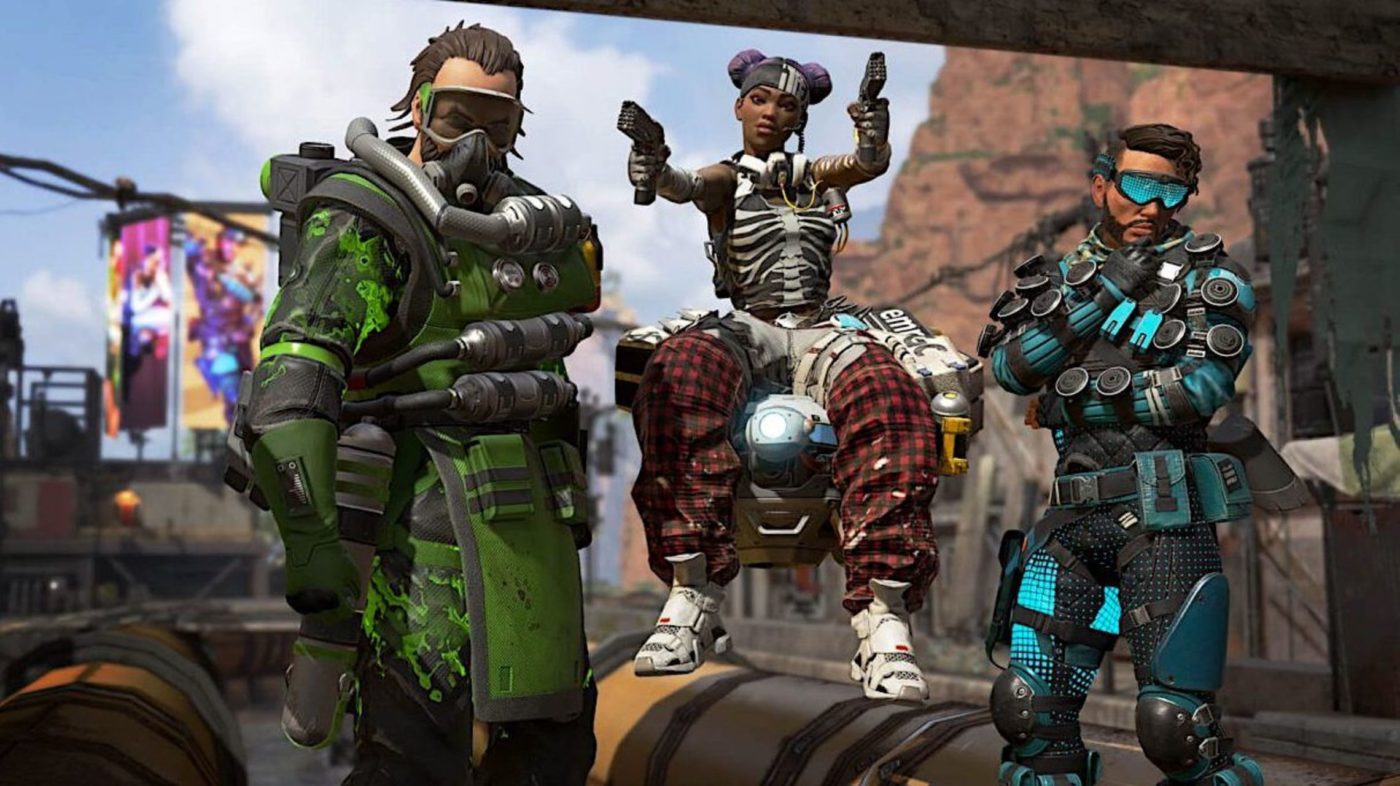 I can only speak for myself here when I say this, but seeing this from Respawn Entertainment speaks volumes. Here we have a studio that many see as EA’s last shining light making a move that many believe was a corporate decision to appeal to the masses and to jump in on what many are already doing, rather than giving us something different like they did with Titanfall. I don’t want to say that it feels like a knife to the back as that’s a little extreme, but it certainly isn’t leaving a good taste. It feels as if Respawn is taking a step back here just to follow the current trend in gaming and piggybacked off Titanfall. And it saddens me knowing that Titanfall 3 could have potentially been canceled in favor of this, and that future installments are now in doubt. We know that Titanfall is going to continue on, but to what capacity? More spin-offs? All we know is that later this year there will be a  “premium” Titanfall with a creative take and it won’t be Titanfall 3. Take that as you will.

I’ll leave this off on a positive note. I’m glad Respawn Entertainment has a major hit, and if what they say is true and this was all their idea with no pressure from EA, it could very well mean a bright future ahead of them if it opens up more creative freedom. I don’t want the studio to be known as the guys who only work on yearly Titanfall and Star Wars games because that’d get boring. So I applaud the dev team for at least expanding, but at the same time criticize them for trying to play it safe and expanding on an IP that seems already well established for the type of tone it has to offer.