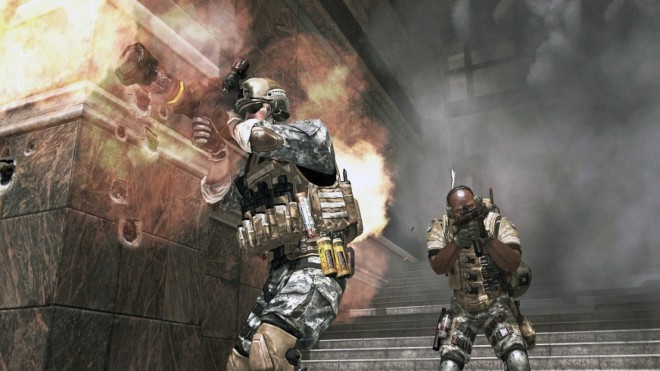 Arctic Combat Takes a Page Out Of Counter-Strike, Literally

The free-to-play first person shooter, Arctic Combat, seems to be under some fire with private testers finding very a familiar discovery.

Titled “Sand Storm”, this Arctic Combat map has players battling it out in fast-paced and tight, close quarter areas. Now if that video above didn’t remind you of anything, here’s a classic, similar-looking map being played on the highly popular tactical FPS title, Counter-Strike.

Besides some objects being placed in different spots, Sand Storm is nearly a carbon copy of de_dust2 from Counter-Strike. Not only that, but you can also see that the gameplay does seem a bit Call of Duty-ish. I will admit though, despite it’s imitations, it does look decently fun.

What do you guys think? Leave your thoughts in the comments below!