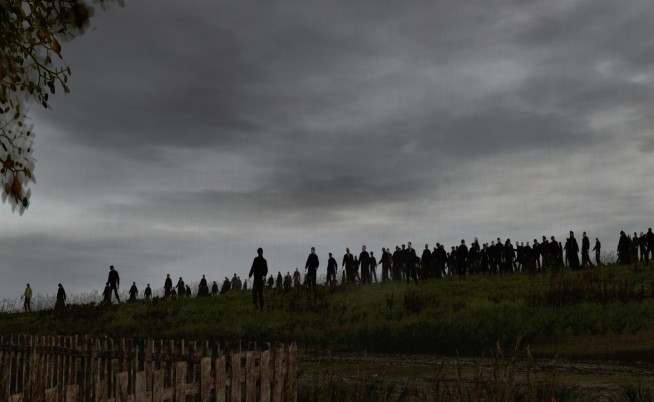 More and more, the Arma 2 mod DayZ is making video gaming headlines, and for good reason.

The last time we reported on the online multiplayer, zombie survival-horror modification of the ultra realistic military shooter Arma 2, DayZ managed to boost the original game’s sales by a whopping 500%, roughly 3 years after its release.

Today, we happily report that the DayZ mod has currently accumulated over 420,000 players and that number is going nowhere but up.

Speaking with Eurogamer, creator and Bohemia Interactive multiplayer designer Dean Hall stated that he expects another 10,000 players to be added to the open world of Chernarus by tomorrow, July 8th, and expects to see half a million total by next week.

“Currently we’re running 22,000 concurrent at full peak, and 10,000 off peak, which is pretty huge numbers considering the original data structure and system was designed to handle 100 concurrents, and two servers,” Hall said during a developer session at Rezzed, a PC and indie game show in Brighton. He added, “we now have 1000 servers. We’re getting 110,000 players in a 24 hour period at the moment.”

Interestingly, he mentions that the rapid growth has forced Hall to migrate its servers, five of which have been lost to overheating, six times already. These numbers are quite spectacular, considering DayZ “was really just designed as a tech demo for something I’d been pitching for a while,” Hall said.

Hall also mentioned that he would eventually like to see the DayZ mod turned into a standalone game, or perhaps even become free-to-play.

Are you playing DayZ?