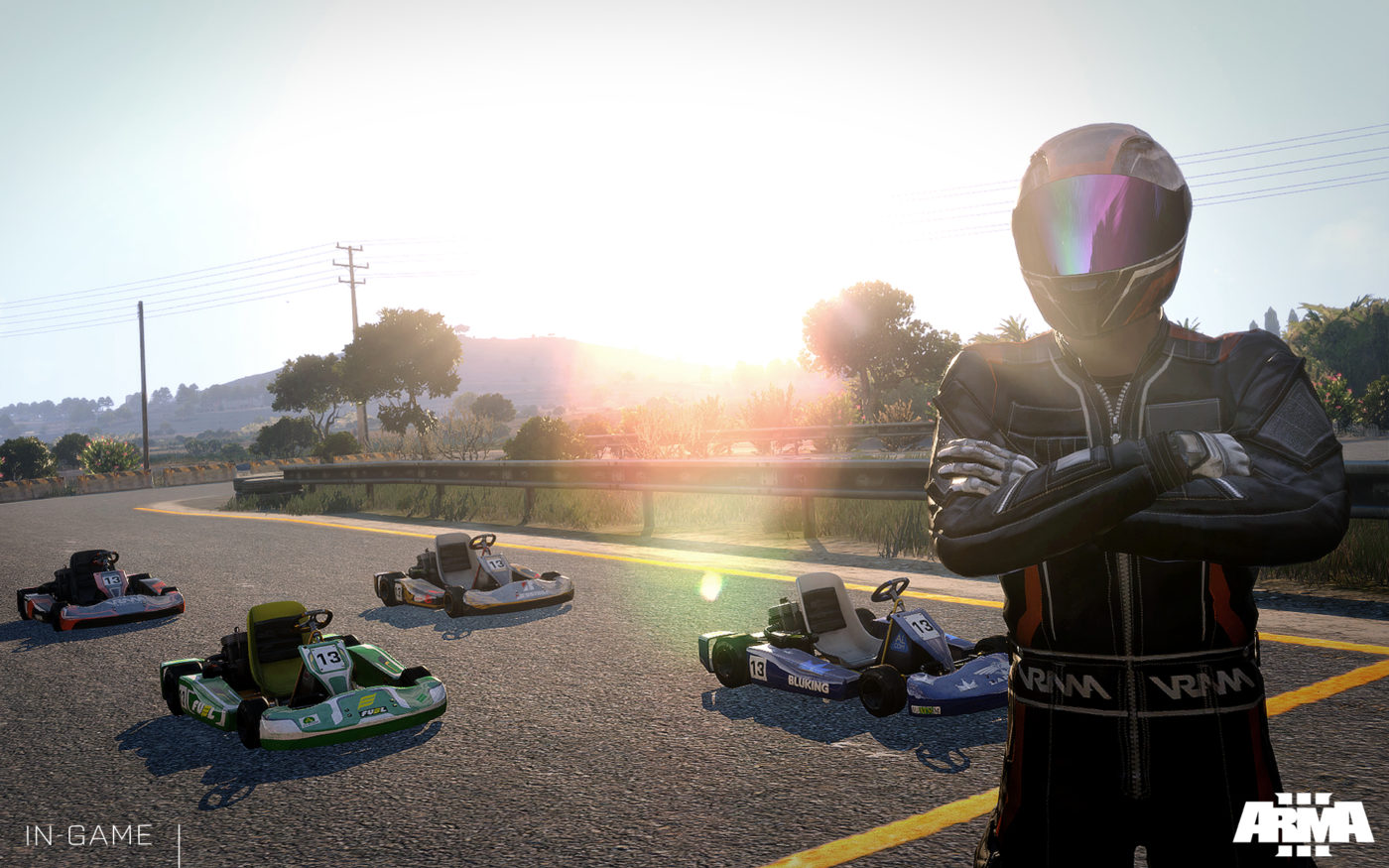 What began as a harmless April Fools joke is now taking the form of a fully realized piece of downloadable content for Bohemia Interactive’s PC military shooter, Arma 3.

Arma 3 Karts – yes, Karts – is now available to download on Steam for $1.99. But, hold on. Why would you want to pay two whole dollars for a military kart sim add-on? One, it’s fun. Two, a portion of the proceeds from all sales of Arma 3 Karts will be donated to the Czech Red Cross.

The studio says it’s also a way to test their new approach to premium content that aims to prevent splitting Arma 3’s multiplayer community, which you can read more about it here.

You can watch the original April Fool spoof above, and catch some of the DLC’s destructive gameplay action from our friend Luetin09 below: