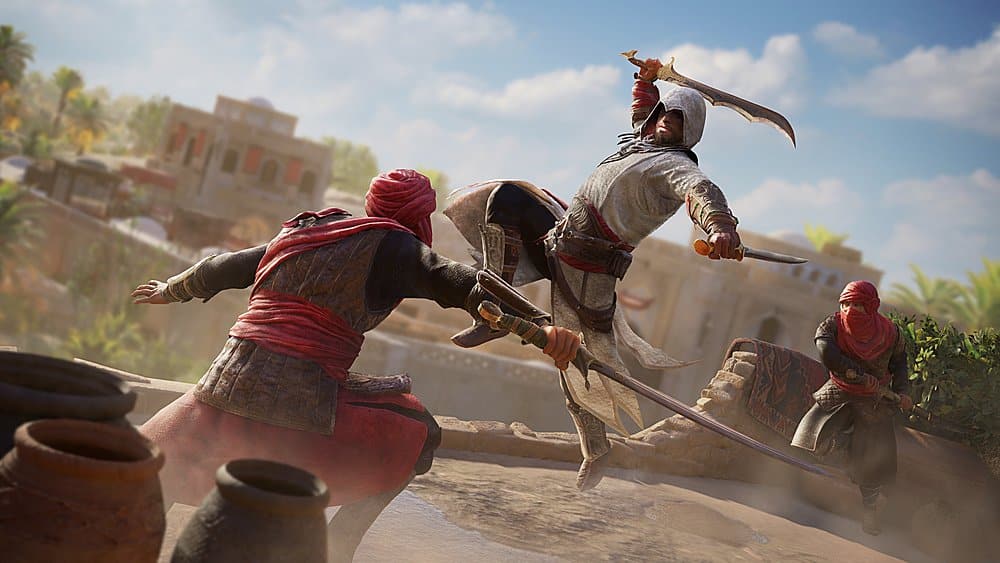 Watch the cinematic world premiere announce trailer of Assassin’s Creed® Mirage. In the ninth century CE, Baghdad is at its height, leading the world in science, art, innovation, and commerce. Amid its bustling urban landscape, a conflicted young orphan with a tragic past must navigate the streets to survive. Experience the story of Basim in Assassin’s Creed Mirage.

The game’s official webpage has also surfaced, and here are the key features listed:

In Assassin’s Creed Mirage, you are Basim, a cunning street thief with nightmarish visions seeking answers and justice.

Join an ancient organisation and come to understand a new creed – one that will change Basim’s fate in ways he never could have imagined.

Discover a narrative-driven action-adventure experience that follows the transformation of a defiant young man into a refined Master Assassin with a conflicted destiny. Meet an inspiring cast of characters who will shape Basim’s destiny and may be more than what they seem…

Become the most versatile Assassin in franchise history. Parkour seamlessly through the city and leverage the largest assortment of tools to date. Get contracts at the Assassin’s bureaus, collect vital clues, and stealthily take down targets with more visceral assassinations than ever before.

Explore a dense and vibrant city whose inhabitants react to your every move. Uncover the secrets of four unique districts, from the industrial Karkh to the lush gardens of the Round City. Discover surprising world events and interact with historical figures that shaped the Golden Age of Baghdad.

A TRIBUTE TO AN ORIGINAL

Experience a modern take on the features and gameplay that have defined a franchise for 15 years. Journey to Alamut, the legendary home of the Assassins who laid the foundations of the Creed in this heartfelt homage to the game that started it all.

The Division Heartland Gameplay Shown Off in New Dev Video