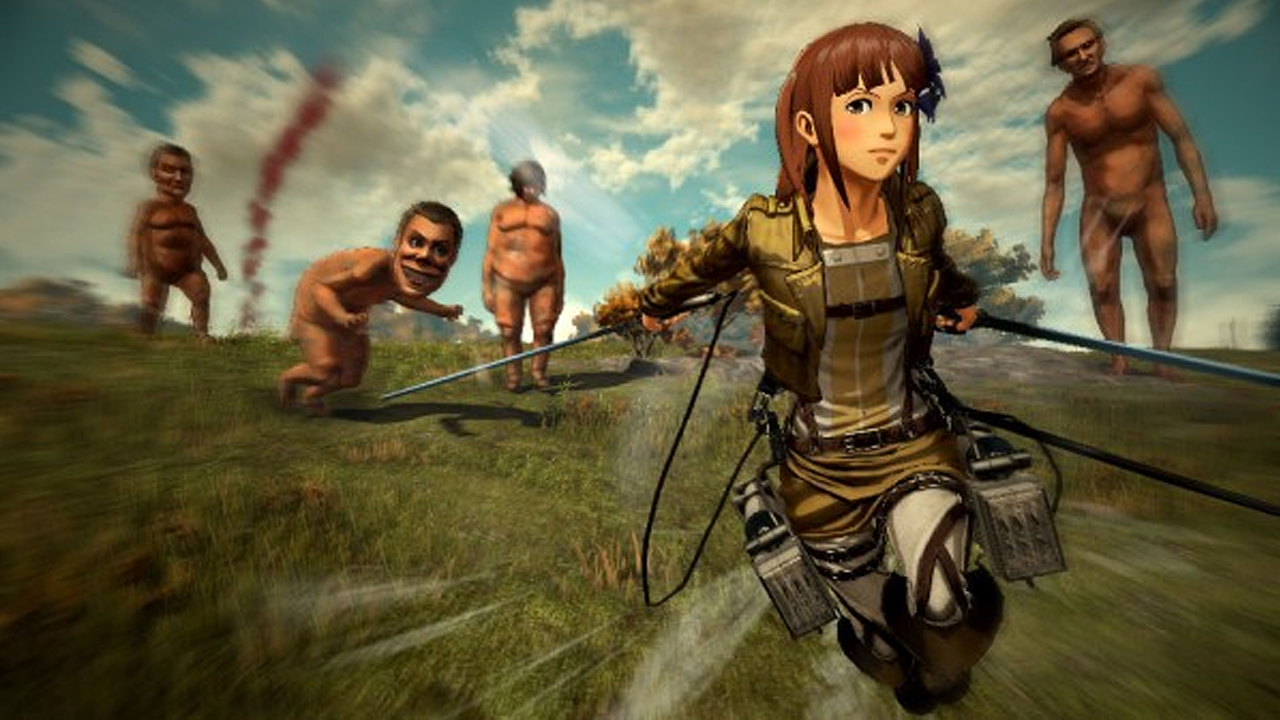 Attack on Titan 2 is set to launch on March 20, 2018, coming to PC, PS4, Xbox One, and Nintendo Switch. Despite its pretty imminent release, there’s still a lot we don’t know about the giant-slaying title. Thankfully, through an update on the game’s website, we now have more information about different online modes and the character editor.

We’ve compiled the new information below:

Team Battle of up to 4 vs 4 in Annihilation Mode!

The newly introduced Competitive game type, Annihilation Mode, sees two teams of four Scouts compete to earn the highest score within a set time limit. Defeating the devastating Titans is one of the most important ways to earn these points, and working together is key to annihilating these foes as quickly and efficiently as possible.

Tackling foes as a unit will earn the team a Chain Bonus, where higher scores will be offered through destroying each Titan body part before eliminating them. Team members can be identified by a blue line connecting them.

As a match draws to a climactic close, the stakes rise as in the last minute any points earnt are doubled. Within this time, it is of upmost priority for players to work closely and earn as many points as possible to come out in the lead!

Communicate through gestures and messages

Interact with other players in the online lobby before battle. Familiar gestures, including the ‘dedicating your hearts’ gesture, and famous lines from the anime and manga are available.

Online functionality isn’t only limited to competitive play. Players can take on missions co-operatively in Story Mode and Scout Missions with friends or other players around the world. Gathering a team of close allies during these modes allows players to experience the gripping events of A.O.T. 2’s narrative together, or players can offer help others that are struggling against the Titan threat.

Create your very own character and join the fearless Scout Regiment. Battle through the gripping stories of Season 1 and 2 of the anime from a new perspective!

The character creation studio offers a multitude of customization options, including the ability to tweak Body Shape, Hairstyle, Facial Features, Clothing, and Tone of Voice.

Now you should have a better idea of what Attack on Titan 2 multiplayer is comprised of. Are you excited for the game’s release? Let us know.

Source: Attack on Titan 2 via Gematsu