Marvel’s Avengers Power Levels Will Be Based on Armor Stats Confirmed by Leaked Screenshot, New Gameplay Info Revealed From NYCC

While Marvel’s Avengers can be played as a single-player game, a big chunk of it can be played as a multiplayer, co-op affair like Destiny or The Division. Speaking of which, we now have confirmation that the Avengers game power levels will be based on armor stats — just like the games mentioned above!

This was confirmed today thanks to the New York Comic-Con currently happening now. Over on Reddit, user AbusedPsyche shared an image confirming that the game was at the event, and one of these showed the game’s menu system for the characters, which shows us the armor Iron Man was wearing at the time, and the appropriate power level. 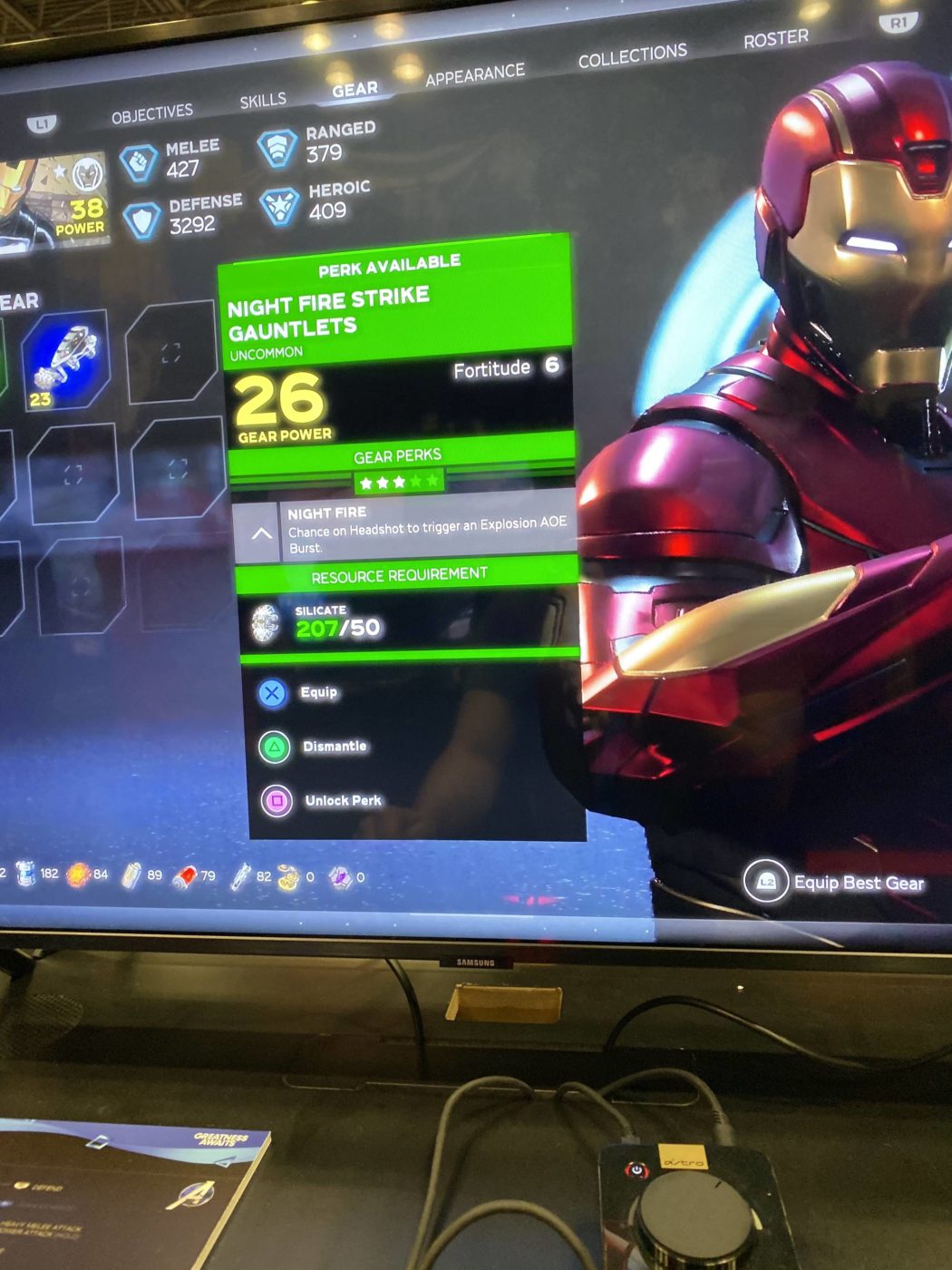 As you can see, the Night Fire Strike Gauntlets has the Gear Power Level of 26, which we assume will be part of your character’s power level, and can be increased depending on the gear that you equip (yes, like Destiny and games similar to it). You can even see what appears to be the character’s overall gear score on the upper left, which shows this Iron Man at 38.

The same Reddit user shared a few more gameplay info based on the trailer shown to Comic-Con attendees!

That’s the only photo I could get before they saw me. Feel free to ask questions but I’ll be at the con all day. I’ll tray to answer as soon as possible.

The trailer showed that AIM took over hero work after A Day and developed the (Synthoids?) to police the world. They showed some of them that I assume will be one of the main enemies in the game.

They also showed off what the skill tree looks like and briefly spoke of the single player vs multiplayer content. Progress for each character will move between both.

And yes there is a jump button for at least some characters. Didn’t remember to click it for all of them.

Here are more photos from the Con including a real-life statue of Captain America! 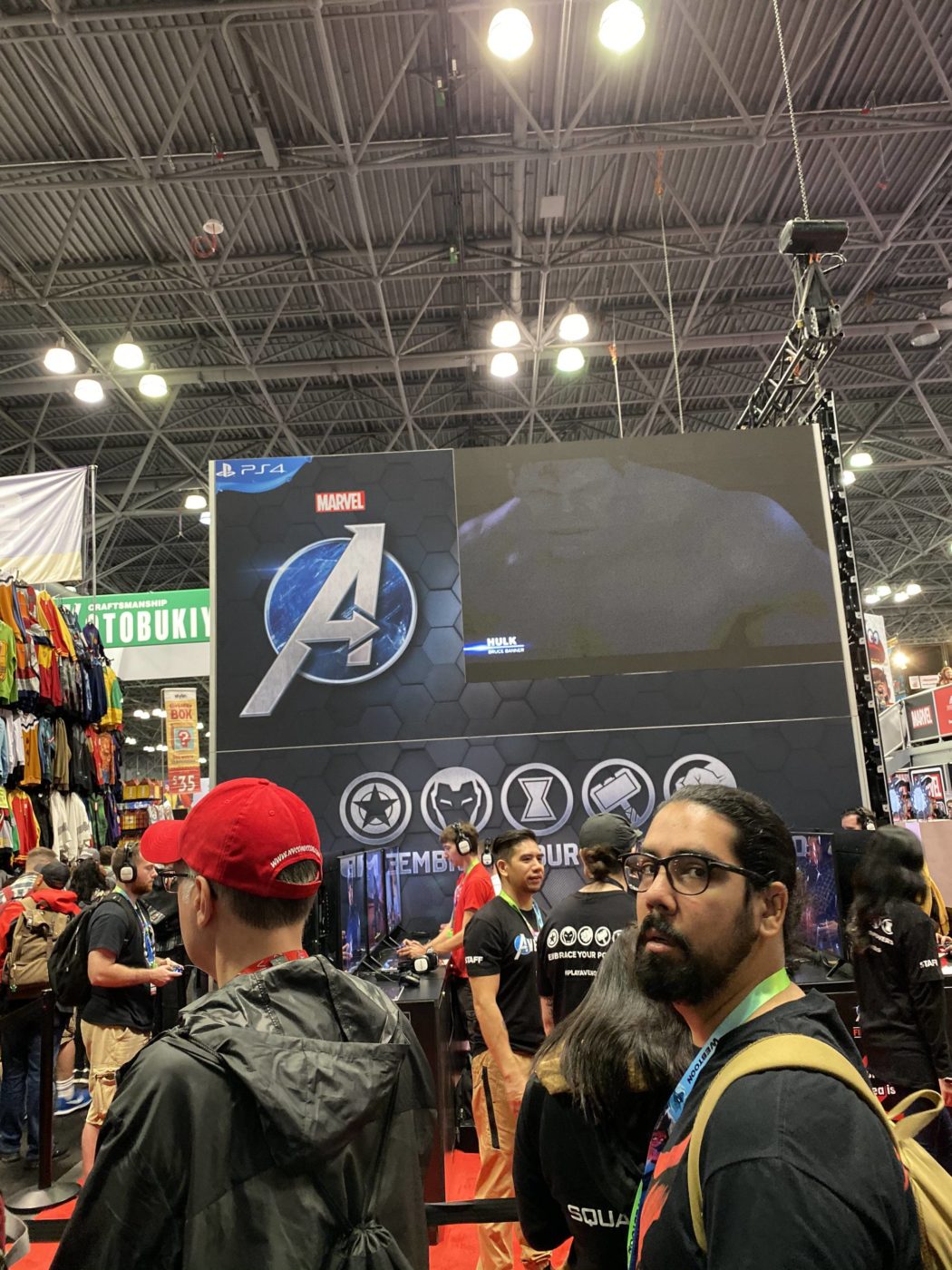 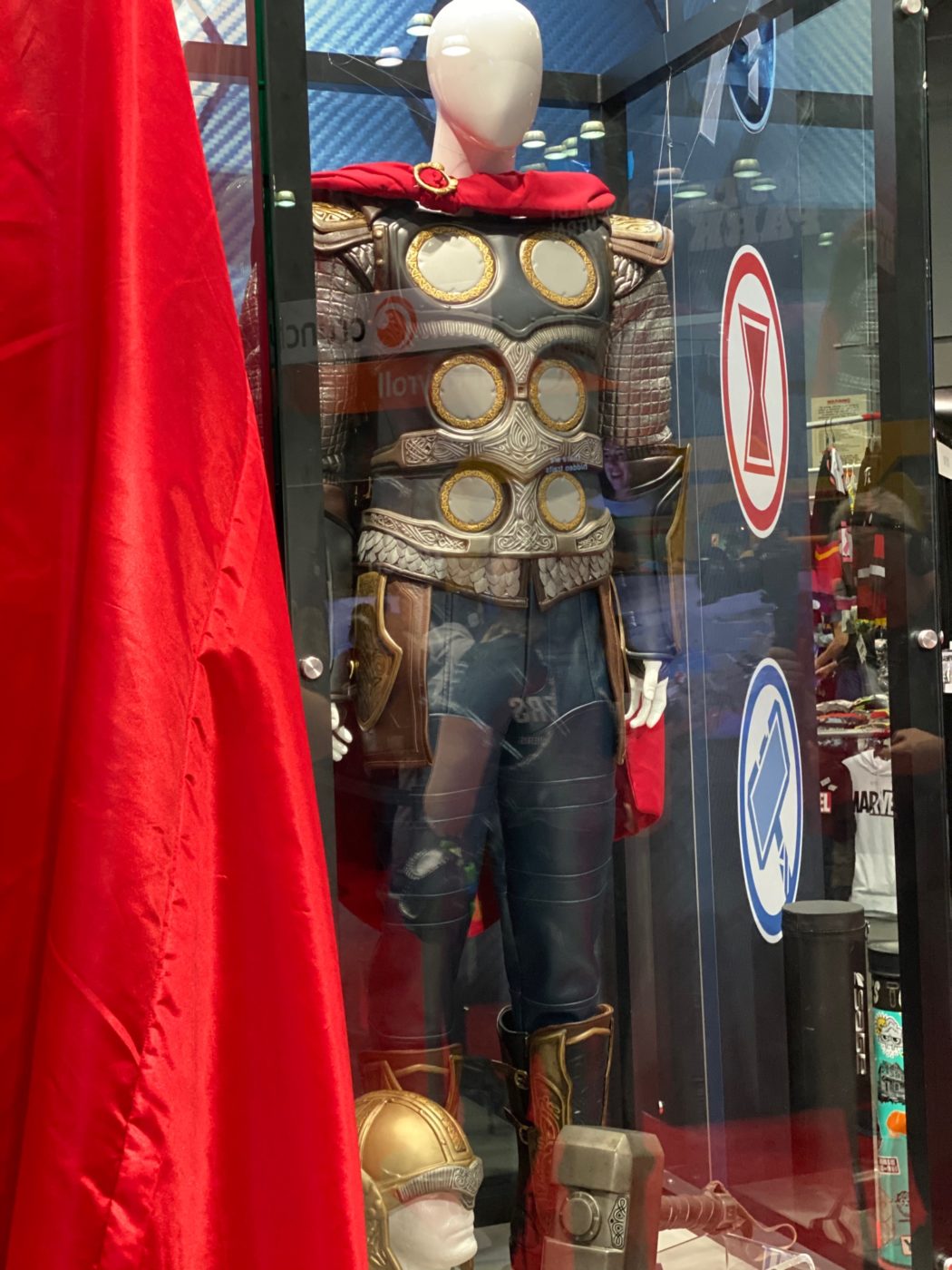 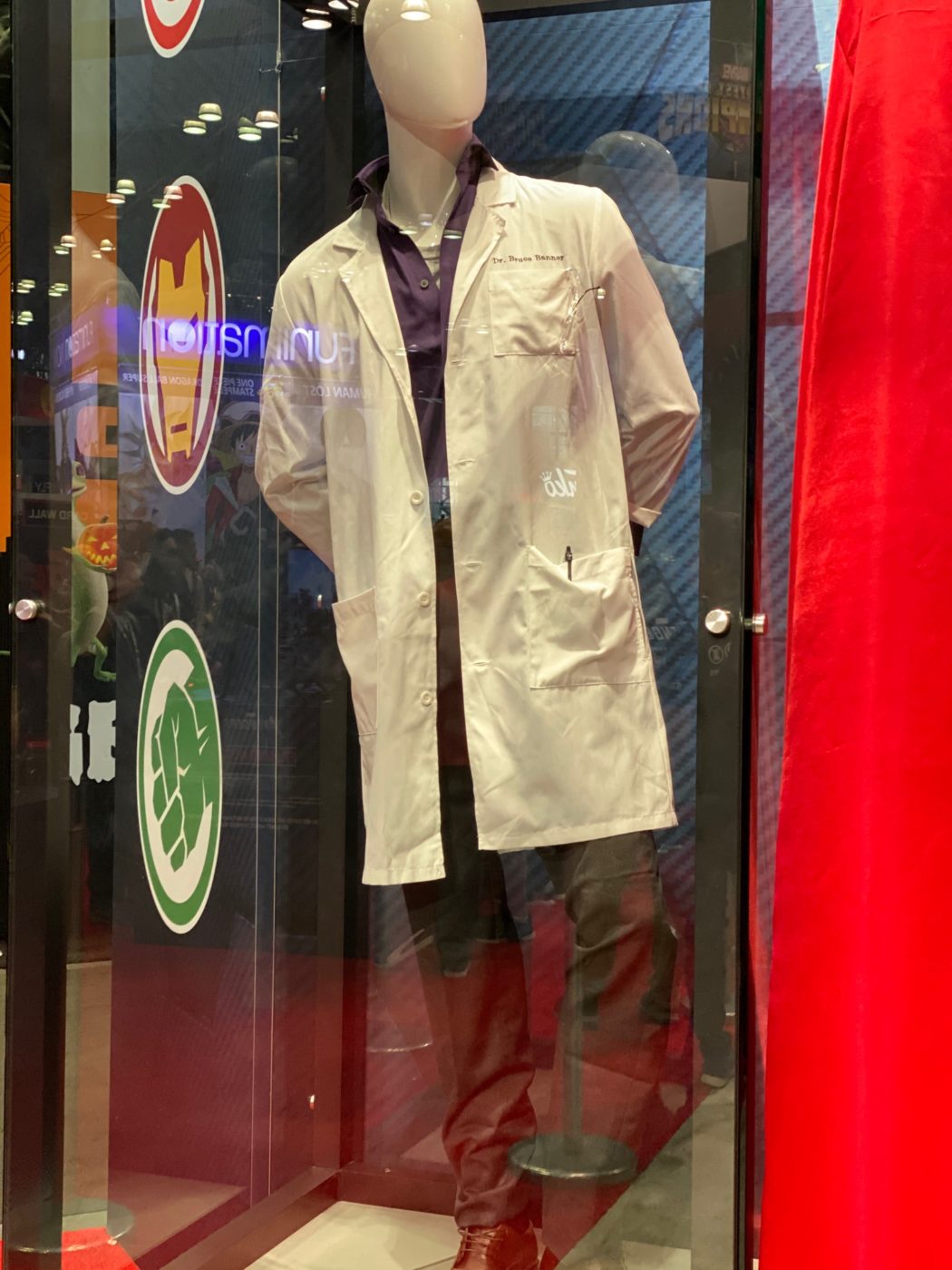 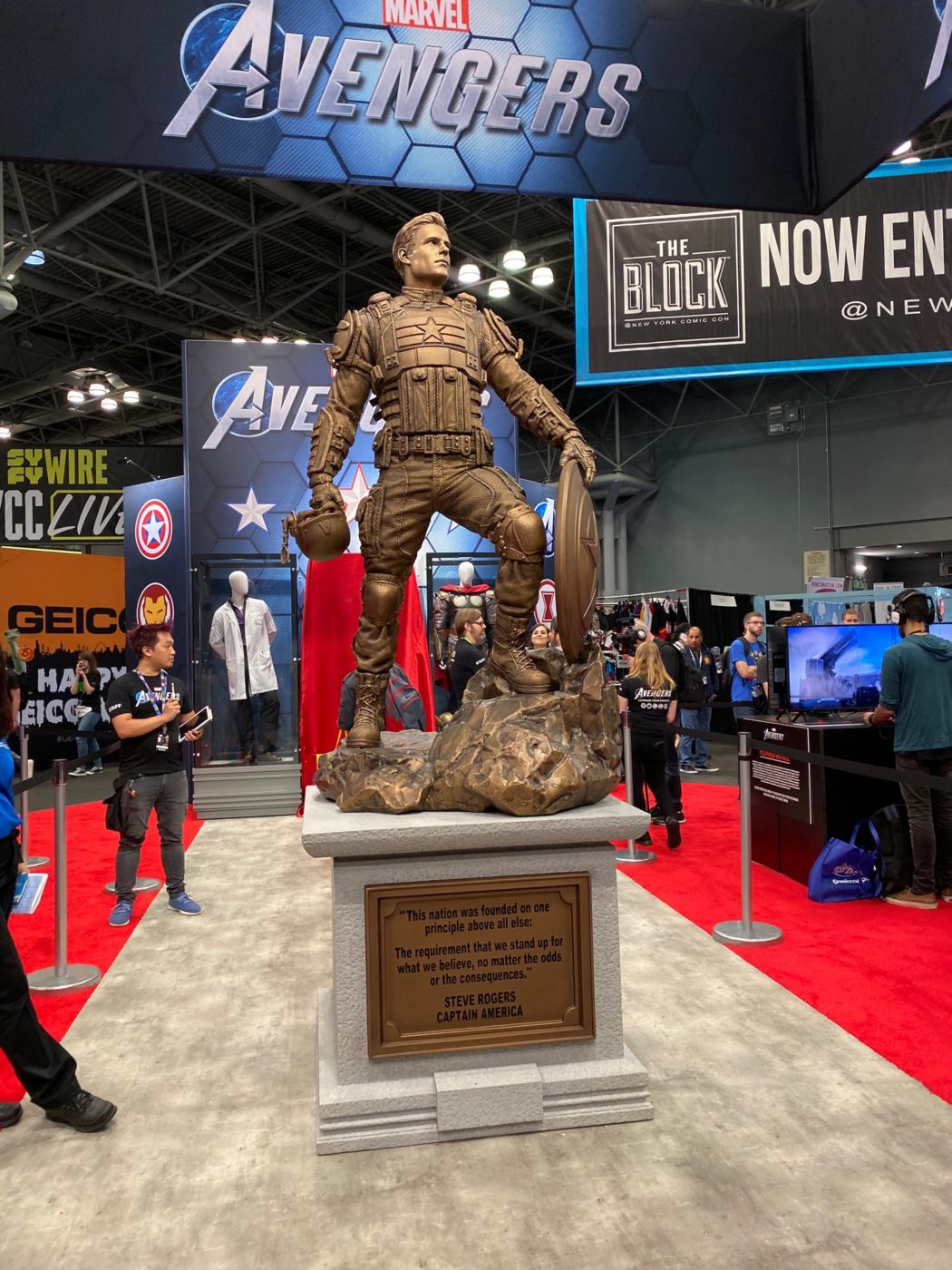 In other Marvel’s Avengers news, go check out this comparison vid showcasing the real-life MCU moves compared to the ones in the game. We also posted the character spotlight profiles that have been revealed, which you can check out here.