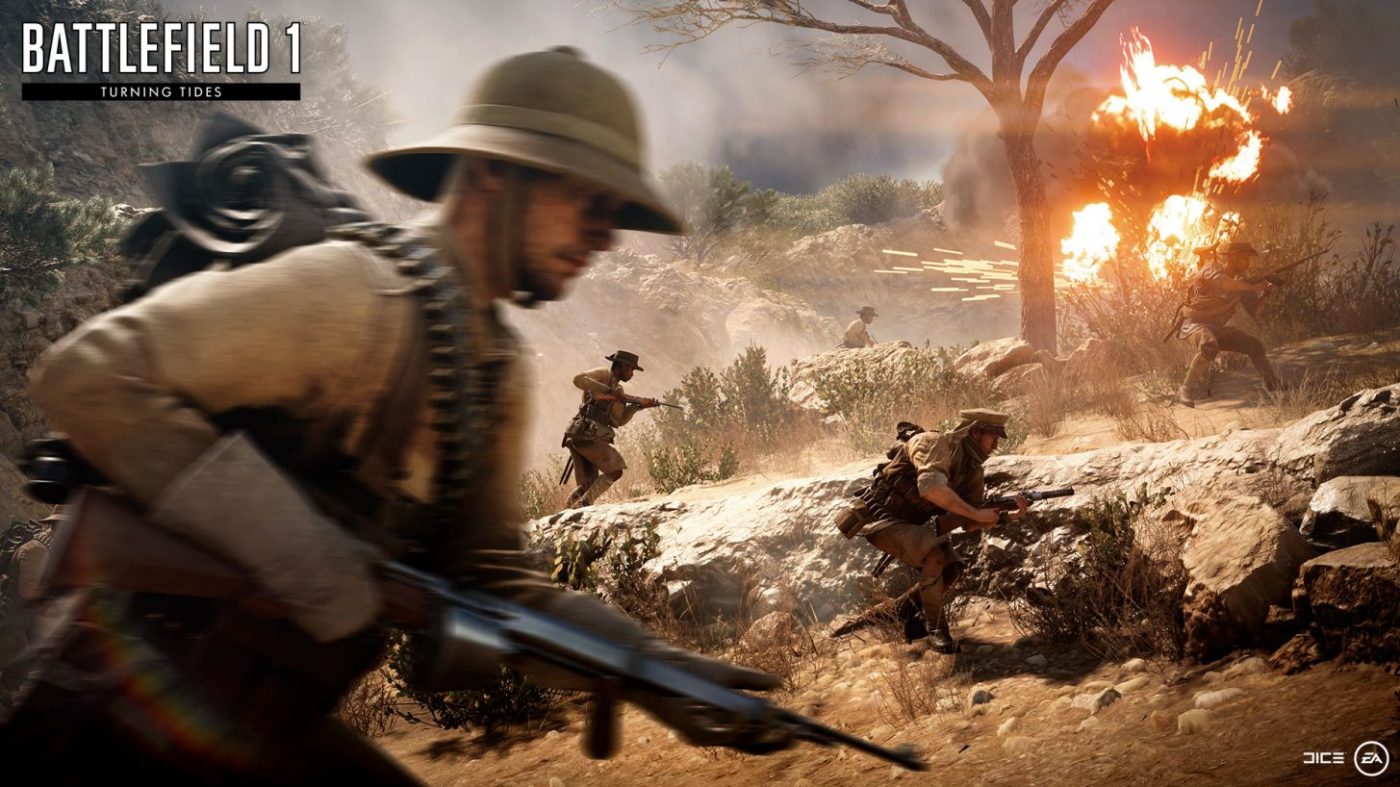 Those still playing Battlefield 1, DICE has released a Battlefield 1 new Operation Campaign! Titled Blood and Sand, this will run until April 23, 2020, and wil have players fighting across five maps.

This campaign consists of the Oil of Empires Operation from the base game and the Gallipoli Operation introduced in Battlefield 1 Turning Tides. In other words, you’ll be fighting on Cape Helles, Achi Baba, Fao Fortress, Suez, and Sinai Desert – and the links we just dropped lead to in-depth articles on each map.

Those not familiar with Operation Campaign, it’s essentially several Operations combined into one. Completing Operation Campaigns will earn players Battlepacks, and include weapon cosmetic items, puzzle piecs for those rare melee weapons and lots more.

Also of note, Battlefield Producer Jaqub Ajmal announced that a campaign progression issue has finally been sorted too!

BATTLEFIELD 1 – Operation Campaign – Blood and Sand is now live, and the issue with the campaign progression has been sorted. pic.twitter.com/Be1S3LqbQ8

This new Battlefield 1 Operation Campaign should be a welcome sight of relief, particularly after this past weekend’s server outage.