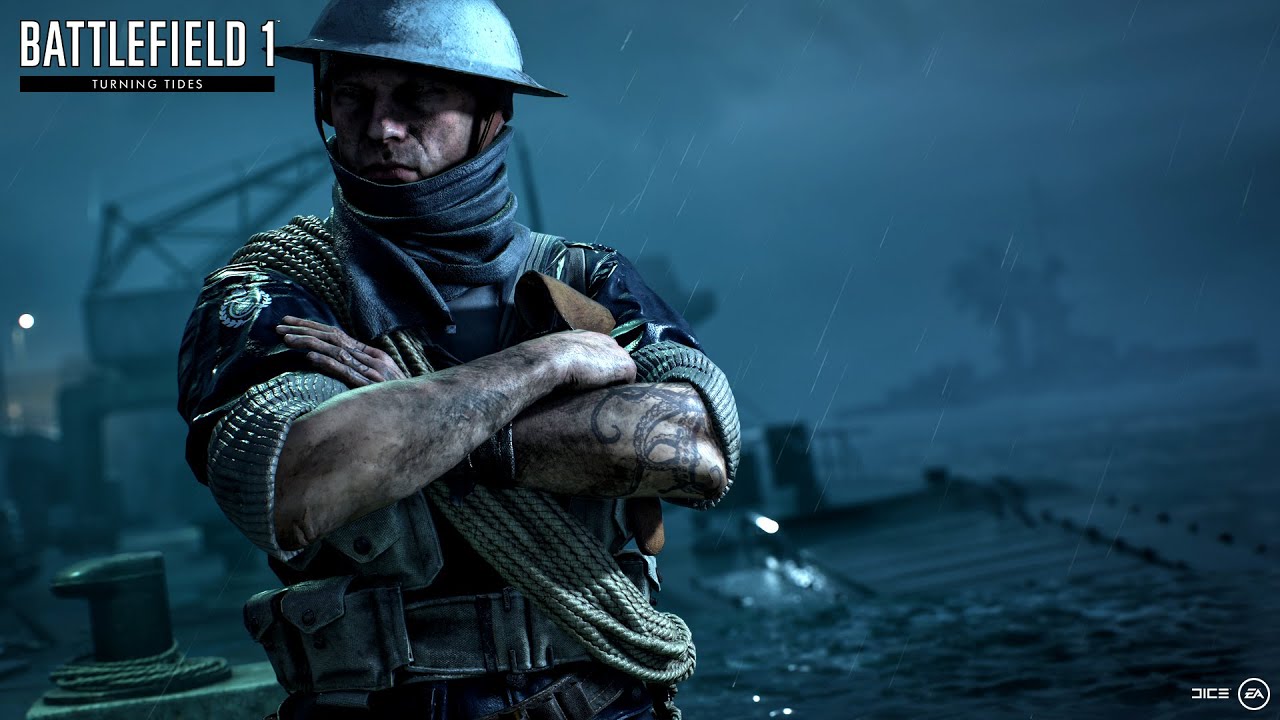 To celebrate the release, DICE has teamed up with video creator The Two Scotsmen to make a short trailer. Watch it below:

Here’s a reminder of the new content available to Premium Pass holders:

The Great War at sea. Engage in an epic naval clash as the British Empire Royal Marines and German Navy pit dreadnoughts, destroyers, and aircraft against each other while infantry troops fight by the iconic red cliffs of Rocky Cove.

Take part of the daring British raid on the Belgian port of Bruges-Zeebrugge with rough waves and a vast German mole as backdrop. Fight at sea, in the air, and in close-quarter infantry environments.

Don the characteristic blue uniform of the British Empire’s elite naval troops and charge into battle with the new Royal Marines.

Rule the waves with the all-new L-Class Destroyer. Jump into one of four seats and deliver mayhem to sea, air, and ground units using cannons, torpedoes, AA guns, and mines. To dominate the air, spawn on the new, nimble C-Class Airship with room for a pilot and three gunners.

Will you be trying out the new Turning Tides content? Let us know.

In other Battlefield 1 news, YouTuber LevelCap shared his thoughts on EA manipulating the media, all Operations are now accessible to all players with no Premium Pass requirement, and Battlepack Revision #74 is now live.