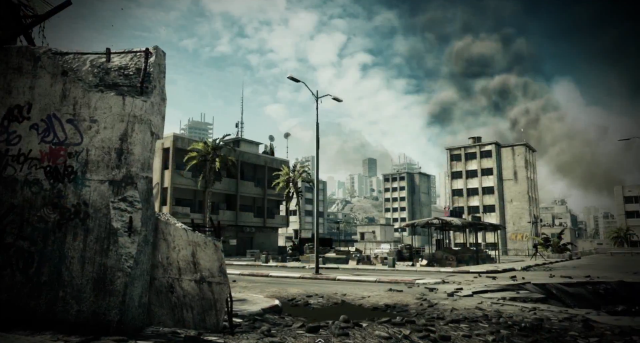 If you ask long-time Battlefield fans what their favorite map in the entire series is, there’s a big chance it’s Strike at Karkand (or Back to Karkand if you want to be more recent).  While there’s a chance that Karkand will be back in Battlefield V (though unlikely), fans will still need to wait to wage war on one of the franchise’s most iconic maps.

Thankfully, we don’t have to wait at all, if we want to see what a Battlefield 2 remake of Karkand looks like in Unreal Engine 4! YouTube channel Hammer Space has uploaded a video showcasing a fan-made remake of Karkand! There’s new lighting, new textures, and more.

Of course, given how Battlefield V is a shooter set during the World War 2 era, and Battlefield 2 focused on modern combat, chances are low that we’ll see Karkand back in BFV. That said, anything can happen, right? As for the trailer above, it’s entirely fan-made, and it has a long way to go to make the amp playable publicly, and EA surely won’t allow it as well.

Would you want DICE to re-imagine some of its most famous maps for Battlefield V? If so, which ones are you favorite?