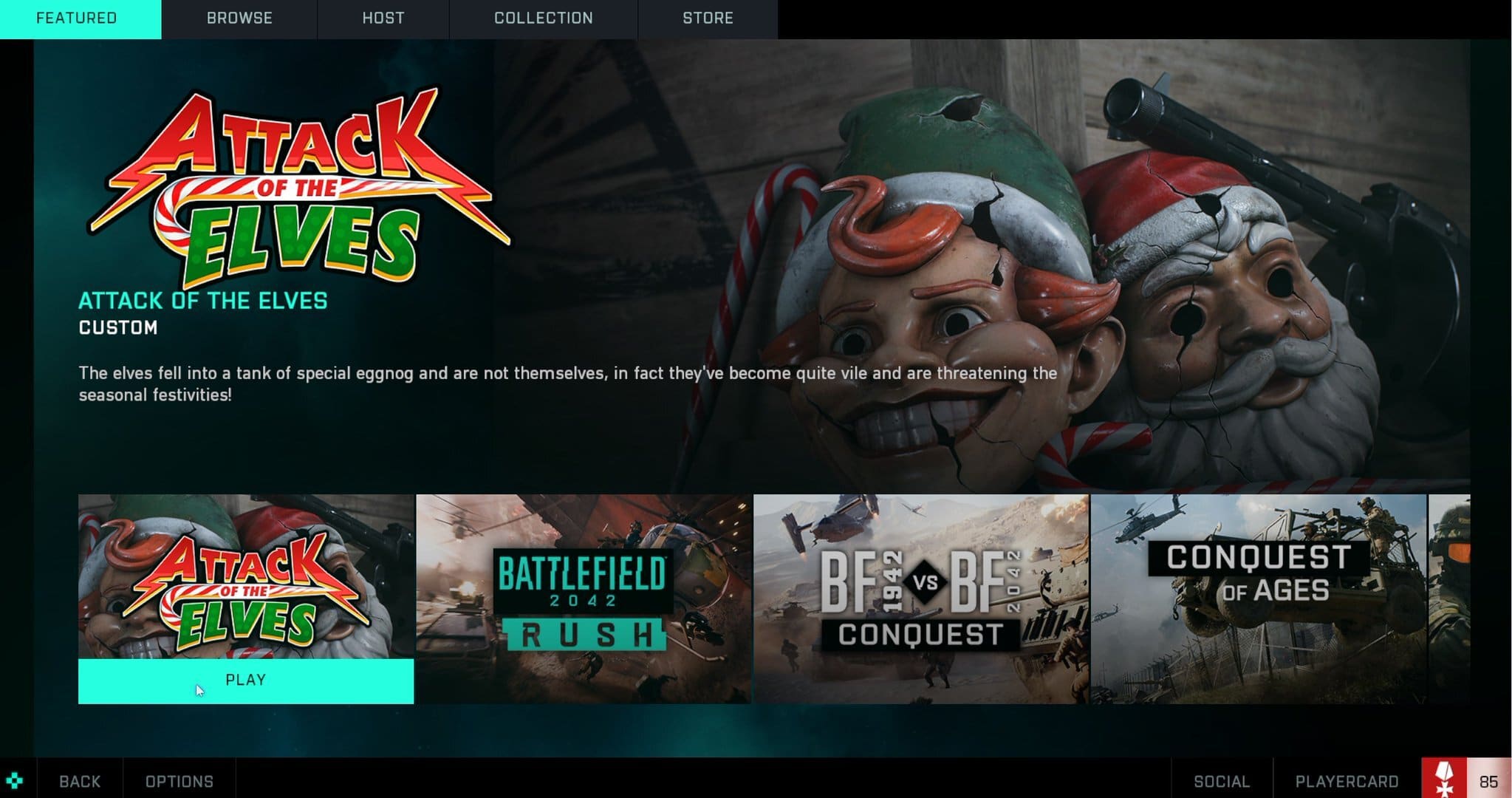 DICE has sprung the Battlefield 2042 Christmas event today called “Attack of the Elves.” Starting today, December 16, and running until January 6, 2022, players can join Team Santa to battle with Team Elves in 32-player combat!

Check out the screenshots below which we’ve captured that highlight some of the holiday-themed content players can ear in Battlefield 2022..

As a bonus, check out gameplay of Santa in Battlefield 2042 below, thanks to DANNYonPC!

In case you didn’t know, DICE has also rolled out the 64-player modes for PS5, Xbox Series X|S, and we’re hoping it becomes permanent. Got a cool Battlefield tip to share? Reach out to us at our tips hotline, and if we use your news bit, we’ll be sure to thank you.