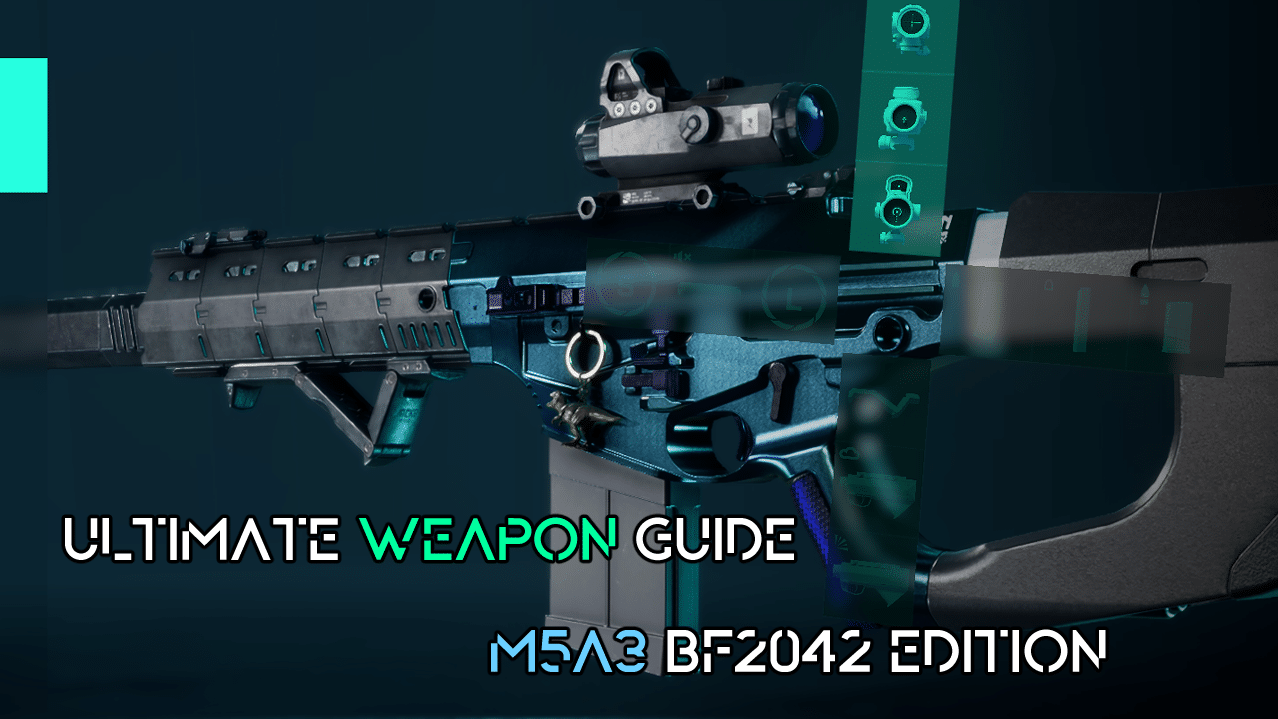 Continuning with MP1st’s weapons of Battlefield 2042 gun guides, first-person shooter fan and weapon guides maker Sorang has crafted another one, and this is a Battlefield 2042 M5A3 gun guide! What attachments should you use and how is it’s time-to-kill (TTK) and so on? Read on to find out.

The headshot efficiency on M5A3 is pretty good, which means headshots reduce the TTK by a lot.

The recoil pattern goes up and to the right in overall, but it bounces side to side a lot, and it makes the gun quite inaccurate.

6. Attachments
Silencer – The silencer doesn’t actually reduce M5A3’s range. It does, however, reduce its damage by 10%. It increases the overall BTK by 1, but due to the high fire rate M5A3 has, it doesn’t slow down TTK that much. (Only by about 80ms).
Close Combat Ammunition – This attachment seems to be bugged. Even though it says it reduces the effective range of the gun, it actually increases the first ranage radius from 20m to 30.1m. It does, however, reduce the second range radius from 50m to 40m. It also adds the third range radius of 50m. Beyond that, the damage falls off aditionally to 13.

Is it confusing? Let me make it simple!

High Power Ammunition – It extends the first range radius from 20m to 50m, and also removes the second range radius. Under 30m, the Close Combat Ammunition outperofrms this ammunition by a lot. Between 30m ~ 40m, this ammunition performs little bit better than the other one, but not by much. IMO, there’s no reason to use this ammunition for now.
Extended Barrel / Shortened Barrel – The gun is quite inaccurate from a distance because of its troublesome side-to-side bouncing recoil pattern. It’s just better to keep the combat distance short with this gun. Therefore, I highly recommand the Shortened Barrel, and recommand to avoid the Extended Barrel.7. Recommanded Build

There are some weapons that is at somewhere between one weapon category and another. M5A3 is an AR that kinda feels like an SMG. If you’re an aggressive, assulting player, M5A3 might be it for you. The grenade launcher, especially the smoke launcher can help with that playstyle a lot. Also, the armor piercing grenade punches through the Dozer’s shield. You can kill him with 2 shots. If you aren’t a fan of it, you can simply go for an attachment that increases the accuracy.