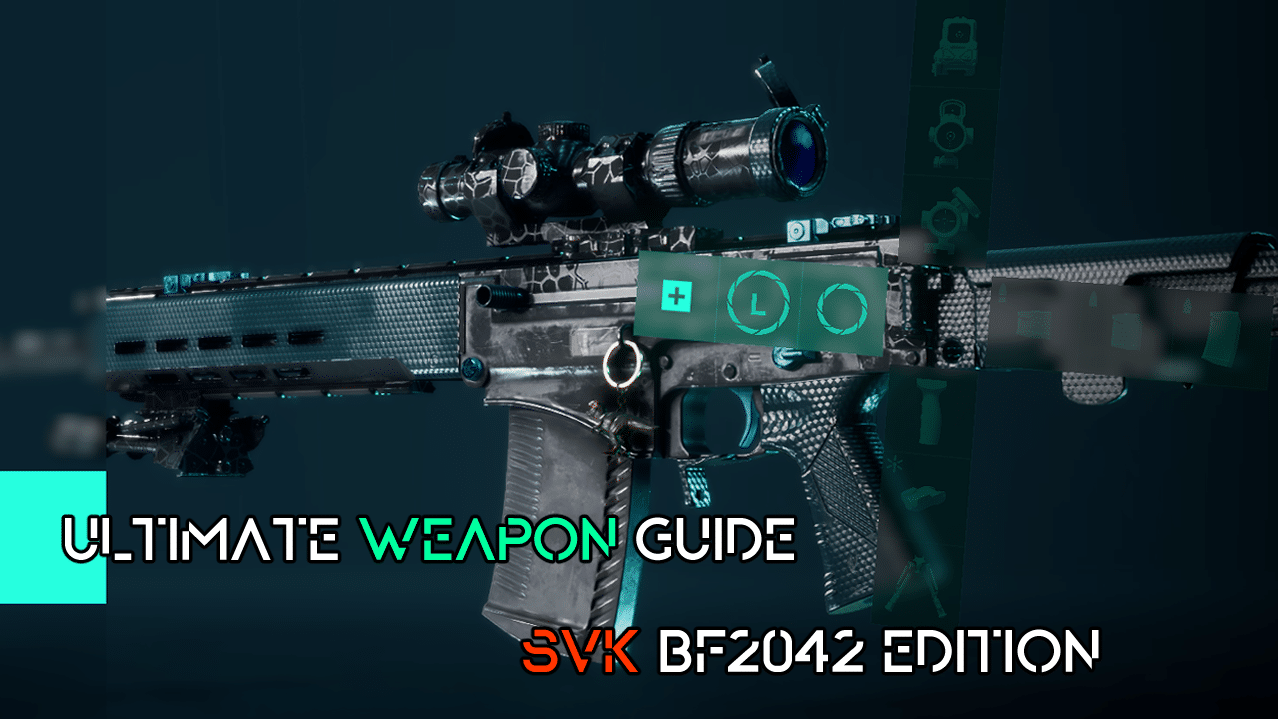 MP1st is back with another gun guide for Battlefield 2042! Same as before, MP1st contributor Sorang lays out the groundwork for one of the shooter’s weapons. This time around, we’re here with a Battlefield 2042 SVK gun guide, which should help given how meta the weapon is right now. I’m sure most of you are in the same boat as Sorang, feeling like a majority of the weapons in game just aren’t that satisfying to use because of the weird wide spread radius. Many of you have already put down you ARs and started to use SMGs or DMRs. SVK is definitely the best DMR in the game now, and some people argue it’s overpowered.

SVK boasts a 2 rounds at any range BTK, regardless of headshot or armor plates.

There is no range limit for the SVK when using high power ammunition, which the gun has by default.

However, beyond 20m the only weapon category that can outperform SVK in terms of TTK is an SR.

SVK has a recoil that technically goes up and left, but that doesn’t really matter because of how slow the fire rate is.

Silencer – The silencer doesn’t just reduce the gun’s range, but also its damage! It will increase the BTK and I would avoid this attachment.

Standard Issue Ammunition / Extended Mag – With this attachment, SVK gets a range limit of 40m. Beyond that its damage falls from 60 to 35. In return, the fire rate jumps significantly from 180 to 220, which brings its TTK under 40 just as fast as if it were an SMG. However, even with the increased fire rate, if you go beyond 40m your TTK goes down below the other DMR, DM7’s. This attachment also offers you a bonus to recoil control, but in actuality the overall recoil is stronger. This is because, while you have better recoil control, you’re also shooting bullets way faster and have less time to recover from recoil- which is to say that your recoil is worse despite the higher recoil control.

Extended Barrel – This attachment honestly seems bugged. Supposedly it lowers the fire rate, but that’s not what happens. I’ve tested it several times, and the numbers I’ve gotten have all been the same with and without it. I’m not entirely sure if this attachment increases the bullet velocity as it says it is supposed to, but it doesn’t have any penalty. So why not use it?

Note: This is not to say that this is the best build bar none, and there may be a build that works better for you, but for SVK I couldn’t think of any other build that would actually be as viable as this one.