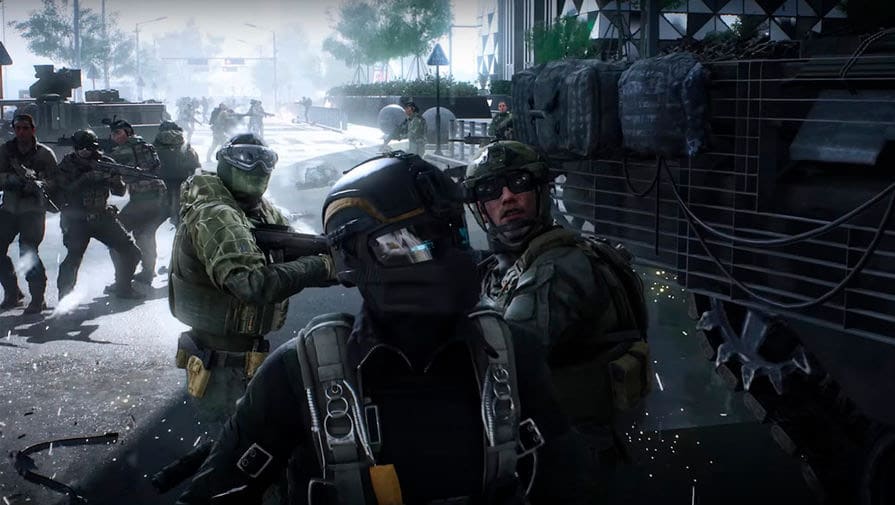 While we already know that Battlefield 2042 will feature AI soldiers (bots) to fill up servers, it seems that even playing with and against AI will move your character’s “overall progress.”

This tidbit of info was shared in the latest issue of PLAY (#2), where DICE shared info about Battlefield 2042. While most of the stuff covered have been discussed by DICE before, the magazine does mention this, “Dice has confirmed you can play both Conquest and Breakthrough with AI teams, which still adds to your overall progress,” which sounds like players will be able to progress their rank and such, even if they are playing with or against AI bots.

In the same issue, DICE mentions that Hazard Zone — which the studio has confirmed is NOT a battle royale mode — will “move the battle royale concept in a way only Battlefield can.”

Thast last bit about battle royale is intriguing. It sounds like it has similarities to battle royale, though won’t exactly be like the genre.

Interestingly enough, allowing players to progress (rank up) against bots is a good idea, though one that can be exploited, no? We’ll know for sure once we’ve had some hands-on time with the game later this year during the beta.