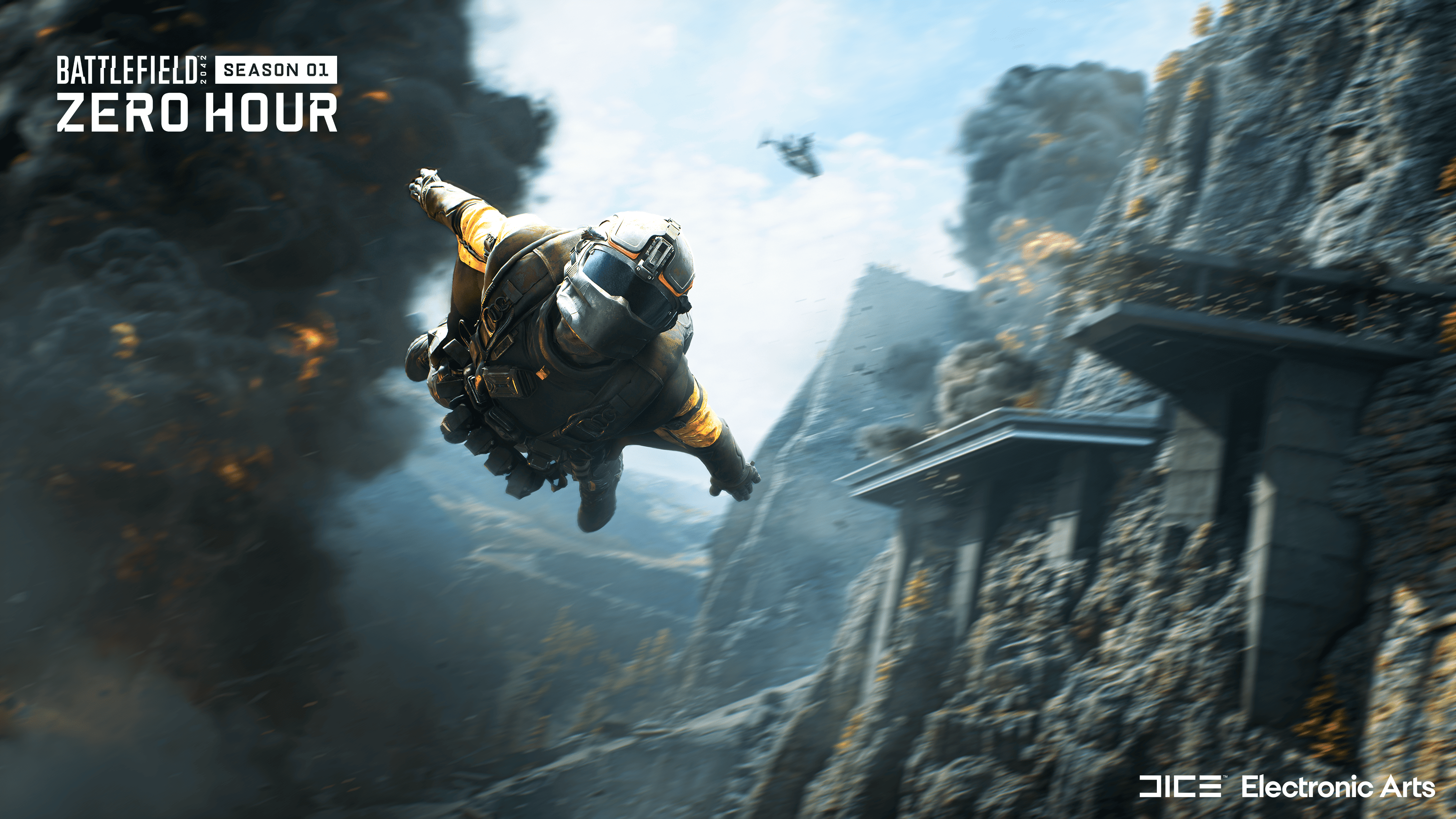 For those playing Battlefield 2042, this is one good week for you, as the Battlefield 2042 Season 1 release date is now locked for June 9 — yes, just two days from now! The first season of the shooter brings in a new Specialist in Ewelina Lis, a new map (Exposure), new weapons, and even the first Battle Pass!

Check out the explosive Battlefield 2042 Season 1 trailer below, and see what’s coming in just two days!

Thanks to EA, MP1st was invited to an invite-only early hands-on with the game, as well as a look at what’s coming on June 9! Check out the Season 1 new content overview below straight from EA!

Head to the Canadian Rockies and traverse the extreme vertical terrain of a new battlefield.  Ground-to-air combat as well as tight infantry fights await within caves and among ridges.

As vehicle killer expert Ewelina Lis joins the No-Pats, airborne enemies need to be on their toes.  Use her new rocket launcher to even the odds against the enemy with player-guided projectiles and  the Armor Hunter trait to get invaluable intel on damaged vehicles.

Quiet but deadly, this short- to mid-range crossbow is a versatile weapon. Choose from regular, light,  heavy, and explosive ammo and adapt to different combat situations.

Take out enemies from afar with a Sniper Rifle ideal for mid-range combat. This integrally suppressed  DMR fires high power and is absolutely lethal in the right hands.

Provide extra cover for your squad by laying down a wall of smoke. Use the Smoke Grenade Launcher  in both offensive and defensive situations to open up new windows of opportunity.

Dive into new features and arsenals of Battlefield 1942, Battlefield Bad Company 2, and Battlefield 3 as  Battlefield Portal expands. A new Builder toolset for Superiority mode is among the updates.

There’s also a new gameplay look at the new Specalist, Ewelina Lis and what she can do on the battlefield!

We’ll have more coverage of BF2042’s Season 1 all throughout the day, so stay frosty!

Bus Simulator Update 2.18 Out for Various Bug Fixes This June 7