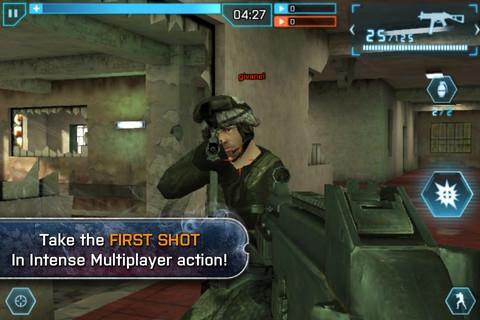 Battlefield 3: Aftershock Now Available for Free on the App Store

Luckily, this pocket-sized multiplayer game can be yours for the price of nothing. Thanks to a sponsorship with the upcoming movie, Act of Valor, Aftershock is free of charge. The app is universal; it’s compatible with iPhone (3GS and higher) and iPad, and is 287MB in size.

Features as shown on the App store:

Early ratings the game has received are not too encouraging (2.5 stars based on 73 users). If you’ve downloaded it, let us know what you think in the comments below!