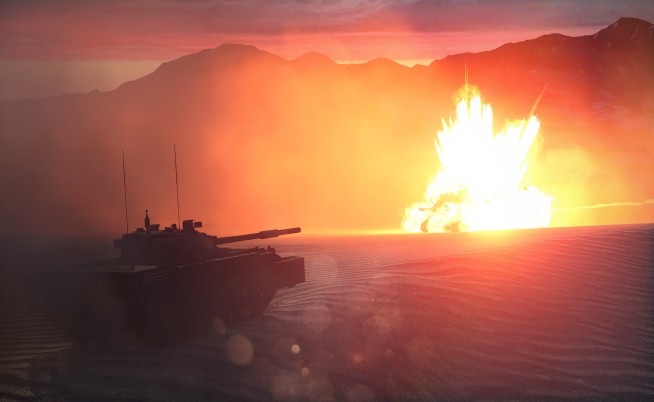 Great news for console players! “All AK maps have 5 flags on consoles,” according to Halling’s Twitter account. Playing 5-Flag Wake Island in the Back to Karkand expansion pack will probably give you a good idea as to the type of gameplay you can expect in Armored Kill.

Halling also clarified that “there are no urban maps in AK.” So, you can most likely forget maps like Sharqi Peninsula, even though it was somewhat vehicle-heavy, and say hello to wide-open maps like Caspian Border, Operation Firestorm and Kahrg Island.

Halling’s co-worker and Lead Designer Niklas Fegraeus recently had some interesting things to say about Armored Kill’s maps, which you can read up on right here, including more details on everyone’s most anticipated new feature/vehicle, the AC-130 gunship.

Speaking of the AC-130, we recently learned that it will not be pilot-able and will, instead, fly “on-rails.” To some, this came as a disappointment as many Battlefield fans were excited to be able to pilot such a devastating aircraft. Some still hope for change and also accuse consoles of being the factor holding back the DICE team from being able to make it happen. However, Halling made it clear, “I am not changing that, it’s not because of consoles. My design makes it balanced without making the weapons weak.”

While you’re here, you might be interested in these amazing Armored Kill screens or this exciting gameplay footage.

We want to hear from you in the comments. How do you think 5-flag maps will play out on the consoles which have smaller player counts?

Rumor – Black Ops II for Wii U Releasing This Fall?