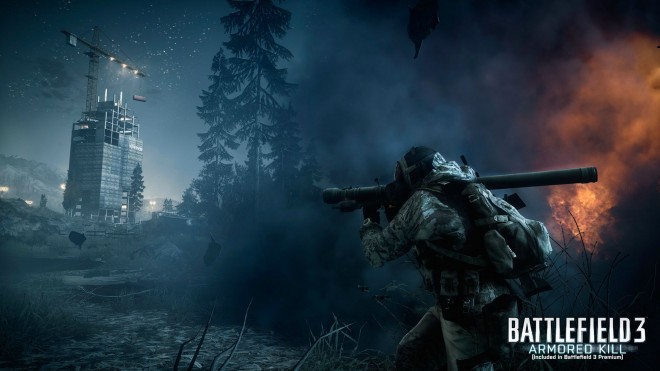 Learn all there is to know about Battlefield 3’s upcoming expansion pack Armored Kill, due out next month.

EA Support has kindly put together this FAQ, answering some of your burning questions. Read up on Tank Superiority, map rotations and server concerns. Additionally, check out the full list of vehicles that will be at your disposal on these four epic new maps, Bandar Desert, Alborz Mountain, Armored Shield and Death Valley.

What is Battlefield 3: Armored Kill?

Armored Kill is the third themed expansion pack for Battlefield 3, upping the ante with a slew of new options for vehicular mayhem, featuring new drivable tanks, ATVs, mobile artillery, and more.  Armored Kill is also the proud home of the “biggest map in Battlefieldhistory,” as well as the exciting new game mode, Tank Superiority.

What is Tank Superiority?

Tank Superiority will find two tank platoons up against each other as they fight tooth-and-nail for control of the single flag on the map. Expect massive tank battles and test your skills in the biggest land battle ever seen in Battlefield 3.

When is Battlefield 3: Armored Kill available?

Battlefield 3 players will have to wait until September 2012 to get in on the vehicular action. Stay tuned for specific release dates. [Update: we now know Battlefield 3: Armored Kill will release September 4 for Premium members on the PS3 – one week later for Xbox 360 and PC Premium users, two weeks later for non-Premium PS3 users and three weeks later for non-Premium Xbox 360 and PC users.]

How much will Battlefield 3: Armored Kill cost?

Will Armored Kill maps have separate rotations from the base game maps?

No. All Battlefield 3 base game and expansion pack maps can be mixed into the same rotation. It is up to the server administrator to set what maps he/she wants to include.

What happens if I join a server that has a mix of base game maps and expansion pack maps, and I don’t have that particular expansion?

You will still be able to join the server, but when a map from that expansion pack loads, you will be disconnected from the server.

Thanks, Rubén Santana, for the tip.