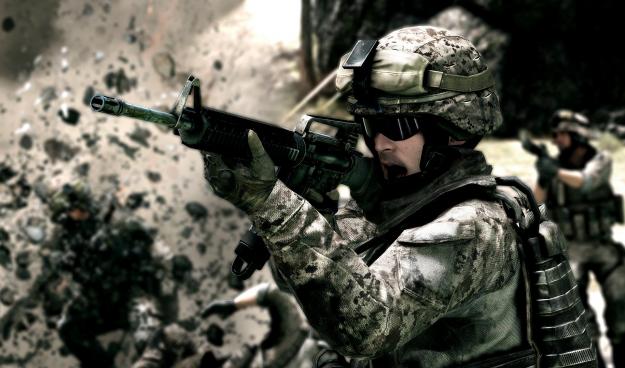 DICE seems to have opened up another channel for communicating with Battlefield fans about bugs and glitches in the Battlefield 3 Beta. Since last night, DICE’s Twitter account, Battlefield, has been taking concerns and responding to many, if not almost all.

It has been reported earlier that the Battlefield 3 Beta does not graphically represent the final build. It seems that Tim Kjell, Designer at DICE, may have hinted at confirmation of this. Since the Beta file was only 1.3GB, he was asked if this was because the graphics have been toned down. To this, Kjell responded, “There are many reasons, all of which are partially true. [Johan Andersson, Rendering Architect at DICE] amongst others are doing lots of good optimizations for final.” Do you think we will see a big or small difference in graphics when the game finally releases?

According to Community Manager Daniel Matros, it seems that the Beta will not be receiving any more updates. One fan suggested that the Beta should be updated so that more bugs and glitches could be caught and reported. Matros responded, “Valid concern. Now we do have a game to finish.”

Obviously, in-game squad issues have been receiving a lot of a attention lately. For many it’s a troublesome effort to play with friends and for others, it’s nearly impossible. Matros assures us that “We´ve heard what you all have to say and we´re discussing it.” Chances are, we will see some changes to the way we manage our squads in the final build.

Lastly, Matros was also asked if the Battlelog would be coming to Android. Here’s what he had to say: “Not sure. At the moment, battlelog will be on iPhone later.“

Make sure to check out this Mirror’s Edge easter egg in the Battlefield 3 Beta (click image twice for high resolution): 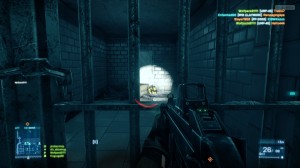 In the light, you can see the same bag used by the main character in Mirror’s Edge: 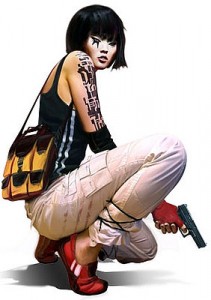 As most of you know, DICE is the developer of both Battlefield games and Mirror’s Edge. Could they by hinting at Mirror’s Edge 2?

Be sure to check out:
Battlefield 3 – Improvements To In-Game Squad Management Hinted At and More Beta Fixes