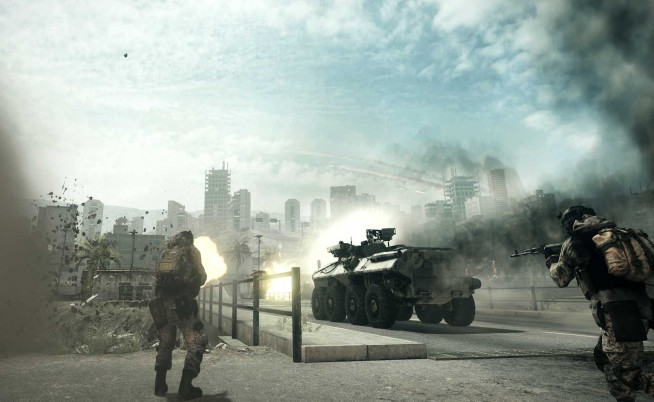 Update: Two more hints have been given by Tomas Danko as the easter egg has yet to be found.

According to Danko, “it will only happen if you are >110m and <350m from spotter + <350m from spotted AA and only if you are US faction.” Additionally, he’s provided this “Frostbite VO System 2.0 data driven logic flow” below. If you can figure it out what it actually means, it should lead to even more hints about this easter egg. Good luck! Read the original story below for full details.

“Can you find this BF3 easter egg? Hint: Team mate >110 meter away spots hostile AA, maybe something else is spotted afterwards. What is it?” Tweeted Danko yesterday. So far, no one has yet to find it.

As for further clues, Danko has stated that it can be found on “any map where there are AA [Anti-Aircraft, mobile or stationary],” meaning maps like Kharg Island, Wake Island, Caspian Border or Operation Firestorm (CQ). Obviously, this easter egg is VO (Voice-Over) related and could be pretty tricky to catch. Danko admits it’s “the hardest one to find” and that “it’s probably ridiculously hard to spot it, and you can’t really repeat it at will.” He mentions that the real question is “What is being spotted that is not the regular hostile?” His latest hint states that “It’s not a vehicle.”

You may wonder why he teases such an easter egg six months after Battlefield 3’s release. Apparently, “…a bug stopped this easter egg from working and the bug got fixed in a major patch a while ago. That’s why,” according to Danko.

So, what could it be? You may remember Back to Karkand and it’s radio easter eggs in certain locations which featured classic Battlefield 2 music. These were quickly found, however. We wish good luck to any one on the search of this particular goodie. Make sure to leave your findings in the comments below!