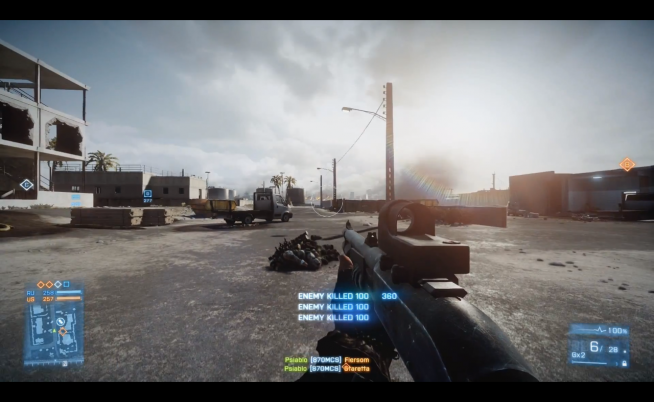 Alan Kertz of DICE has recently done some follow-up work on weapon and weapon attachment balance issues. For a full explanation, check out ‘Big Changes To Weapon Balance In Store for Battlefield 3‘ and ‘Battlefield 3 Dev Defends Weapon Attachment Re-Balance‘.

Kertz recently announced that he “playtested the accessories changes yesterday for several hours.” He concluded that “big buffs to heavy barrel and flash suppressor seem to have converts.” More interestingly, he also mentioned Shotguns in Battlefield 3. According to an in-depth analysis by YouTuber NitroGamingNet, shotgun balance is currently rather… not balanced. We highly recommend checking out his analysis.

In regards to this video, Kertz has stated that he has “taken direct action on the great suggestions.” He also mentioned that “for those who hate the USAS with Frag, the USAS didn’t have the reduced frag rate of fire like others. Expect that to be fixed.”

Let us know your thoughts on the balance between shotguns in Battlefield 3 in the comments below!

Battlefield 3 Patch in February, DICE Looking Into Squad Stability and Other Bugs