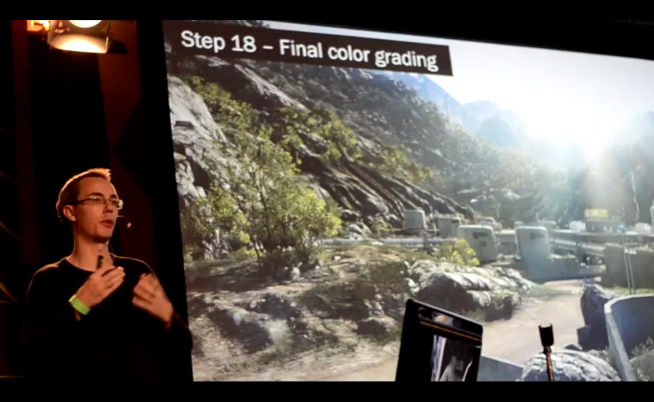 In an earlier article, we covered the different graphical settings that were available in the PC version of Battlefield 3, which you can view here. One very interesting point in the GeForce LAN 6 Keynote was that, apparently, the lowest settings on the PC are equivalent to what the graphics would be like on the console version of Battlefield 3. However, the fact that it read, “Similar visuals to consoles, lots of stuff disabled,” stirred up some concern among the console community. Many gamers have, since then, been looking for clarification from Johan Andersson, presenter of the keynote and Rendering Architect at DICE. Here are some things he had to say about the situation.

When one fan asked if it was true that the console versions would have “lots of stuff disabled,” Andersson admitted, “that was a bit poor choice of words, but the PC LOW & consoles obviously does not have every single quality feature PC HIGH has.” This makes sense and shouldn’t come as a surprise to many gamers. He continued to admit that “it wasn’t fully fair as the console version can’t be fully compared against the PC settings as it uses different techniques.” For example, “the shadows in the shadows in the final code are way better than PC LOW, same with animated vegetation and such.” This should hopefully clear up a few things for many console gamers and put worries to rest. On top of this, it has already been stated that the graphics on all platforms have been much improved since the Beta, especially on consoles. They will be receiving an additional HDD installation that will allow higher resolution textures to be streamed that would not otherwise be possible on the disk alone.

Andersson ended the conversation on a good note, saying “one should simply not compare console and PC settings” and that “the final console version looks great.”

What will you be playing Battlefield 3 on? Let us know in the comment section below!